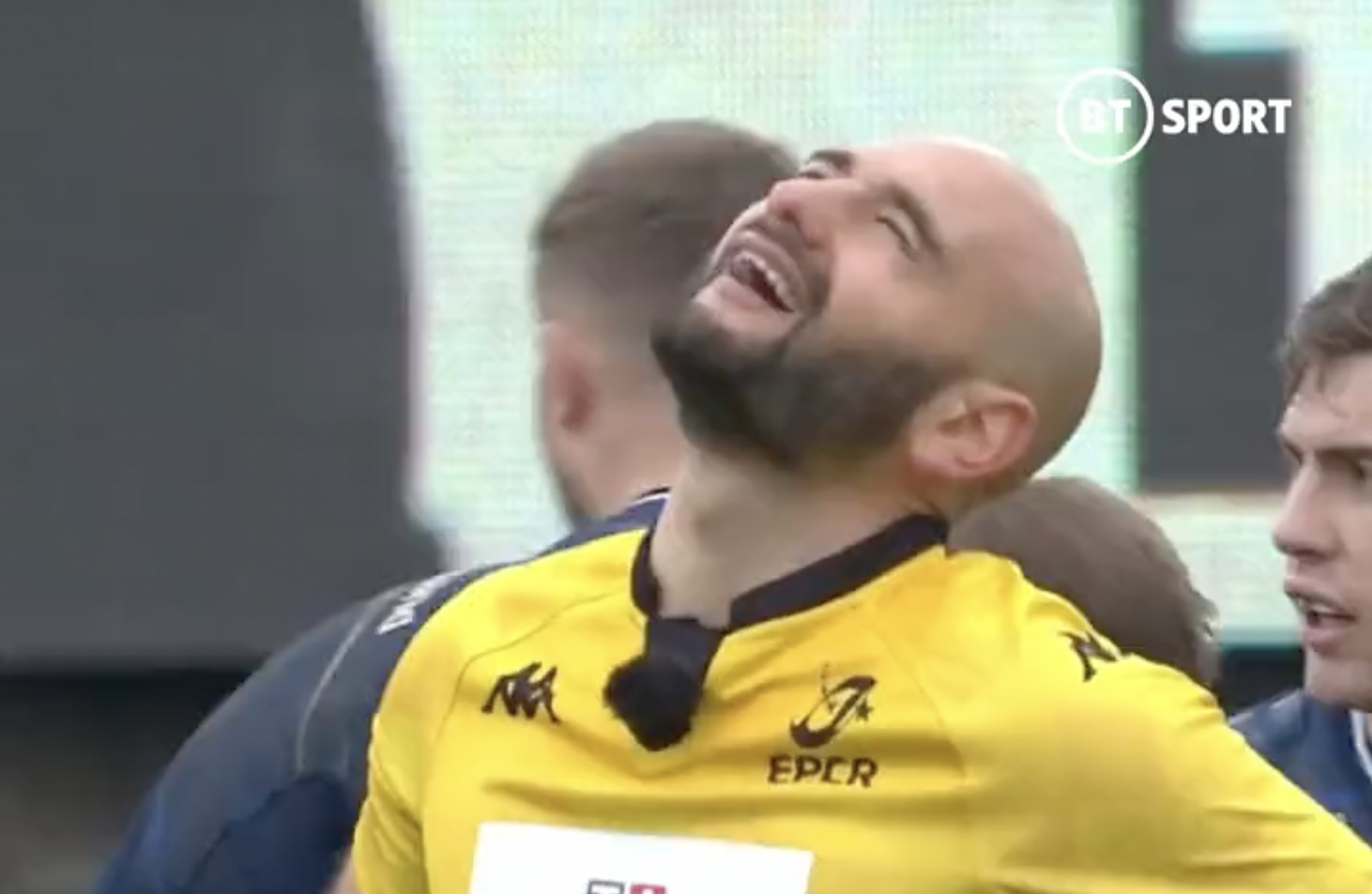 After the controversy surrounding some refereeing decisions that came out of Harlequins’ victory over Castres on Friday night in the Heineken Champions Cup, Bath and Leinster players were clearly hellbent on not experiencing the same today in their encounter at the Rec, and therefore devised a violent plan.

Leinster centre Garry Ringrose and Bath lock Charlie Ewels joined forces in trying to take out referee Andrea Piardi, and to be fair to them, they did a pretty good job. Ringrose carried the ball directly into the referee, who soon found himself sandwiched between the two in the first half at the Rec. Also to be fair to Piardi, he took a hit from two Test players like an absolute champ.

From Bath’s perspective, trying to injure the referee and his replacement and even the replacement’s replacement was probably the best bet in trying to get a result. An abandoned game due to a lack of referees was all Bath had to hope for going into the game after the Irish outfit posted a humungous 89-7 win over Montpellier in round three while Bath have only enjoyed one win this season in all competitions.