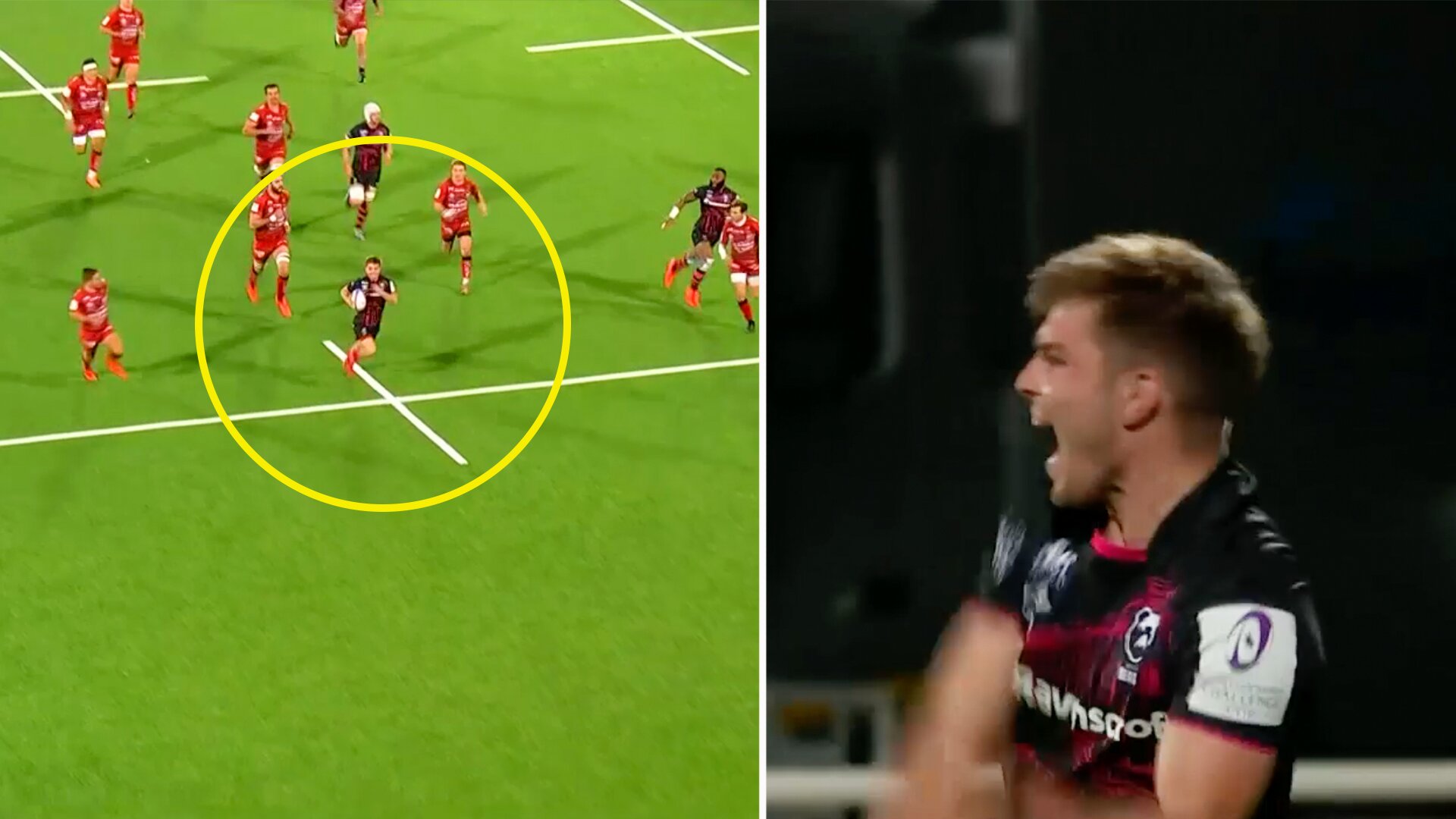 The Bears were showing no signs of a hangover from their Premiership pummeling last week at the hands of Wasps.

Semi Radradra was at the centre of this score as he gathered the kick-off from deep in his own half before lifting a soft little pop pass outside to for his winger Leiua to run onto.

Leiua races away down the line before giving it back inside to Radradra who draws in the scrambling cover defence creating the space Harry Randall who sprints away to score.

OH MY WORD! That is how you start a European final @BristolBears 🤯

DO NOT kick the ball to Semi Radradra, you have been warned!

The October 25 match at Twickenham is set to be an England vs Saracens type match after the Barbarians called up a further eight players from the London club, bringing their representation in Vern Cotter’s squad to eleven.

📞🗣 “Hi @Saracens – Can we borrow some more of the Wolf Pack please?”

Cotter said: “The addition of these eight players into the squad brings an exciting mix of versatility, experience and youth.

“We are collecting a very strong mix of players and are looking forward to getting together in camp next week and creating a Barbarians team that will deliver the brand of rugby with flair, passion and excitement for which we’re known across the world.”

Second row Swinson was chuffed with his call-up. “Sarries tempted me out of retirement back in July, and it was such a good opportunity to play for my boyhood club and extend my career,” he told the Saracens website. “Adding a Barbarians shirt to that next week will be a huge honour and I can’t wait to get into camp and build for the Quilter Cup.”