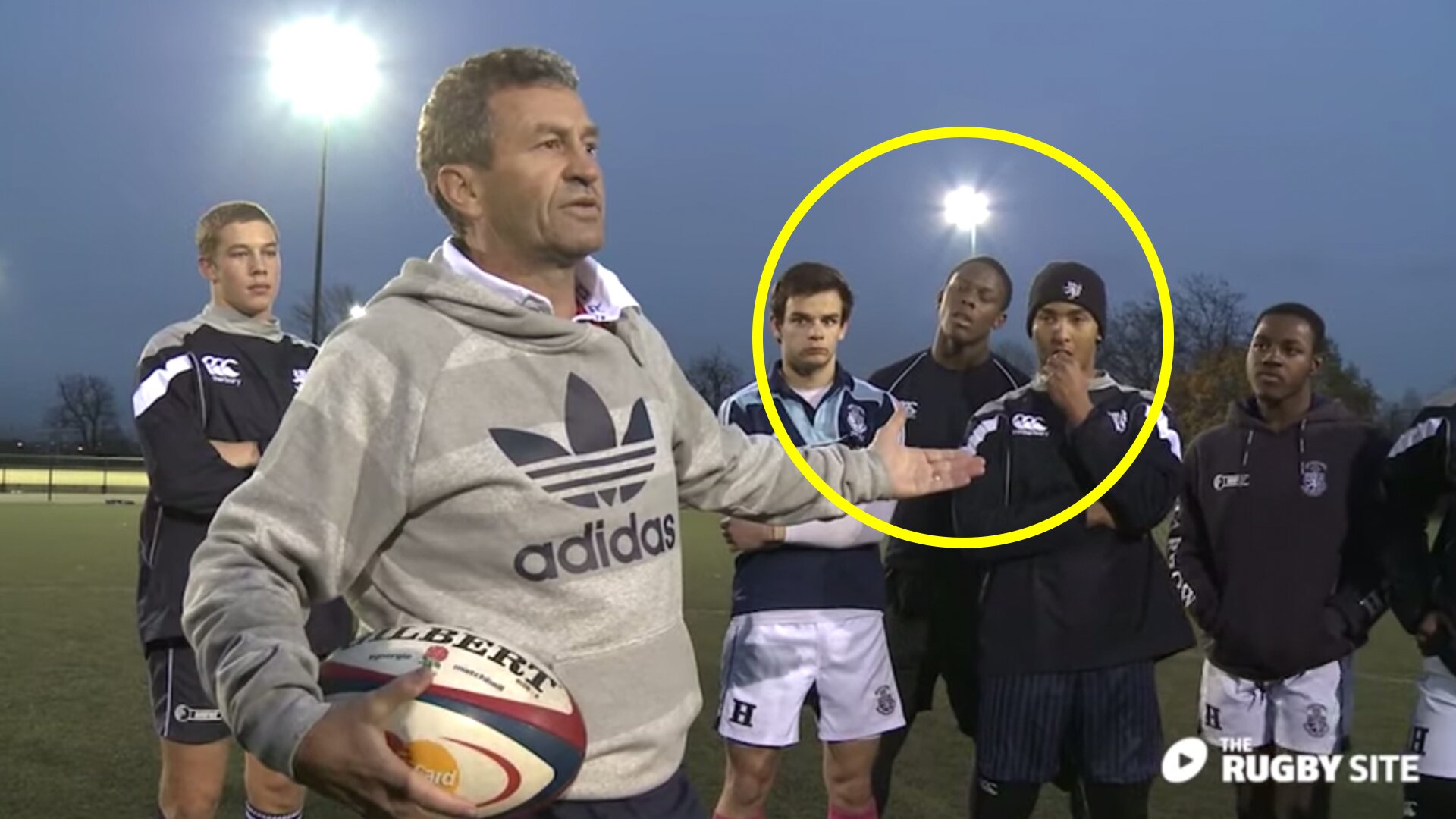 Incredible footage has emerged showing a young Maro Itoje training during his schoolboy days for Harrow School in London. The England star would just have been around 16 or 17 at the time of filming.

Maro Itoje is now one of the most recognisable faces in the sport, with sponsorship deals, the right team and success on his side.

We were lucky enough to get a glimpse of the world-famous rugby star before he made it big, playing schoolboy rugby, or training for that matter.

The Rugby site, which is a site dedicated to posting informational rugby content, posted a clip from their archives showing World Cup-winning All Black coach Wayne Smith, talking players through a passing drill.

We couldn’t help but notice a young-looking Itoje in the background as the legendary coach talked the young students through a passing drill. Maro Itoje broke onto the rugby scene properly in 2014 when he excelled for England in the 2014 Under 20s Championship. However, as you can see here, he is still very young, probably about 16 when this was filmed.

The 25-year-old has established a reputation as being one of the biggest sh*****es in the sport with a niche for winding players up on the opposition team.

This highlight reel is labelled ‘King of the Trolls’ and shows him winding people up.

Back in 2012, when this was filmed, we see a far younger man who was just getting his teeth into the sport and eager to learn.

It’s very intriguing to notice the interesting different little bits of body language in the video which show just how engaged he was with rugby from a young age.

In one clip you can see him standing apart from his peers at the very front of the group as Wayne Smith explains a drill. He was certainly keen to learn from a young age.

How long does it take you to spot the young Itoje in this schoolboy clip.