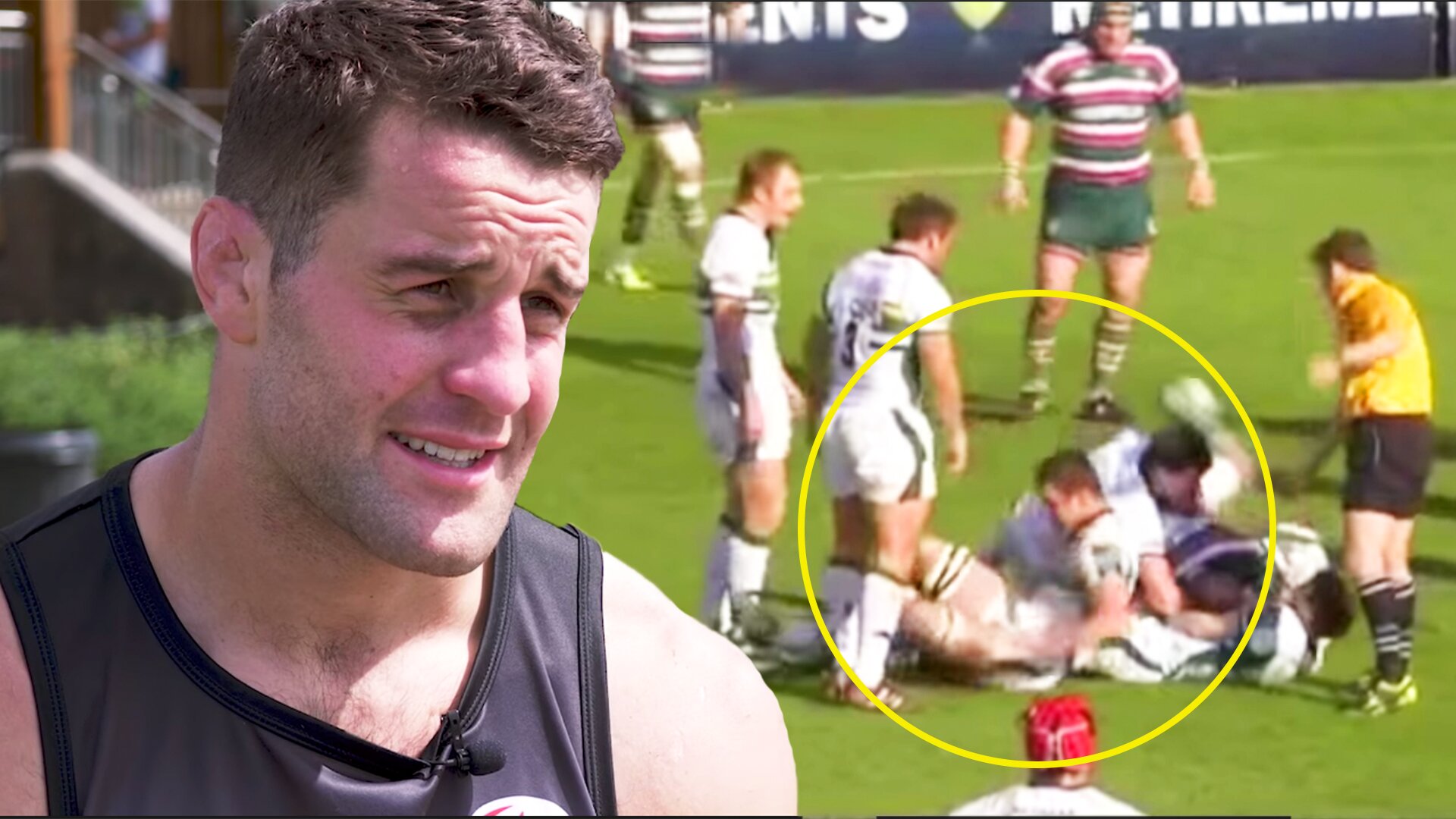 Fans express outrage as Calum Clarke is selected for the Barbarians

Some rugby fans have expressed anger and disappointment at the recent selection of Calum Clarke for the Barbarians team to face England.

The Saracens back-rower is a controversial figure in rugby after a series of high profile pieces of foul play that has earned the 31-year-old a reputation as one of rugby’s dirtiest players.

The most infamous moment of Clarke’s career came after he broke the elbow of an opposition player in a Northampton Saints vs Leicester Tigers match back in 2012. He was handed a seven month ban in what was seen as one of the most shocking pieces of foul play in rugby history.

Calum Clarke’s career has been full of these kind of incidents as the video below shows. His infamous arm-twist comes right at the start of the Andrew Forde montage.

The Barbarians today made a number of additions to their squad to face England on the 25th October. Clarke’s inclusion certainly riled up some fans.

Calum Clark… really? Doesn’t exactly represent what the Barbarians stand for but ok. Sad to see Calum Clark getting the honour of an invite to the Barbarians https://t.co/Fx8nnUZCzj

What do you think? Does Clarke being selected for the Barbarians go against the values of the team? Let us know.

Bristol will be propelled into the Gallagher Premiership final against Exeter if Wasps fall to the outbreak of coronavirus that has placed their October 24 participation at Twickenham in doubt.

The Bears were crushed 47-24 at the Ricoh Arena in last Saturday’s play-off but would be given a reprieve on the strength of finishing higher than Bath – the other losing semi-finalist – at the end of the regular 2019/20 Premiership season earlier his month.

Four Wasps players and three members of backroom staff produced positive results for Covid-19 last Wednesday and are now self-isolating, with the club also cancelling training for the remainder of the week.

An additional batch of testing will take place on Saturday, with the results due on Monday, and then a final round will be conducted on Tuesday with the outcome to be announced the following day.

If a further spread of the disease prevents Wasps from facing Exeter in London, Bristol will then take their Premiership final place.