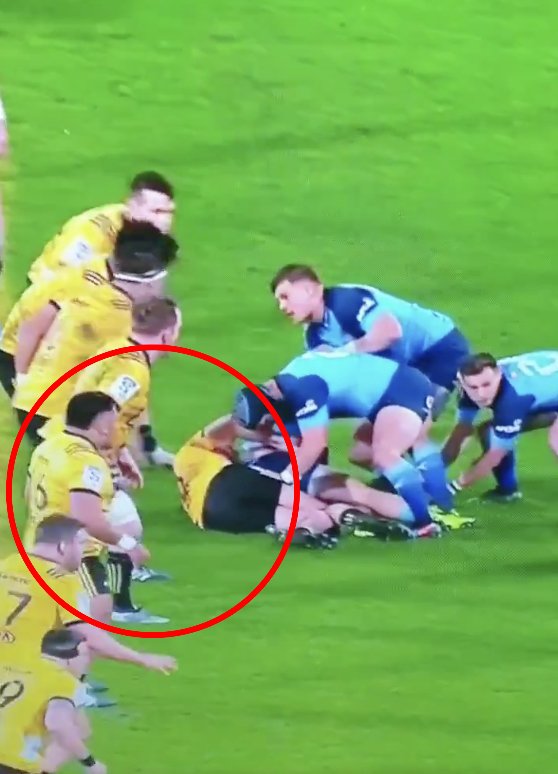 Now we’re not going to say that the referee was from New Zealand, but we just did. You hate to see it, especially when the Bulls have played so well this year.

The Bulls lost to the Hurricanes today in a closely contested match. But could the game have been much closer if this shoulder charge (which made contact with the head) was carded?

How can a referee and the officials miss this?

This is a card for a shoulder charge! Penalty Bulls! Can we please get out of SuperRugby and onto Europe! This is very bad officiating. #HURvBUL #SuperRugby pic.twitter.com/YVdVK77pPx

In other news: Junior Wallabies name team for Under 20s final

The Junior Wallabies side to face France U20s in the World Rugby U20s Championship Final has been named with Triston Reilly and Will Harrison returning to the starting XV.

Flyhalf Will Harrison has been cleared from a concussion alongside Aussie 7s squad member Triston Reilly who will return to the wing. Pata Tafa is available for selection after serving a one match suspension received from World Rugby judiciary and returns via the bench.

Australia comes into the final after defeating tournament hosts Argentina 34-14 in the semi-finals and will be looking to prevent defending champions France U20s from going back to back.

This is the second time the Junior Wallabies have made the final with their last appearance against New Zealand in Argentina in 2010.

Junior Wallabies Head Coach Jason Gilmore said: “The boys are excited to have one final match together and for it to be in the final against France is awesome.

“We have a full complement with Will Harrison, Triston Reilly and Pat Tafa back.

“It’s not every day you get to play in a World Cup final. The team is ready to go and will represent themselves, their families and all the supporters back home with everything they have.”

The Final will be broadcast LIVE at 4.20am AEST on Fox Sports 506 and Kayo Sports on Sunday 23 June.