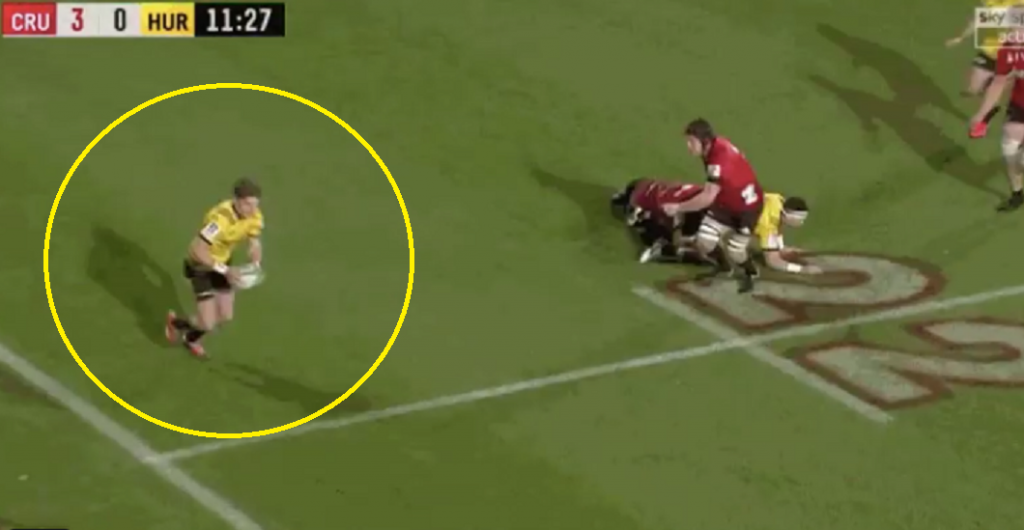 Beauden Barrett has always been known to have an acute eye for any opportunity, anywhere on the pitch and Saturday’s Super Rugby semi-final against the Crusaders was no different.

The fly-half is happy to back himself anywhere on the field, and that has helped him develop into one of the world’s leading 10s.

The All Black found himself in a situation early on against the Crusaders where he received the ball deep in his 22. Most fly-halves’ first instinct would be to kick, but Barrett decided to attack the outside channel before looping round teammate Jonah Lowe. With limited space by the touchline, the 28-year-old pulled off a 40 metre banana kick into touch.

This was the kick:

Very touch-rugby exchange between Beauden Barrett and Salesi Rayasi with Barrett making himself available outside the cutter after his pass. Then the banana kick is a sick joke. pic.twitter.com/DTSSLHYFvO

As seen here, Barrett has rarely been conventional and he has always backed his pace, which is why he has twice been named the World Player of the Year.

Of course, something like this could go horribly wrong, as it does sometimes for Barrett, but more often than not he can pull off what few other 10s can.

New Zealand Rugby (NZR) and the BNZ Crusaders have today announced the outcome of an employment investigation into allegations made about the behaviour of two Crusaders players while on tour in South Africa last month.

“NZR’s investigation has found that the allegations against George Bridge were not upheld,” said Cass.

“With regard to Richie Mo’unga, the NZR investigation found that the allegations also could not be substantiated. Given the seriousness of these allegations, and the potential consequences, we needed to be confident that what was alleged, actually took place, and we weren’t,” said Cass