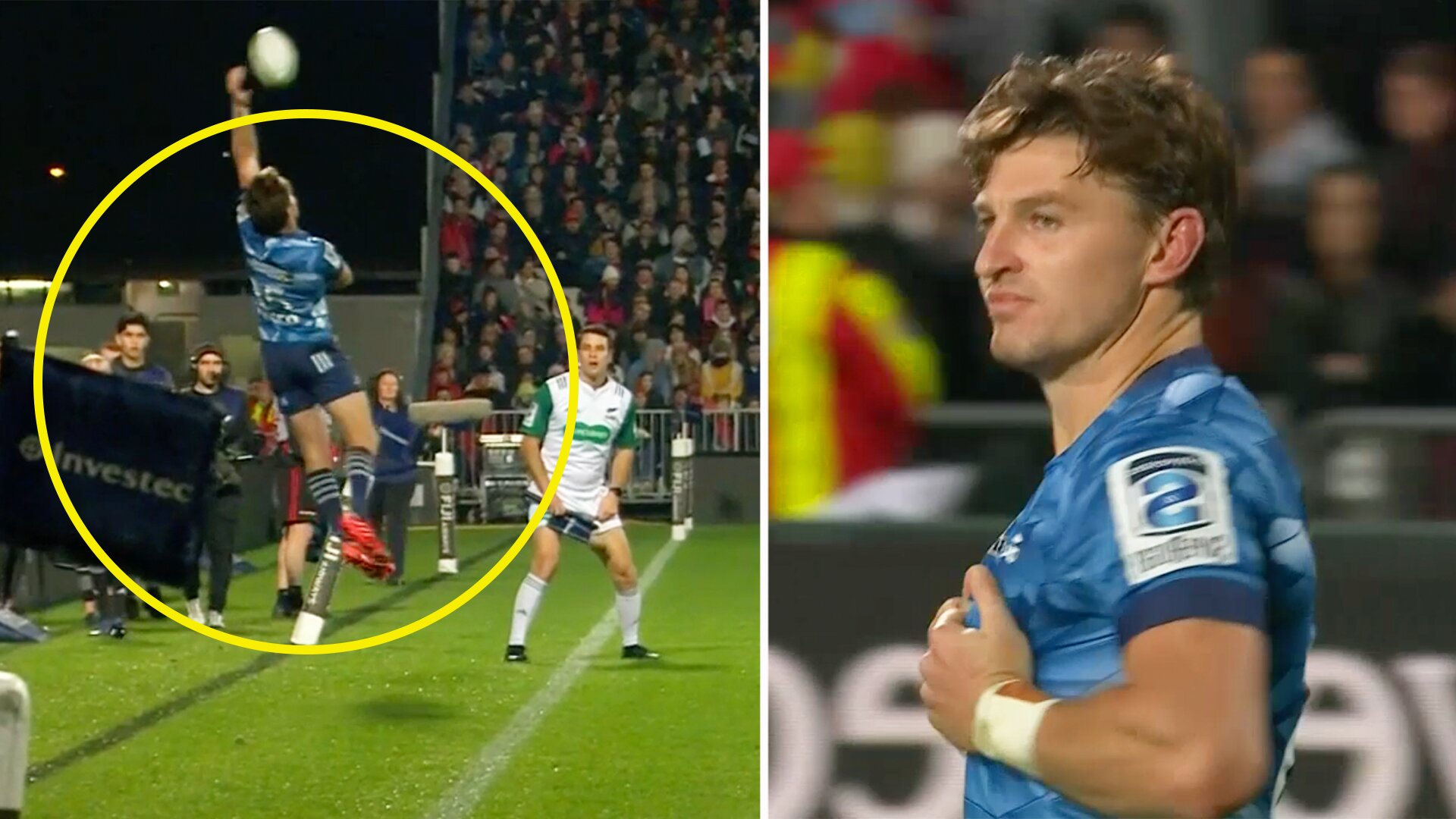 Beauden Barrett wowed the packed out crowd in Super Rugby Aeotearoa tonight as his Blues side took on the Crusaders in Christchurch.

This pivotal Super Rugby match had been billed as the Super Rugby decider and the first half more than lived up to the hype.

This unbelievable piece of skill from the All Blacks full-back showed that the Auckland Blues stars were more than up for this contest.

The Blues started the game strongly with a well taken try from winger Mark Telea who dived over to score with an acrobatic finish in the corner to give the Blues a surprise lead against the Crusaders.

how about this for a finish?!

All eyes were on Beauden Barrett in this huge clash and the full-back delivered in the first half.

This physics-defying piece of skill showed just how good he is.

England and Lions hooker Jamie George has become the latest star player to commit to playing with Saracens in next season’s Championship, the 29-year-old inking a deal with the Londoners that will keep him at the club until 2023.

A childhood supporter and academy graduate, George has played 226 times for Saracens since his debut in 2009 after being part of the Class of 2008 alongside Owen Farrell, Jackson Wray, George Kruis and Will Fraser.

Despite Saracens’ impending relegation to the 2020/21 Championship following repeated salary cap breaches, George was enthusiastic about what the future holds for Mark McCall’s side.

“I couldn’t be happier to have signed for a few more years,” he said following confirmation of his extension. “I well and truly believe Saracens is my home and the way the club have looked after me over the past ten to twelve years has been unbelievable.

“Another big reason for me signing is the group we have still got at the club. We’re a stronger group than we have ever been.