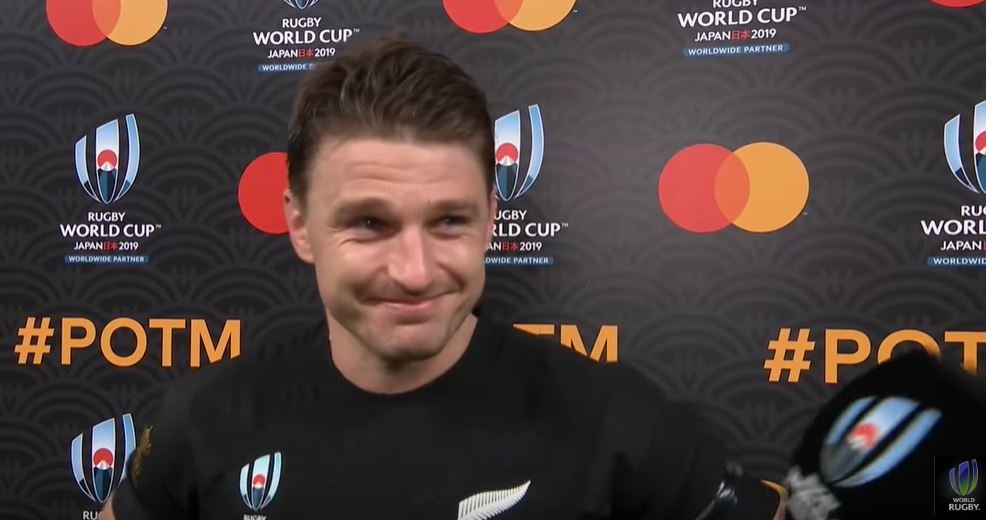 A different side to Beauden Barrett.

The Barrett brothers lost a grandfather and it was mentioned in post-match interview.

“It’s been an emotional week for my family. We wanted to play well for him tonight. Thinking of you up there, love you, Grandad Ted.”

“It was great fun. Whenever you play the Irish you know they’ve got such a tremendous fanbase and it’s always a super special atmosphere. And there are so many All Blacks’ supporters here, so thanks very much for coming out. It really helps.”

“We just wanted to play well. We wanted to bring that intent tonight. It’s do-or-die footy. We knew the reality was we could have been going home if we didn’t bring it tonight.”

“We’re really proud of that performance. We knew in previous games against Ireland they’ve probably got the better of us up front and we knew it had to start there. The work the big boys did to dominate most parts of this game certainly helped the backs to exploit the space. It was a huge effort, we put a lot into this.”

“We thought if we stick some points on in the first 20 it would help the outcome of the game, challenge Ireland and how they would play being behind on the scoreboard. Thankfully our start allowed us to do that.”

On creating a try for brother, Jordie Barrett (NZL):
“It was special. Being out there with my brothers is always special. It’s something we can cherish.”

On facing England next:
“We’re aware they had a good game against Australia today. It’s always a tough battle against the English. It’s important for us to celebrate tonight and start thinking about England tomorrow.”