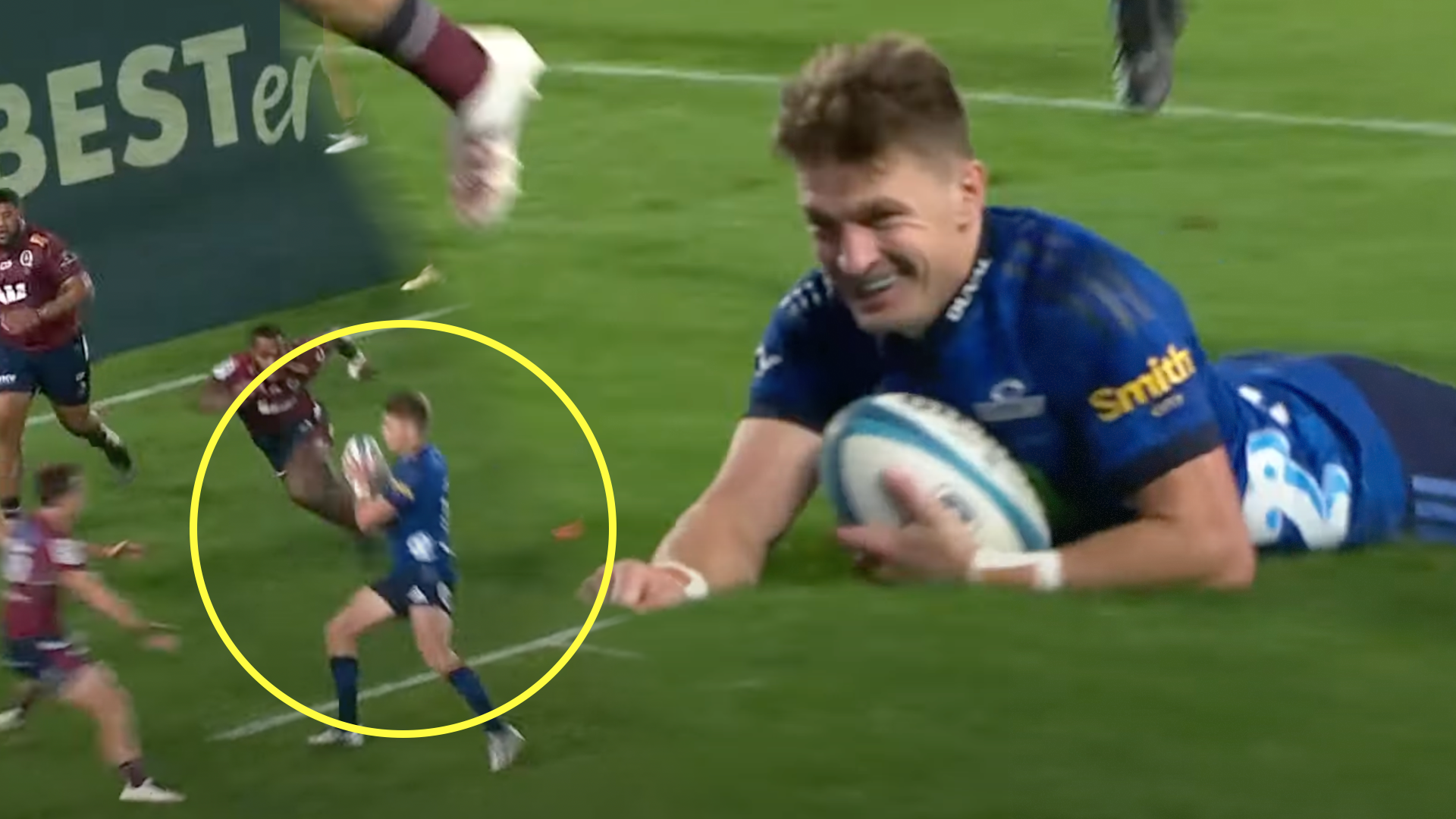 Beauden Barrett has the Blues purring at the moment, as they posted over 50 points for the second game in a row on Saturday and cemented their place at the top of the Super Rugby Pacific table.

The Reds were the unlucky opponents as the Blues produced a second half blitz brought a 53-26 win after only leading 22-14 at half time at Eden Park.

The All Blacks No10 scored a try, assisted tries and came close on a number of occasions, but his assist for Caleb Clarke’s second try was particularly special. This was just as the Blues were kicking into gear early in the second half, and it showed that the 30-year-old is playing on another level to most players.

After receiving a pull back pass from No8 Hoskins Sotutu near the Reds’ line, Barrett was surrounded by three tacklers but was able to produce what can only be described as a one handed lob to his winger, who sauntered over the line. The pass looked fairly agricultural, but it was the only way that the former Hurricanes No10 was able to get the ball away, as a two handed pass or a more conventional one handed offload would have been blocked by the tacklers. It was the only way to get the ball away, and it required one of the best players in the world to execute it.

“It’s boring and I keep saying it, but it’s our preparation that goes into each day and each moment,” Blues captain Dalton Papalii said.

“The playoffs … we’ll think about that later on. But right now we just we celebrate this one and it’s on to the next.”