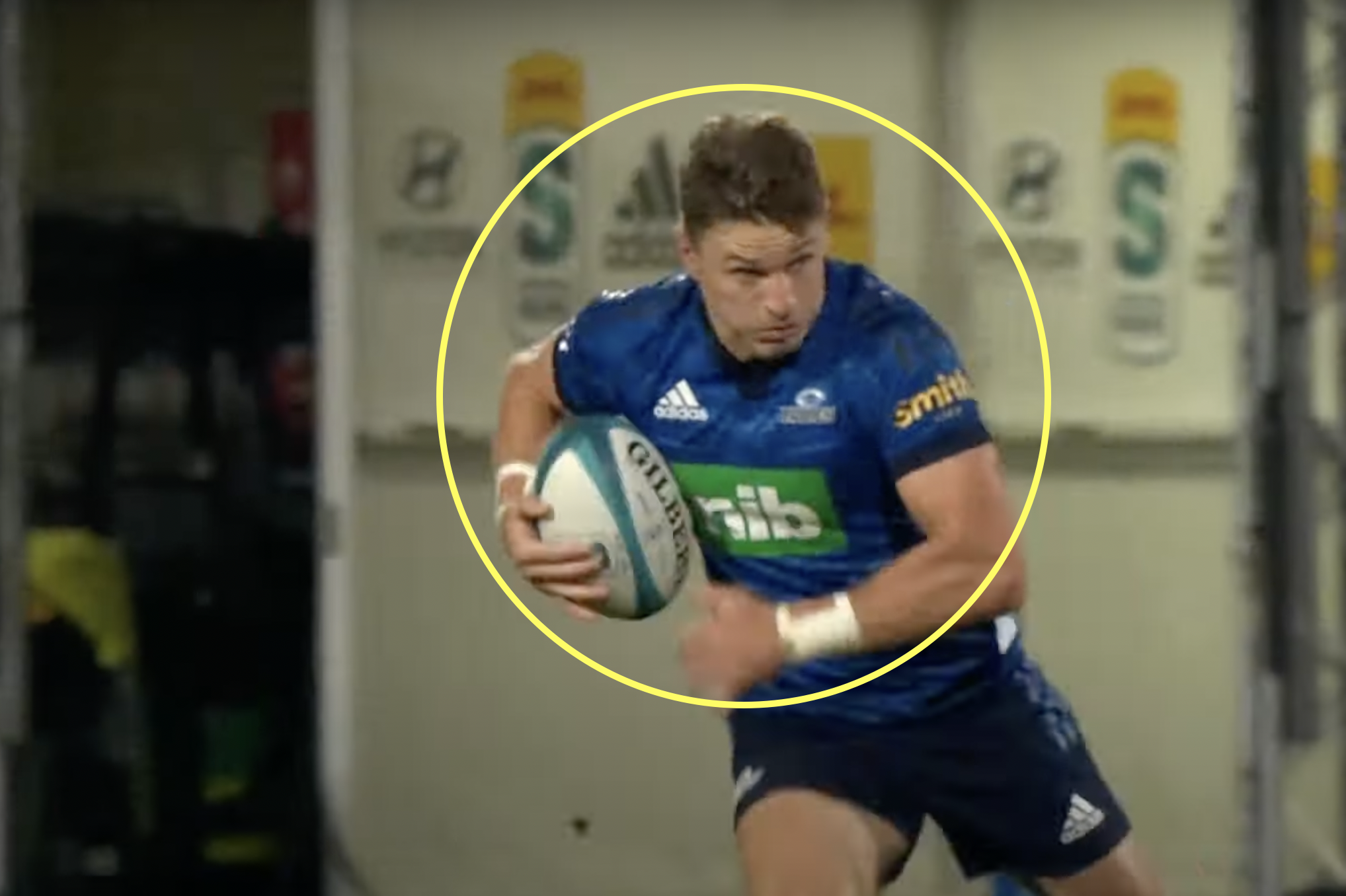 As far as form players and teams in world rugby go at the moment, Beauden Barrett and his Blues are very near, if not at, the top of the pile.

After guiding his side to a second consecutive 50 point match on Saturday, beating the Reds 53-26 at Eden Park in Super Rugby Pacific, some interesting footage has appeared from the game.

It is not of the try he scored, his blistering pace he showed on occasions, or his ability to set up tries, it was actually a nifty kick off routine he had with fullback Stephen Perofeta.

Now if you look at the image below, 99 people out of 100 would think that the kick is going to the right (from the Blues’ perspective) with Perofeta about to kick it, and the Reds would be forgiven for thinking that too. 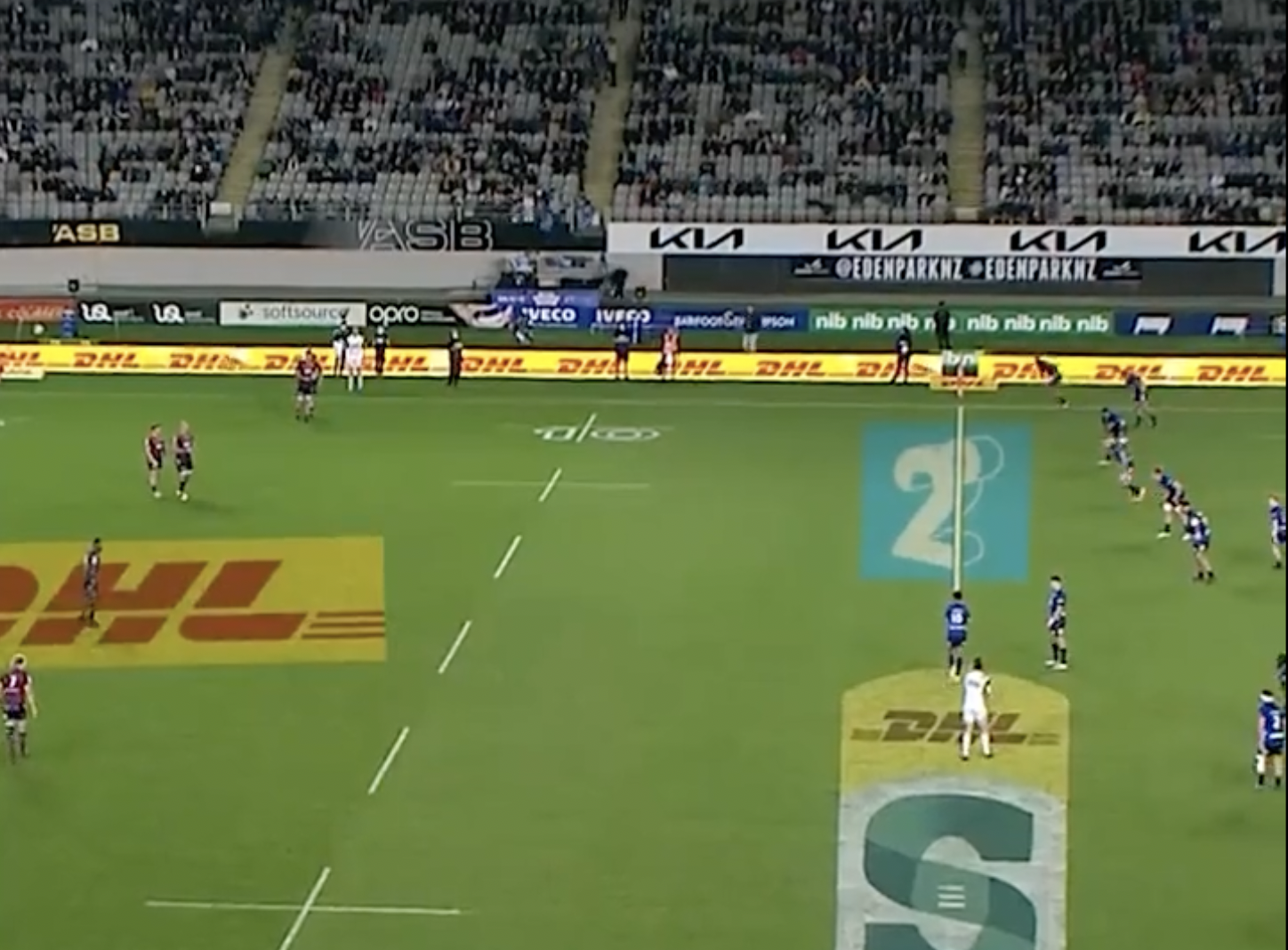 However, within a split second, the ball was actually going to the Blues’ left with winger Caleb Clarke chasing and retrieving it. How did they do it? Well after shaping up to kick right, Perofeta quickly popped the ball to Barrett behind him, who fizzed a kick cross field to his winger.

A move like this is not often seen in rugby, but it is something that would be expected from one of Barrett’s Blues predecessors Carlos Spencer. In fact, the Blues actually wrote “Straight out of the Carlos playbook” on Twitter alongside the video of the kick.

This is not exactly complex, and may be copied more often, but it just so happened that it was performed by one of the best players in the world at the moment. It goes to show that when you are in form, you have the confidence to pull new things off, and moreover they often work.

The win cemented the Blues’ place at the top of the Super Rugby ladder ahead of a clash with second place Brumbies in Canberra this Saturday.

Take a look at Barrett’s kick:

Straight out of the Carlos playbook pic.twitter.com/M7zBkIUHSz