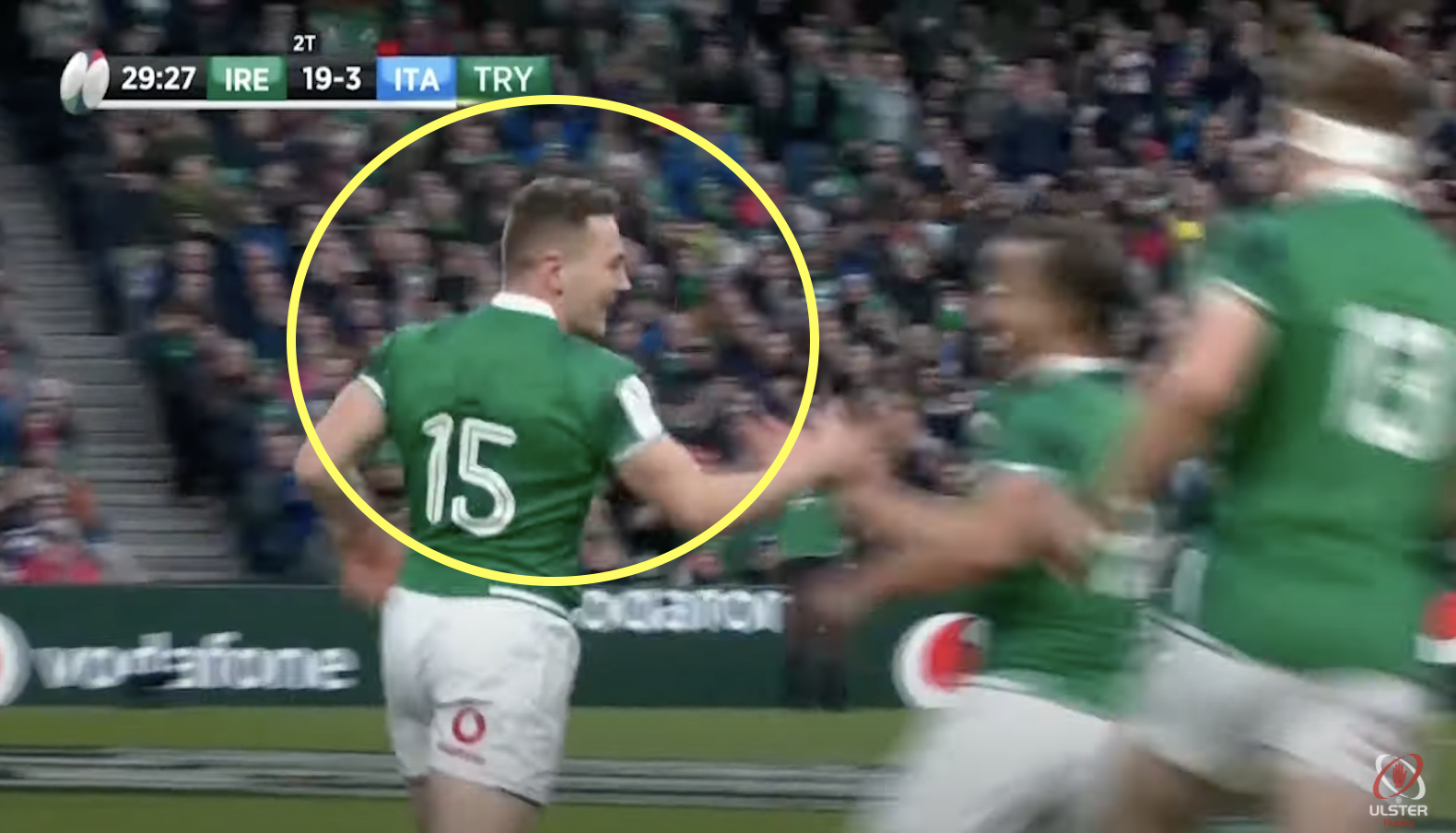 Behind the scenes footage of Michael Lowry is a must-watch

If Michael Lowry was not such a good guy and so selfless, he would have been celebrating a hat-trick on his debut against Italy at the Aviva Stadium. Instead, the Ulster fullback will have to settle with just the two tries in what was a hugely impressive first outing for Ireland.

There has been plenty of chatter of what he did on the field in the Six Nations, but footage has emerged of the 23-year-old in the changing room before the game, and it only makes him more popular.

A video by Stuart McAvoy on Twitter shows how excited Lowry is pre-kick-off, as he paces across the changing room smiling like a child at Christmas. Then again, it is no surprise he was smiling if he knew what a performance he was about to put in.

“It’s everyone’s childhood dream to just play for Ireland and to get an opportunity playing Six Nations is unbelievable and a moment I’ll never forget and an emotional one,” he said after the match.

“And to top it off to get on the scoresheet is even better.

“I tried to enjoy myself. We’ve worked hard and I suppose that’s the tough part, the start of the week and getting on page with everyone, and this is the fun part going and playing games.

“I just tried to compose myself and not let the emotion get to me. Everyone loves scoring a try and to get it on your debut is class.”

Lowry also received the plaudits of his captain on the day, Peter O’Mahony.

“He’s a top man,” said O’Mahony. “I’ve played against him and you see how brave and how tough he is, the impacts that he takes is just phenomenal.

“He just seems to bounce up off the ground every time. He’s come in the last few weeks and he’s fitted in seamlessly.

“He’s been incredibly diligent with his work and what he needs to do, and I thought that play summed him up, passing that ball there.