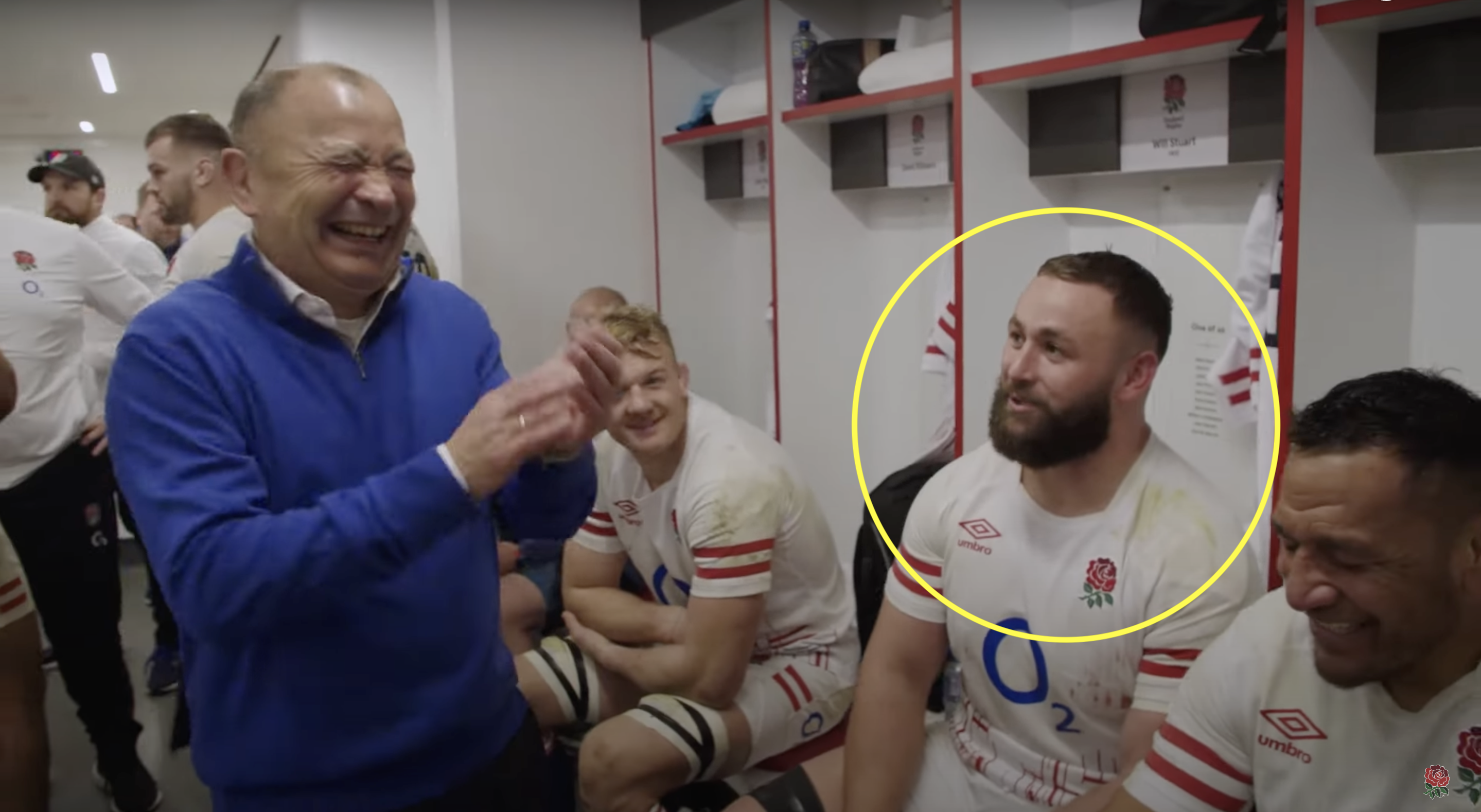 Will Stuart might have saved the day for England last Saturday against the All Blacks and salvaged a draw for his side with two tries, but he was not immune from getting some stick from his teammates for the way he scored them.

Both of his tries went to the TMO and both times he showed some unorthodox methods of grounding the ball. The first looked as though he was trying to present the ball back to his teammates with a squeeze ball, meaning he grounded the ball between his legs. The second saw him just ground the ball, then try and wrestle the ball back to presumably recycle the ball again.

Despite his heroics, his teammates and Eddie Jones couldn’t help but laugh after the match in the changing room. In footage recently shared on England’s latest episode of O2 Inside Line | The Next Level, Stuart was introduced by Mako Vunipola as the “two try hero” before Jones walked over and asked “Do you reckon he knows how to put the ball down?”

Jamie George then joined in on the action, saying: “A squeeze ball over the line? What are you doing? You’re the sketchiest try scorer ever. Both tries you presented back over the line!”

Stuart tried to defend himself by saying: “Honestly, I thought I was ten metres away from the try line. I was going for the squeeze ball.”

Jones addressed this in the press conference after the match. “Will’s got a special session on Monday – how to score a try,” he said. “I’ve never seen a player try to put the ball between his legs and score a try! It’s the most unusual technique!”

Stuart added: “I nearly botched that first try completely and Eddie said I need to sort out my finishing drills, so I might be doing some of that with the wingers!”