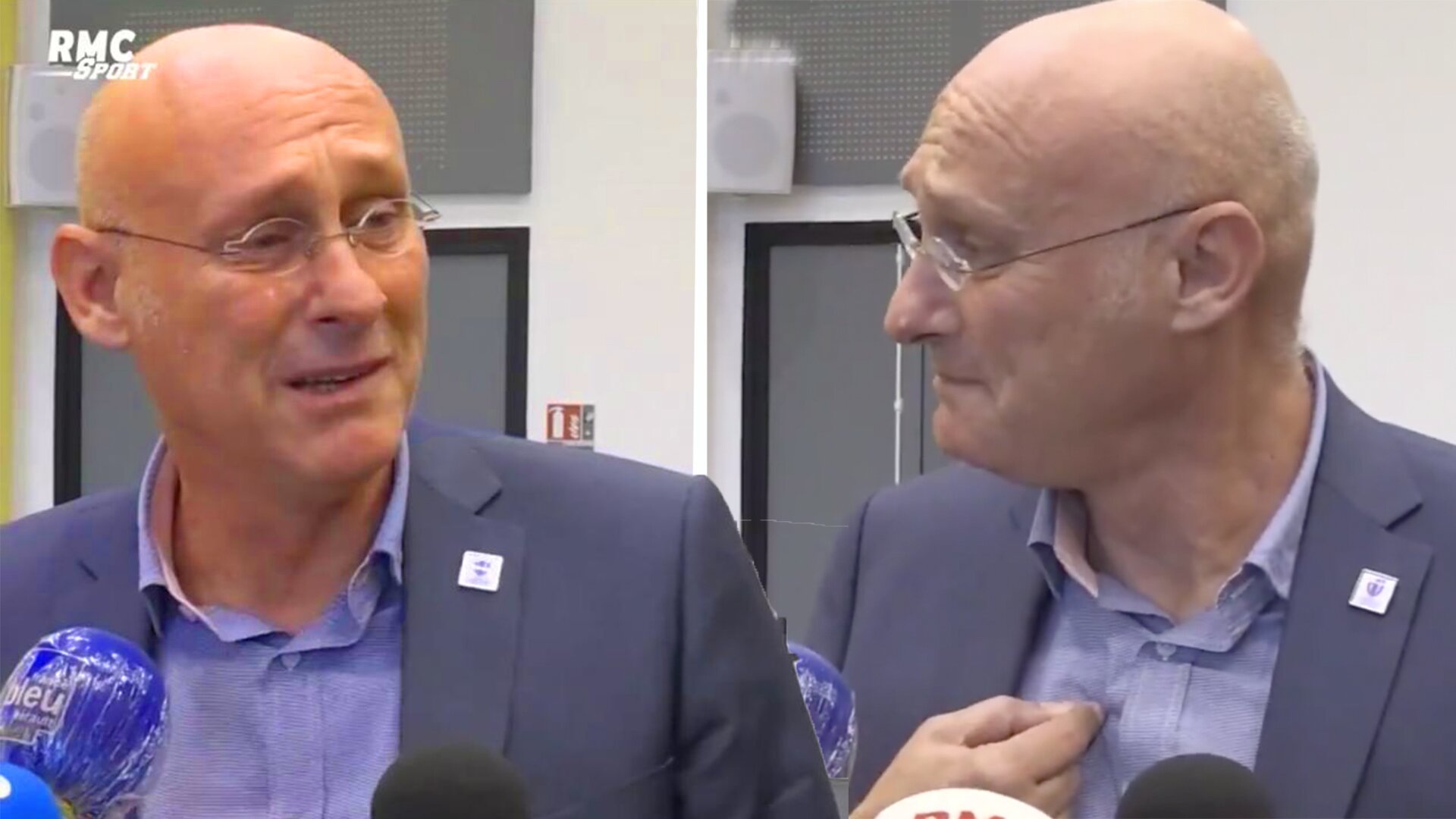 French rugby has officially gone bat s**t crazy as the candidate to be the president of French rugby, Bernard Laporte breaks down in tears as he fights for his innocence.

Laporte, who has been a mainstay in the French rugby scene for almost two decades, appeared in front of the French press last night, fighting his case after he was brought into custody for alleged financial fraud.

Laporte was questioned on Tuesday by prosecutors. They had spent the past three years looking into claims that Laporte put pressure on the French league’s appeal committee into reducing a fine imposed on Montpellier. The fine was reduced from €70,000 to €20,000 because a company he owns had an image rights contract with the Altrad Group. They were the club’s owners.

The opponent for Bernard Laporte to become the French president, Florian Grill, accused him of bringing shame to rugby with his supposed financial fraud.

This led Laporte to hold nothing back in his emotional but hostile attack on his opponent for presidency.

Here is the translation of what he said…

“He (Florian Gill) says that I brought shame on the Federation, that it’s the same thing as kicking a player on the pitch – it’s unacceptable. If these are the values we hold in rugby, then this is often part of the sport. I know that Florian left it on the pitch because I have friends who played with him so this confirms his mentality”.

“It’s us who make decisions, it’s not them who make the decisions. The president of the FFR (Fédération Française de Rugby) and its team are in charge of French rugby. But he continues to attack us. On the 4th October, we will win and we will put things right again.”

“When I left Toulon, a club offered me 1 million euros a year for 5 years. I said no to 5 million euros and he’s giving me lessons? I don’t want any more lessons!’

You can see just how upset he is at the accusations that have been made against him.

A new subscription rugby journalism site called the XV wrote a fantastic article talking about the ultimate circus that French rugby is, and how it is almost impossible for anyone to govern it. Would highly recommend giving it a read, it’s free for a month!