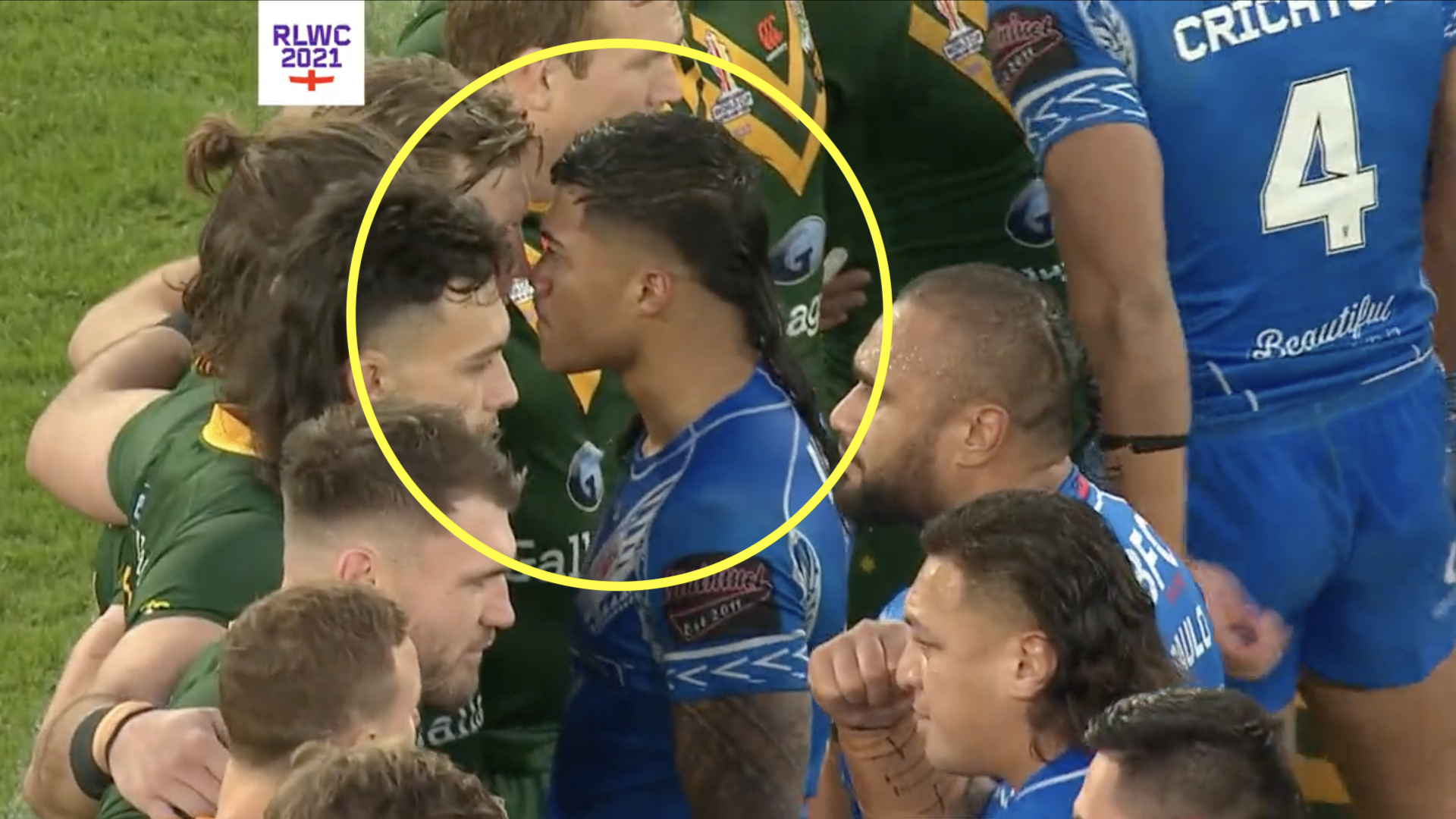 There have been some epic war dances shown throughout this rugby league World Cup, with Samoa’s against Tonga springing to mind, but Samoa clearly left the best until last ahead of their showdown with Australia in the final.

In an spine chilling performance of Siva Tau at Old Trafford, Samoa winger Brian To’o finished nose to nose with Cameron Munster before pulling off a cheeky bicep flex.

This once again shows why the 20 metre gap for the haka in rugby union is doing no one any favours, as rugby league produces some of the coolest confrontations in either code.

😤 This has left Manchester shaking!

Samoa with an incredible Siva Tau ahead of their first ever World Cup final.

This came a few hours after than The Rock, who is of Samoan heritage, sent a video message to the team on social media. Samoa might have been underdogs going into the match, but they certainly could not be accused of not being up for the match.

Take a look at The Rock’s video:

We officially extend an honorary membership to @TheRock after his powerful message to our boys in the Samoa squad 🇼🇸#pantherpride 🐾 pic.twitter.com/KrTD6GdPWS

Here are the teams: