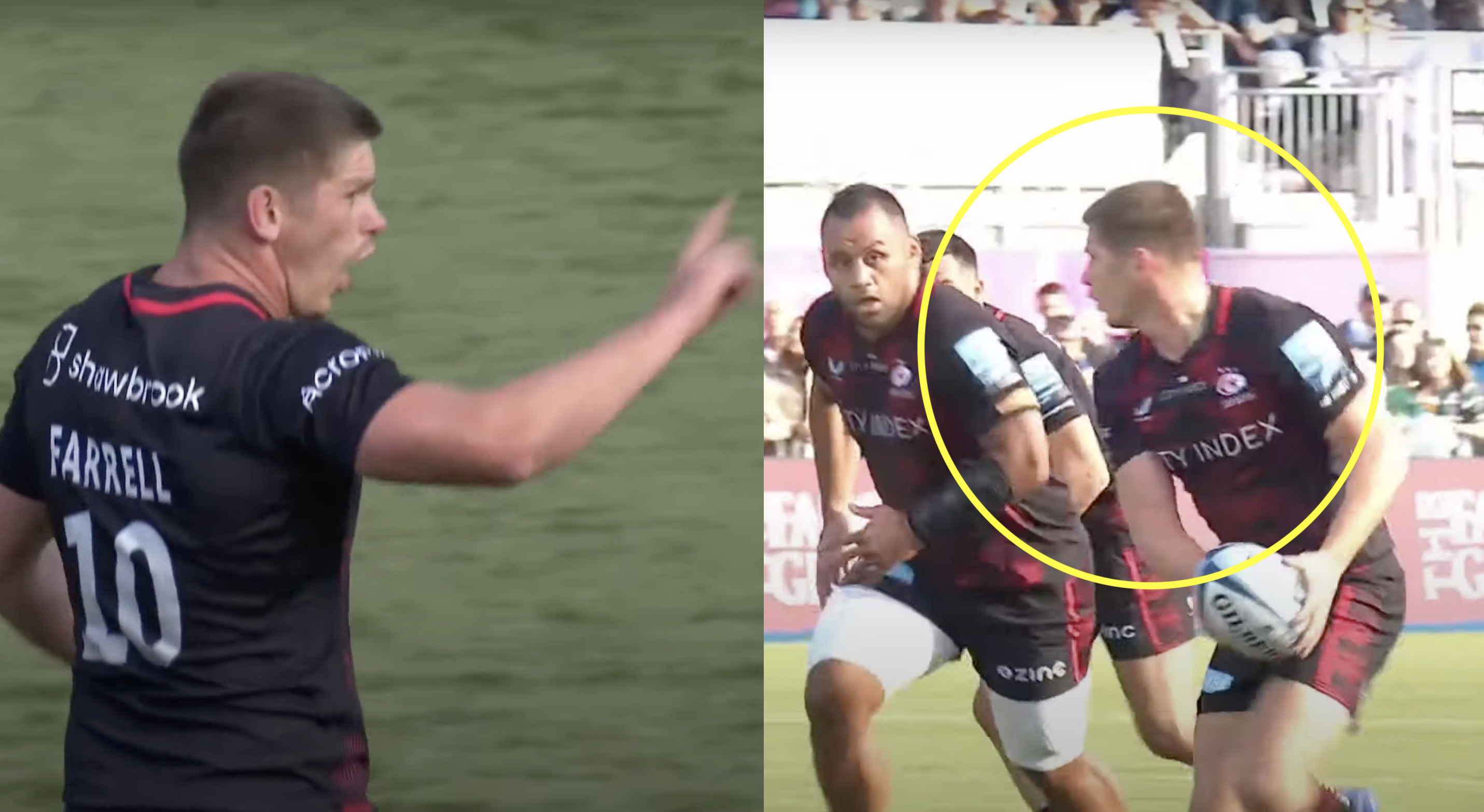 ‘Best player we’ve ever seen… got everything’: League legend on Owen Farrell

England rugby league captain Sam Tomkins is quite a fan of his rugby union counterpart Owen Farrell, describing him recently as “the best rugby league player in the last ten years and he’s never played a game.”

Joining Jim Hamilton on The Big Jim Show recently ahead of the Rugby League World Cup which starts next week, the two-time Man of Steel discussed what players could make the move to rugby league, saying Farrell is effectively the perfect rugby league player.

The Saracens fly-half is a member of a rugby league dynasty, with both his father [Andy Farrell] and his uncle [Sean O’Loughlin] being legends of the game, but Tomkins said that Owen would be a better league player than both of them.

“I think Owen would be the best player in Super League every single year, he’s that good,” the Catalans Dragons fullback said.

“He’s the best rugby league player in the last ten years and he’s never played a game, in my opinion.

“If you had to design a rugby league player, if you got all the best rugby league brains in the world that came up with a player, it would be Owen Farrell without doubt. I think he’s tough, he’s resilient, he’s very smart, he reads the game really well, he can kick, he can pass, if you run into him he’ll smash you, he’s got everything. As you can see I’m Owen’s biggest fan as you can probably tell, I just think he’s got everything. There isn’t a bit of his game that he lacks and he pushes it too far sometimes and he’ll make a high tackle but you need that in league, you have to have that in your armoury and sometimes that’s what people don’t have. They can be an amazing player but that haven’t got that bit of grit that Owen’s got and Owen’s got the perfect blend.