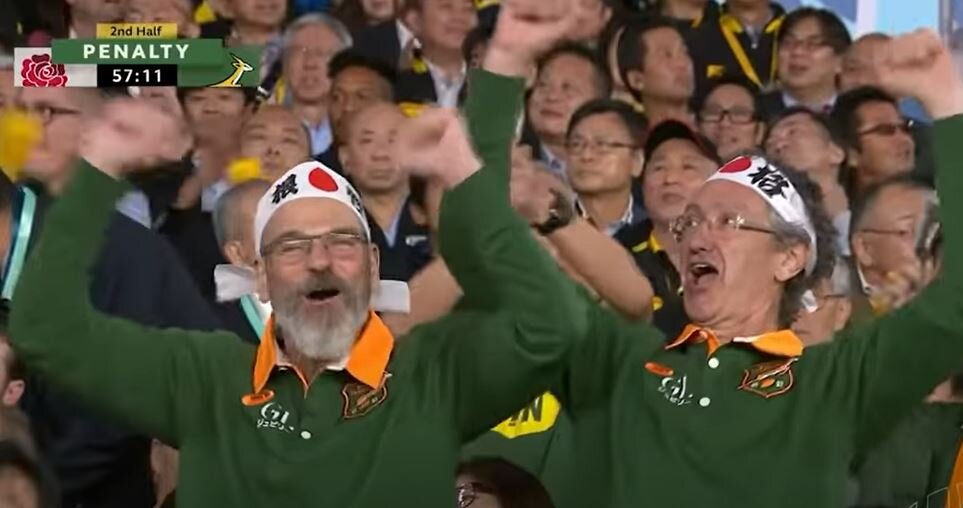 Beta Boks clearly delighted with narrow loss to All Chads

Springbok head coach Jacques Nienaber and captain Siya Kolisi were clearly delighted that the Springboks only narrowly lost to the All Blacks, despite the New Zealanders playing absolutely kak.

They bizarrely applauded the effort of their team in Saturday’s Castle Lager Rugby Championship match against the All Blacks and said the result could have gone their way.

Truth is, most were expecting a 60 – NIL effort. A Steven Hansen side would have obliterated these pitiful Kick-Boks.

A pretty dreadful New Zealand won 19-17 after a late Jordie Barrett penalty goal handed his team the lead with less than two minutes to play.

“The closeness of the winning margin was expected,” said Nienaber. “When the number one and number two teams in the world play each other, there is always going to be small margins and recent results since 2018 have showed that as well.

“I thought we did enough to win this from an effort perspective and the players were excellent tonight, but perhaps we just lacked the composure when it mattered in that last minute or two.”

Nienaber pointed to recent close results the Boks were part of: “We won the series against the British & Irish Lions with a kick past 80 minutes and against Australia two weeks ago and again tonight, lost with a penalty very late in the game. Sometimes it goes for you, sometimes not, that is the nature of sport.”

Kolisi said they had the belief that they could beat New Zealand, and said that he feels the Boks’ next victory is not far off.

“We had a plan we believed will do that and it worked,” said Kolisi.

“We wanted to stay in the Rugby Championship and needed to improve after the last two weeks. We wanted to do what we know and do it properly, and we did that well. It was what we expected from the All Blacks, but we coped with it.

“I can’t fault my teammates or coaches and thought we were right in there. Not much went wrong tonight.

“It does hurt to lose three in a row. Tomorrow we will analyse what went wrong, but results will come.”

Nienaber said the players did their best in the defeats against Australia and the fault was with them as coaches.

“This time around we were on song, we had a good week, and the match could have gone our way. I felt we did enough to win,” he said, adding that the players showed they had the belief that they could win.

“There was no one in the squad who did not believe we could beat them and that we could create opportunities to give us the win. We knew it was a going to be a grind and that it was going to be close.”

Nienaber said the defeat hurts because they were leading after 78 minutes.

“We were in it at the end and we put ourselves in a position to win the game,” said Nienaber.

“I am hurting yes, as we could have pulled it off. We believed that those kicks were effective, and all created one on one situations, which is something we wanted to achieve.

Nienaber said that even though the Boks are very experienced, they are still growing as a team: “We still have a lot to learn. We are still striving to consistency in our game, but for today, I cannot fault anyone’s effort.”