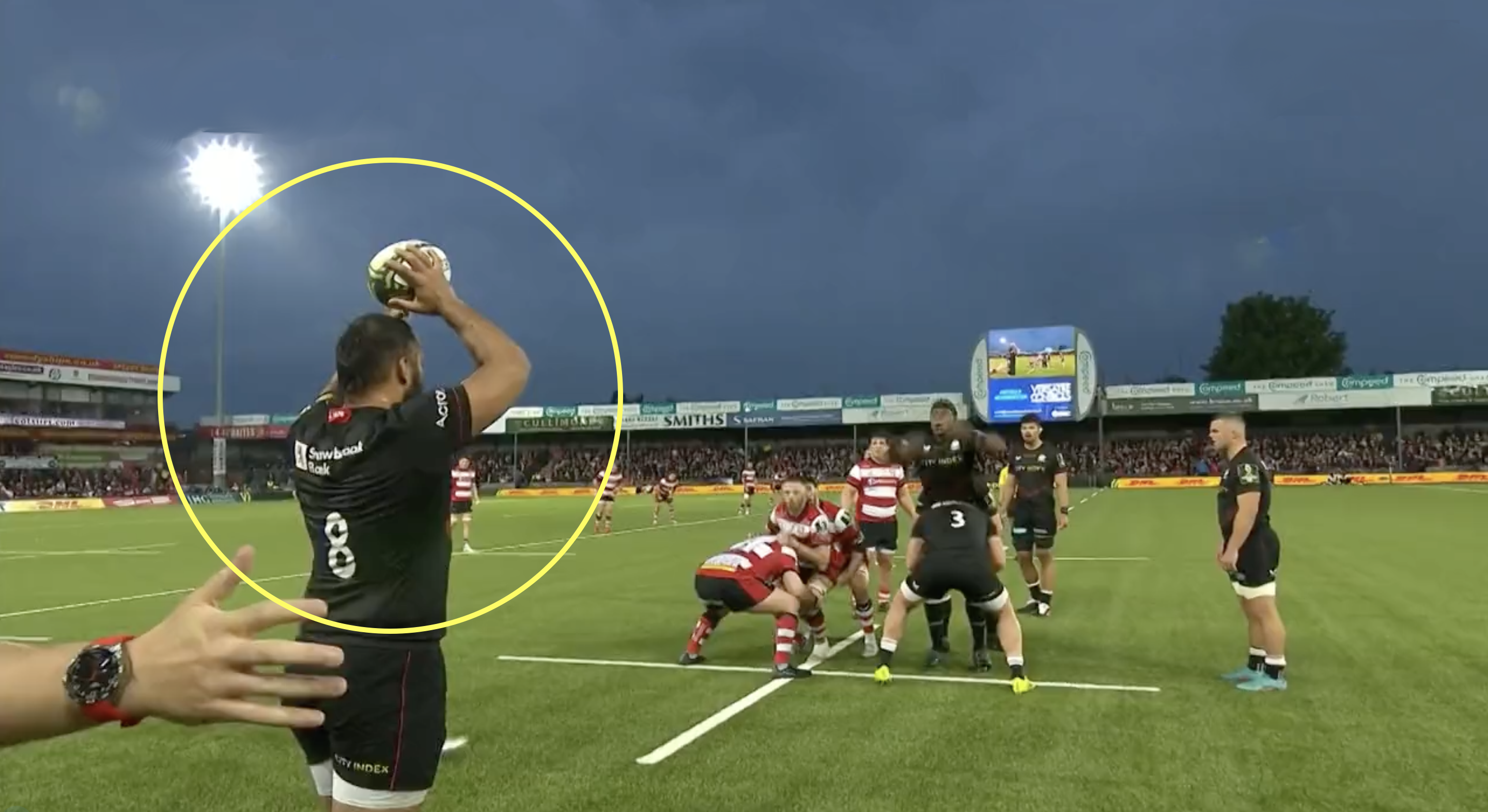 Go into Billy Vunipola’s bedroom you’ll apparently find a framed poster of Joe Marler’s mistimed, inaccurate, short lineout throw in the Calcutta Cup earlier this year at Murrayfield. Or at least that is what anyone would think after his throw attempt yesterday against Gloucester.

With Jamie George yellow carded in the first half, Vunipola was given the responsibility of throwing into the lineout, and produced a throw that Marler himself would be proud of. Was it short? Yes. Was it not straight? Yes. The only difference from Marler’s throw was that there was not someone this time running to the front to catch it, rather Maro Itoje was the front jumper. Whether the plan was for the lock to jump and catch it we’ll never know. What we do know is that he never left the ground before Lewis Ludlow stole it.

Fortunately for Vunipola, a huge brawl ensued immediately after the throw which deflected attention from his somewhat wayward throw.

Apart from his dalliance as a hooker, Vunipola had a barnstorming game in the Challenge Cup quarter final as the London outfit ran out 44-15 winners at Kingsholm.

“This was a big step forward from where we have been,” said Saracens director of rugby Mark McCall. “The atmosphere was terrific and vastly different from the game at Worcester last week.

“Most of the areas of our game were really strong and we generally capitalised when we set up opportunities.

“Big Maro (Itoje) was back to near his best and Owen Farrell led the team magnificently.

“The next two weeks are a crucial part of a season. We have a tough semi-final in Europe followed by a home game with Northampton, which we need to win to ensure a home semi-final in the play-offs.”

Take a look at the throw:

Just a little bit of hostility here at Kingsholm…