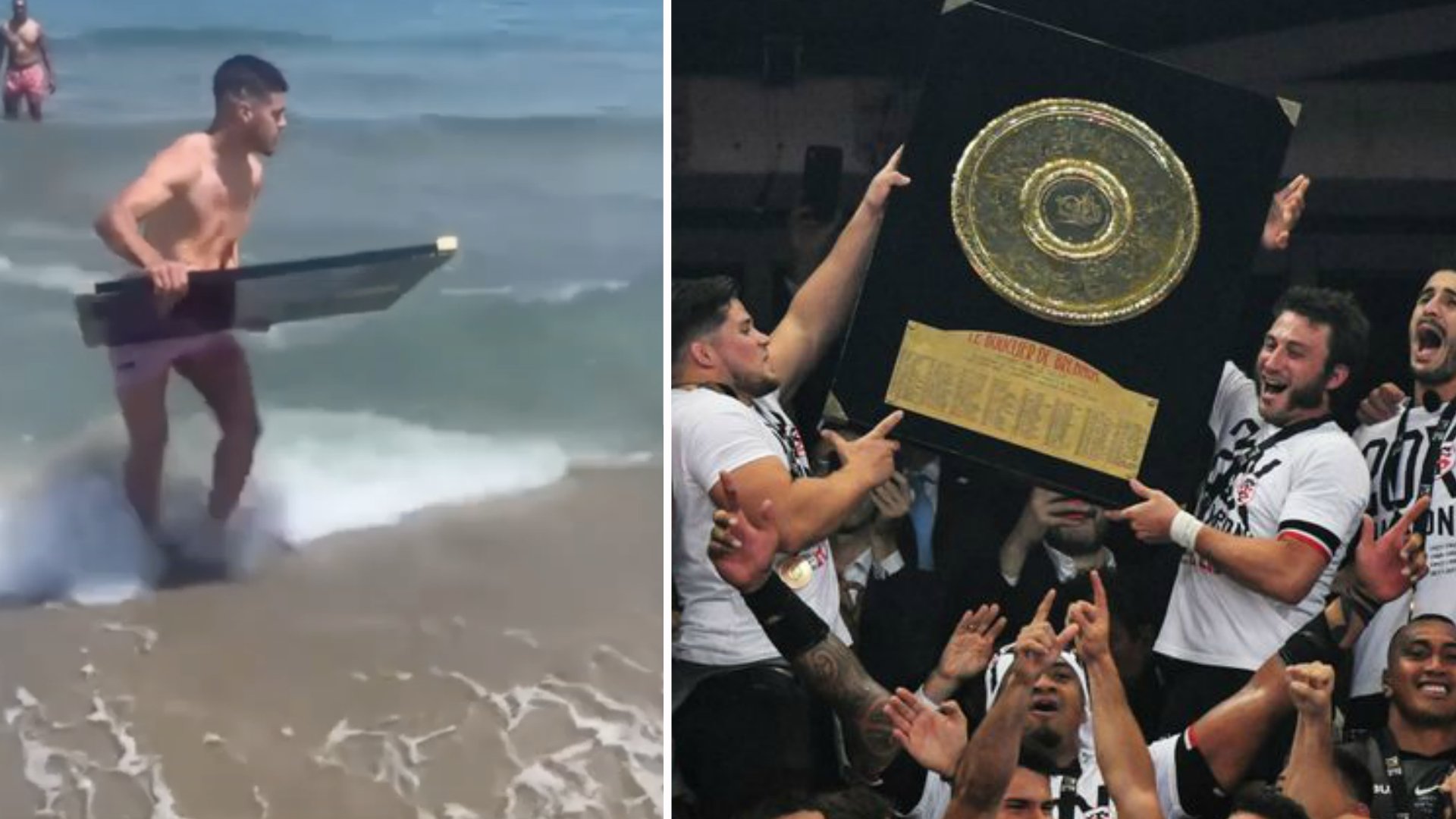 This has to be one of the most bizarre things we have seen. Even for French rugby. That is surfing the Top 14 trophy.

French International Romain Ntamack posted this on his Instagram story today, and to be honest, we’re not sure whether to be amazed or horrified.

We know in the past that there have been some fantastic antics involving trophies. Drinking beer is standard, eating food out of them. Even throwing them around.

Jim Hamilton posted this surfing clip onto his social media and he raised similar questions as to what we are asking. Was this disrespectful or just totally awesome? It’s hard to know really.

But surfing on one. The seawater, the damage?

Maybe it’s just French rugby and surfing is something they let slide over there. But it does seem to be an activity that would surely damage the trophy? Toulouse have been celebrating their Top 14 win in style, so this wasn’t all to unexpected.

In other news: Crusaders name team for finals

Surfing aside, this is an interesting team.

The BNZ Crusaders are preparing to host southern neighbours, the Highlanders, this Friday night in Christchurch and they are set to welcome back key members of the squad for their Quarter Final clash at Orangetheory Stadium.

The Crusaders’ All Blacks front row will start for the first time this season, with Codie Taylor and Owen Franks returning to the run-on side. Andrew Makalio and Michael Alaalatoa move to the reserves. We think surfing is better.

In the backs Braydon Ennor, who scored a hat-trick of tries in the Crusaders’ last regular season game against the Rebels on 8 June, will take a spot on the bench this week, making way for George Bridge to return to the starting line up.

The only other changes to the match day side see Mitch Drummond and Mitch Hunt return in the reserves.