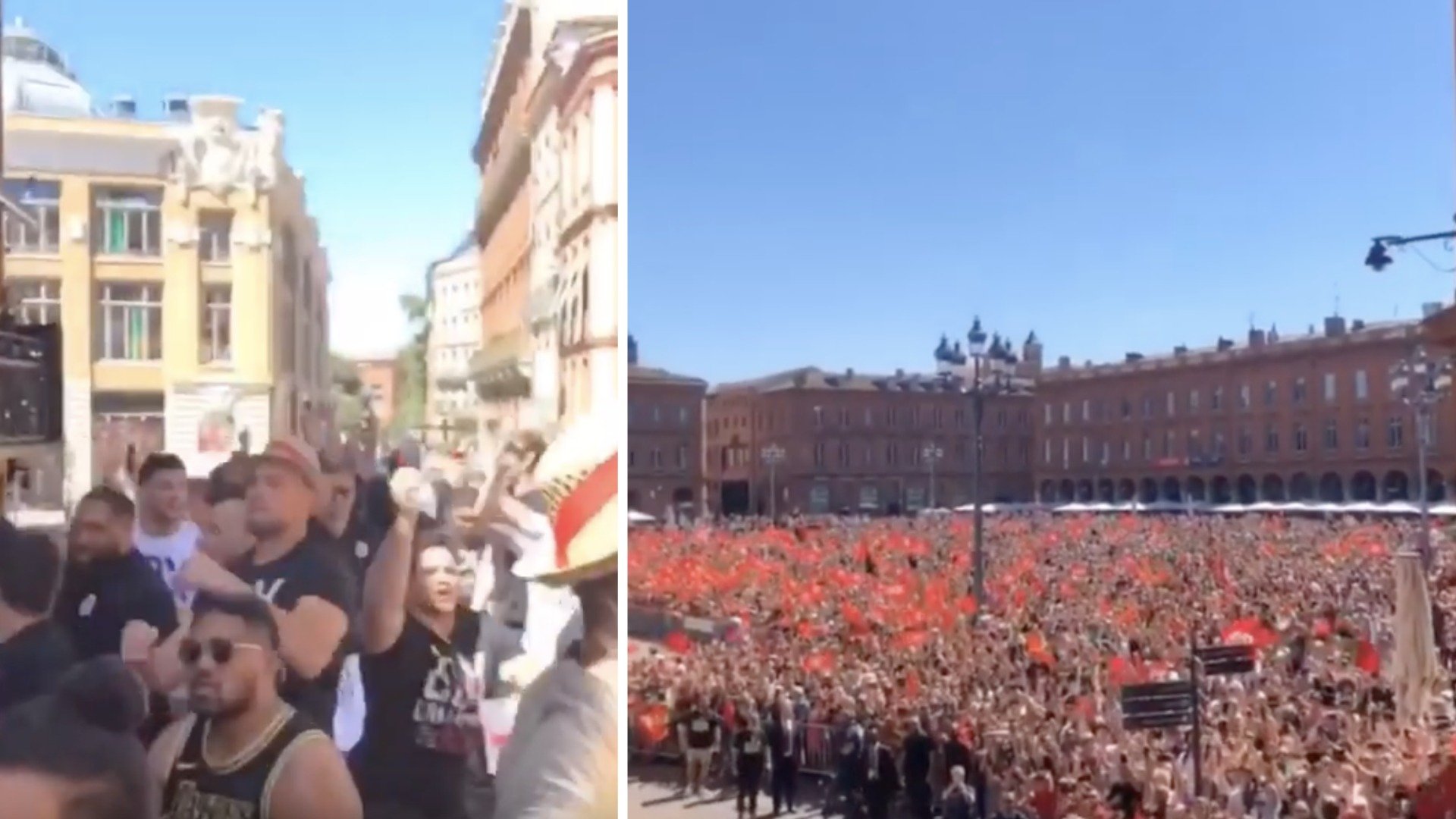 When you see things like this, it’s absolutely no wonder players are lining up to join these teams. Great crowds, unreal weather and a lovely part of the world to live. Jerome. What more could you really want. Ex-New Zealand international Jerome Kaino filmed the team celebrating their Top 14 win over Clermont from their rooftop bus and it was amazing to see the numbers that turned up.

Things weren’t so good for Clermont this week, but they were significantly better for Toulouse.

Would you really get this kind of reaction in the UK from any team winning? Makes it clear why players like Jerome choose France over the UK.

In other news: England beat Ireland in Under 20s clash

England will face Wales in the fifth-place final on Saturday at the World Rugby U20 Championship after sealing a 30-23 victory over Ireland in Rosario, Argentina.

They will take on Wales, who earlier defeated New Zealand in the other semi-final, at the Racecourse Stadium, Rosario (KO 2.30pm BST, live on World Rugby).

Steve Bates’ side led 13-6 at the break, with Josh Hodge scoring a try and converting his own score as well as adding two further penalties as Ireland responded through Ben Healy’s boot.

A second-half try from Sam Maunder, which Hodge converted as well as a further penalty increased England’s lead but late scores from Jonathan Wren and Brian Deeny which Healy converted levelled the game.

But in stoppage time Tom Willis bundled over to seal a dramatic late victory with Hodge adding a third conversion.

Having lost their opening fixture of the tournament to Ireland and despite victories over Italy and Australia in their pool, England were unable to advance to the top four of the Championship – leaving them to battle for fifth.

England lost Ted Hill early on for a dangerous tackle on halfway and in that period Healy kicked a penalty for Ireland to give them a 10th-minute lead.

Hodge levelled the game with a penalty of his own, as Hill returned to the pitch and restored England to 15.

Healy kicked a further penalty with England offside midway through the half and before the break prop England prop Kai Owen was sin binned for a dangerous tackle.

It was England who scored next though, Hodge nailing a long-distance penalty to again level the match.

Five minutes before the break Hodge had the first try of the game jinking his way over after England’s three-quarters had recycled the ball to the left wing with the Newcastle Falcon converting his own score.