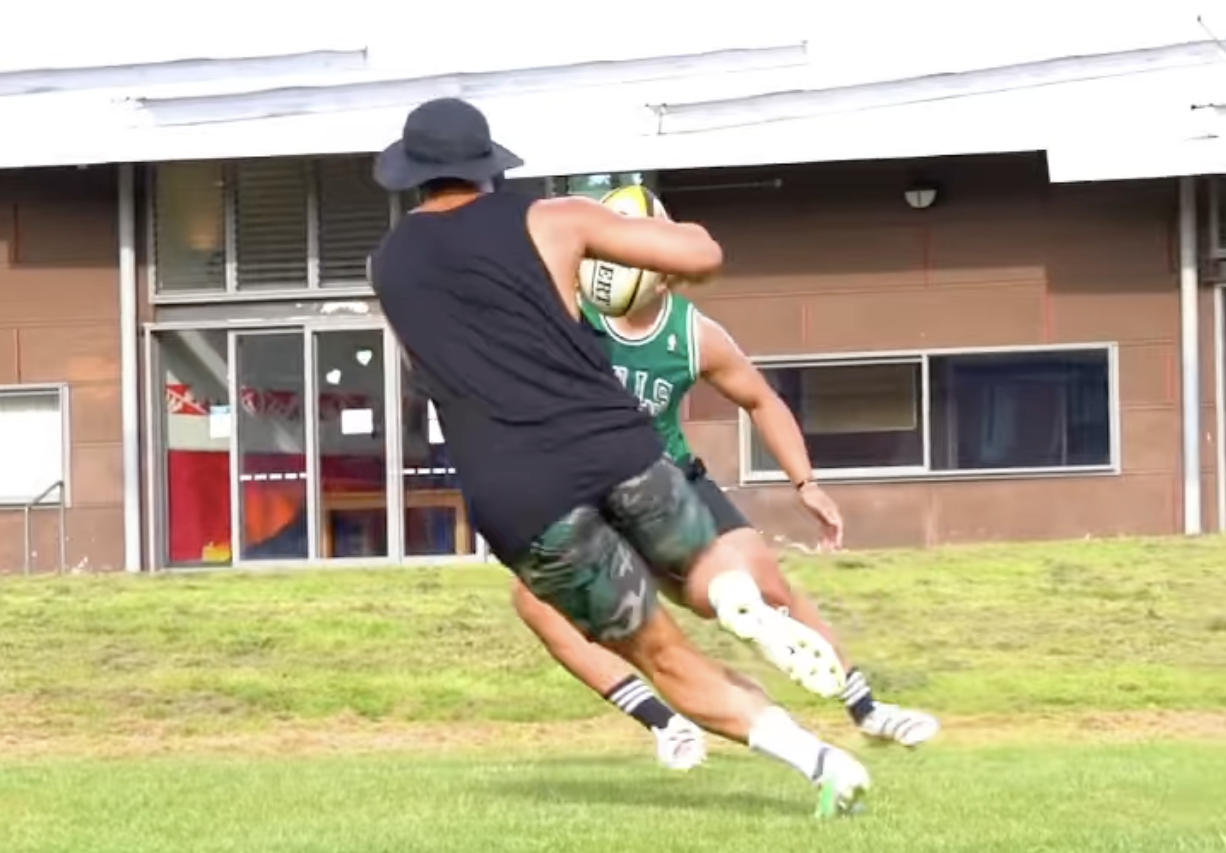 Roger Tuivasa-Sheck has given a glimpse of what Blues fans can expect from him in 2022 with a video training with teammate Caleb Clarke.

One particular moment of some one-on-one training found itself on Instagram, and Clarke will not be too happy about that as the former New Zealand Warriors fullback produced a savage step to leave the five-cap All Black absolutely helpless.

Clarke commented on the video, suggesting they had a “run it straight comp” instead, where the 107kg winger may come out on top instead.

Both players have been included in the Blues’ squad for the 2022 Super Rugby Pacific competition, with Clarke vying to work his way back into All Blacks contention after a stint in sevens during an Olympic year and Tuivasa-Sheck making the move to rugby union from the NRL earlier this year.

There is a lot of expectation that Tuivasa-Sheck will become an All Black in 2022 as well, although Ian Foster is well stocked with outside backs. With fellow Blues star Rieko Ioane shifting to outside centre over the last couple of seasons as a result of the competition in the black jersey, both Tuivasa-Sheck and Clarke will only add to Foster’s options.