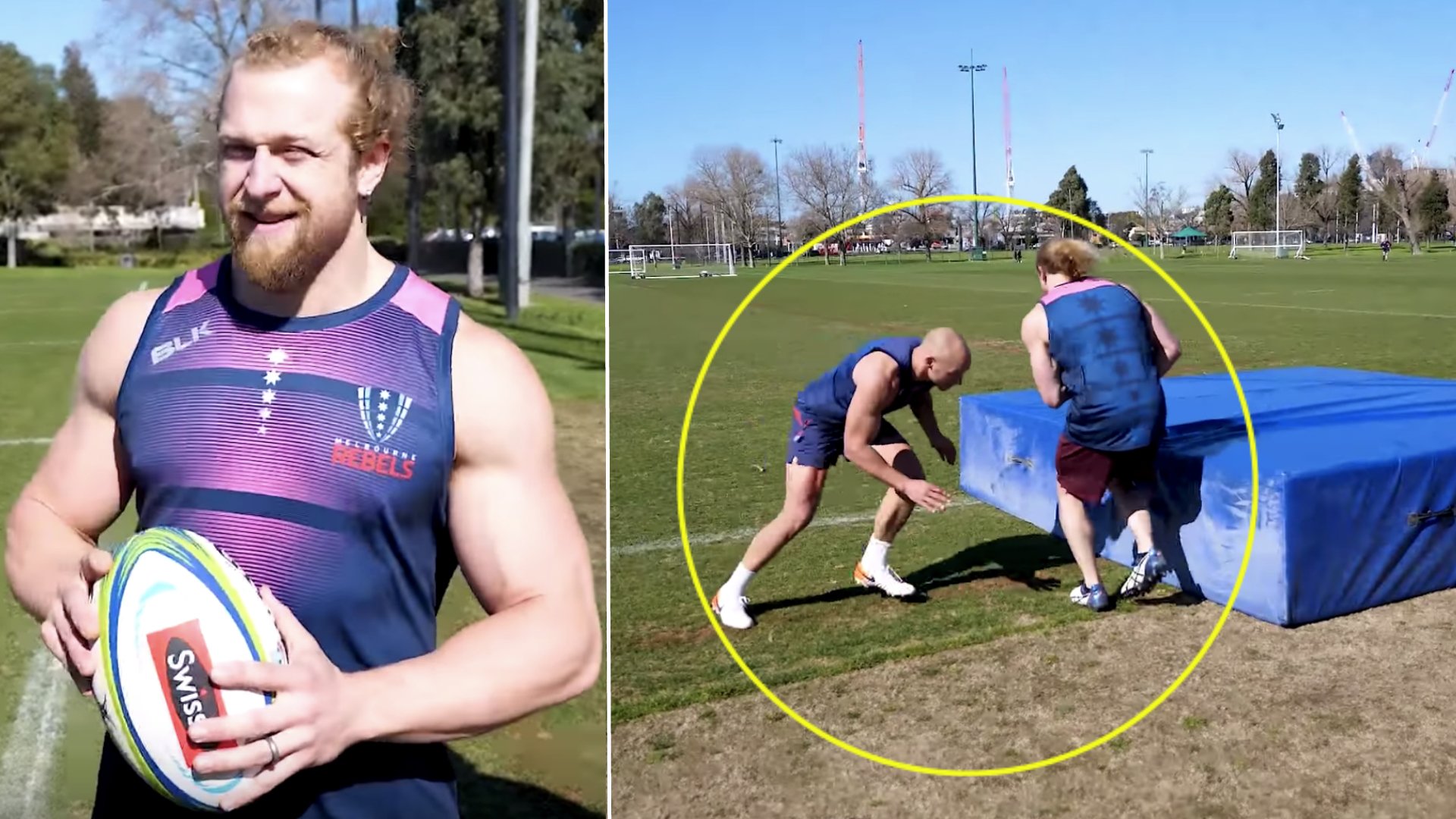 Popular YouTubers Juji & Tom experienced one of the most brutal introductions to the sport. He is a bodybuilder and wouldn’t look out of place on a rugby field but this certainly shows that rugby isn’t all about being big and strong.

In the video, the YouTuber takes on a number of different challenges, looking at some of the key basics in rugby. This involved passing, kicking and, of course, tackling.

The YouTubers have made a name for themselves online for posting, gym-based videos looking at some of the quirkier acts that they can get up to with a gym theme. Recent videos that they have made look at, “Can a 250lb bodybuilder do a backflip”, and “Why did I grab a shark (don’t do at home)”.

The video itself has almost reached 800,000 views and it is certainly spreading awareness for the sport in the US.

The bodybuilder took a hit that most rugby players would class as a decent hit, but for someone that doesn’t play rugby regularly, it must have been quite the shock.

In the video, it is apparent that the professional rugby players are holding themselves back from completely annihilating the bodybuilder, but we thought it would be worth looking at just how devastating a normal hit can be from a rugby player even when it’s not at 100% speed. Looks harmless enough at this stage. It really is amazing how size really doesn’t play that much of a role in the sport if the technique is there. Faf de Klerk is a fine example of size meaning nothing if you have the heart and tactical nouse to beat someone. To watch more videos from Juji and Tom, head over to their YouTube channel where they have almost reached One Million followers. We are sure to see more rugby content soon from these guys with the success of this video.