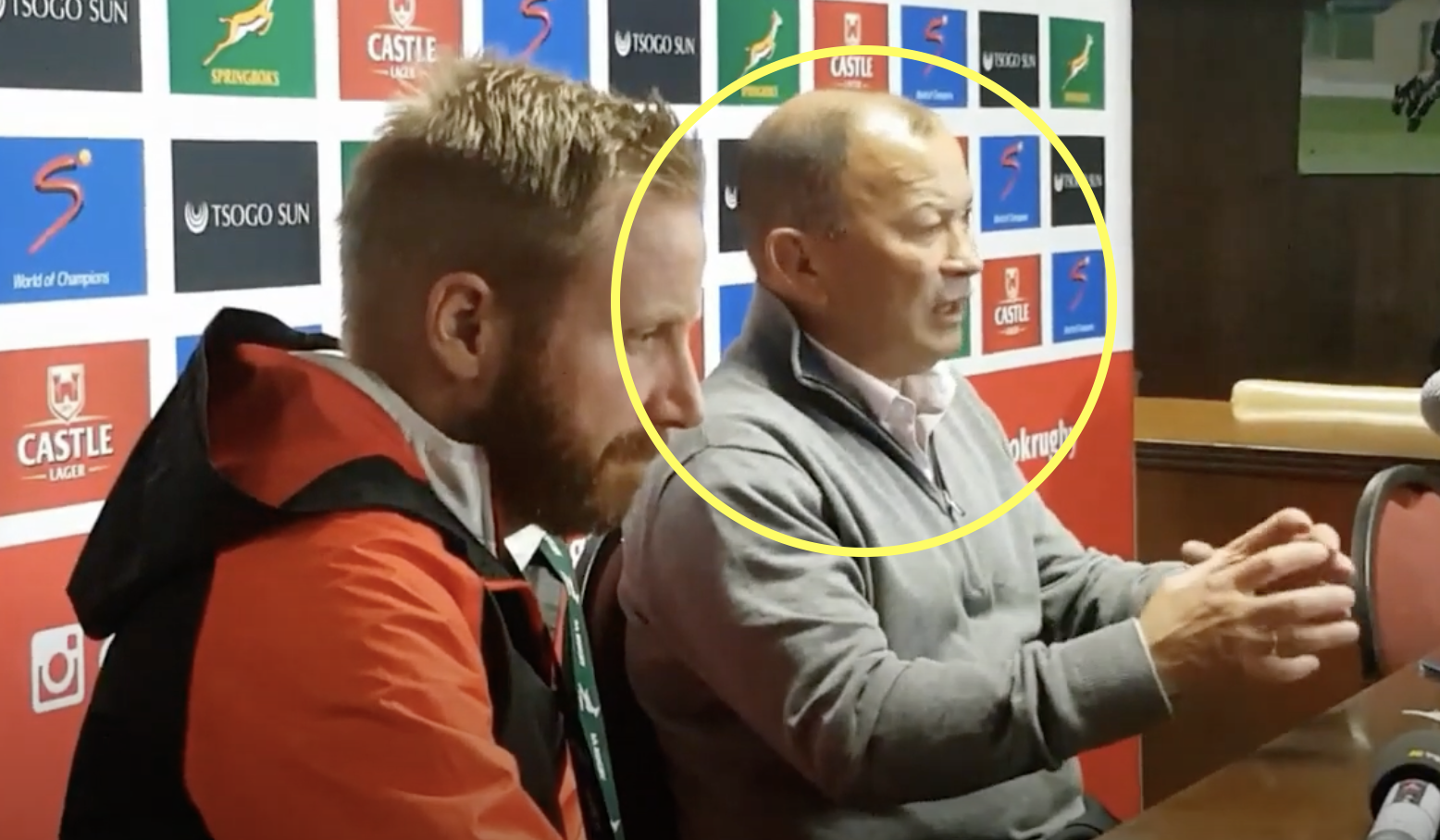 For many Springboks supporters and pundits, England and Eddie Jones seem to be public enemy number one- Rassie Erasmus’ Twitter feed is proof of that.

While Erasmus has been fairly complimentary of the Australian in recent weeks though, it is fair to say Jones has not ingratiated himself well with the South African public over the years with some of the comments he has made.

But a recent interview shared by South African journalist Brenden Nel shows Jones in a different light. The interview came back in 2018 after the Springboks had endured a torrid couple of years, which included a 57-0 loss to the All Blacks and a first ever loss to Italy. Despite this, Jones said that he believed the Boks were contenders for the 2019 World Cup. Well, the rest is history.

It is unclear when Jones said this, but it was presumably at some point during England’s tour of South Africa in 2018. The Boks won that series 2-1, but were in a perilous position in the first Test when England raced to a 24-8 lead, only to claw their way back and win. That series was a catalyst for the Boks rising to the top of world rugby again, although some would have doubted it at the time. But when Jones was asked about the Springboks’ RWC chances, he only had one response.

“One hundred per cent,” Jones replied.

“I would have said six months ago. You’ve got bloody good young players here and the side was always going to come together. It’s incredible the depth of talent you’ve got here and even though you’ve got a lot of players overseas, you’ve still got good young players coming through and I think Rassie’s done a good job of getting some wins for the side early.

“You can see the big difference between the Springboks now and the Springboks six months ago, they work harder off the ball, much harder off the ball. They’ve got a strong maul, which is a traditional strength of South African rugby. Then when opportunity comes they’ve got the ability to spread the ball into space and they’ve got Willie Le Roux on the outside who makes good decisions. So there’s some really good gains for the team and they’ll continue to get stronger.”