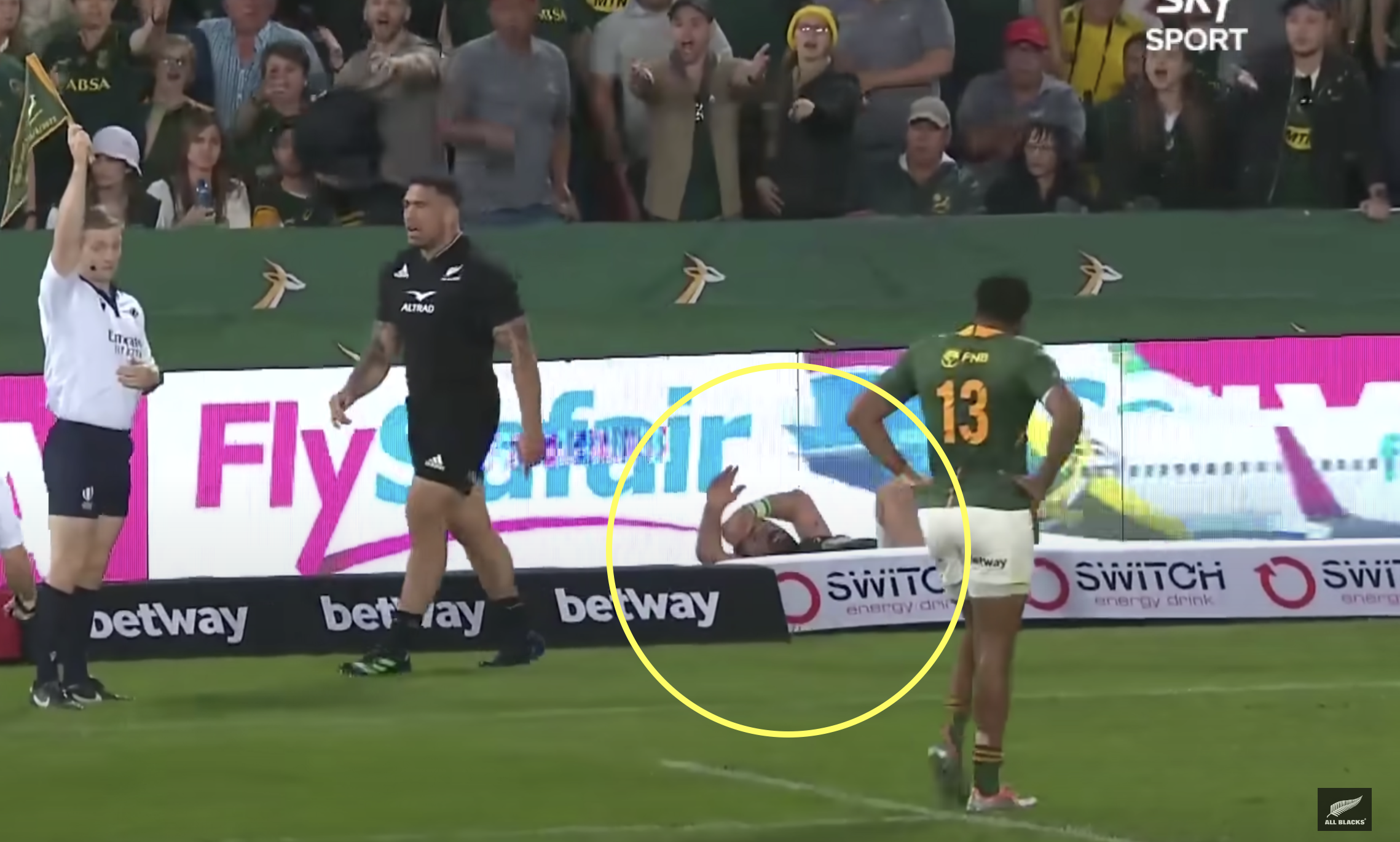 Way before the rugby world was introduced to the Nic White school of acting, there was Willie le Roux trying his best to hoodwink the referee.

Almost every rugby fan on Earth is aware of the theatrics the Wallabies No9 produced in their first Test against the Springboks in August. Though he was successful in getting opposite man Faf de Klerk yellow carded for lightly grazing his face with his fingers, he was widely vilified around the world, particularly by those in South Africa.

However, many of those people have decided to overlook the fact that the Boks’ fullback le Roux tried the very same in the round before in the Rugby Championship. The moment came in the final three minutes of their Test agains the All Blacks at Ellis Park. With the visitors leading 28-23, Jordie Barrett had prodded the ball into the corner, which forced le Roux to run back and kick into touch under pressure.

As le Roux kicked, he was bundled into touch by Codie Taylor and landed on the large padded cushions that surround the pitch. However, by the way he reacted, anyone could be fooled into believing the cushions were full of concrete. The 33-year-old rolled on the floor, waving his arms and trying to milk a penalty. You can tell he was trying to milk a penalty by the way he quickly looks at the referee while on the floor.

The TMO checked the challenge and said there was nothing wrong with it. What came after was a torrent of abuse from both le Roux and the Springboks’ medic directed at either the referee or an All Blacks player. At least when White pulled off his little skit he was able to win a penalty and a yellow card- le Roux got nothing.