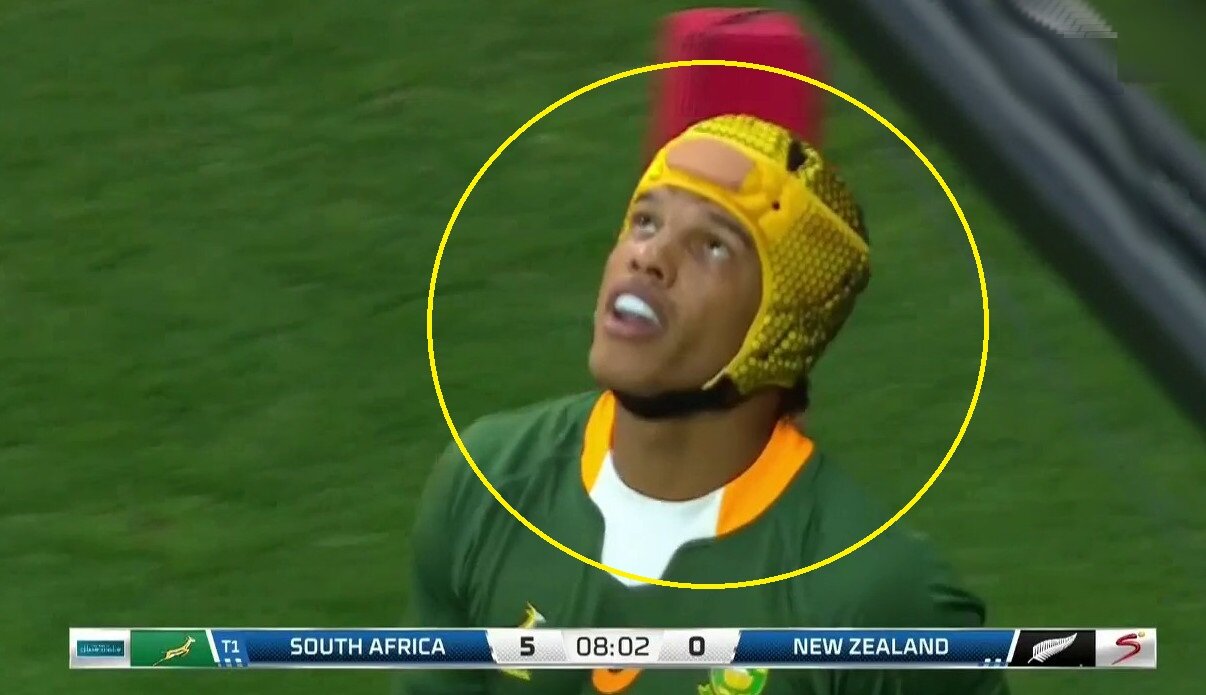 The Springboks accidentally started a 13-year-old mascot in their big game against the All Blacks in Nelspruit – AND HE SOMEHOW SCORED.

Kurt-Lee Arendse is still a high school student in South Africa, but instead of scuttling off the pitch after the anthems, he stayed on the field and started playing.

Through some kind of mix-up he was allowed to stay on by Jacques Nienaber and the bizarre mistake paid off for the Springboks.

Lukanyo Am threw the ball to the little fella and he scored.

While it was very funny to see the 5’6, 60kg schools rugby player run rings around the All Blacks, it paints a dreadful picture of the Springboks management ticket that they allowed it to happen.

Another amazing pass from Lukhanyo Am against New Zealand. World class. 🤯#RSAvNZL pic.twitter.com/gz7wdYuSRp

Here is the nice pictures of the try:

Only three Tests have previously been played at the Mbombela Stadium in Nelspruit – 2013 against Scotland, 2014 against Wales and 2016 against Argentina.

To date, the All Blacks have played in 50 Test matches on South African soil.

Handre Pollard is the second highest point scorer against New Zealand with 120 points in 12 Test matches – only 19 points fewer than Morné Steyn, with 139 points in 13 Test matches.

Beauden Barrett is third on the All Blacks vs South Africa points-scoring list with 102 points in 15 Test matches.