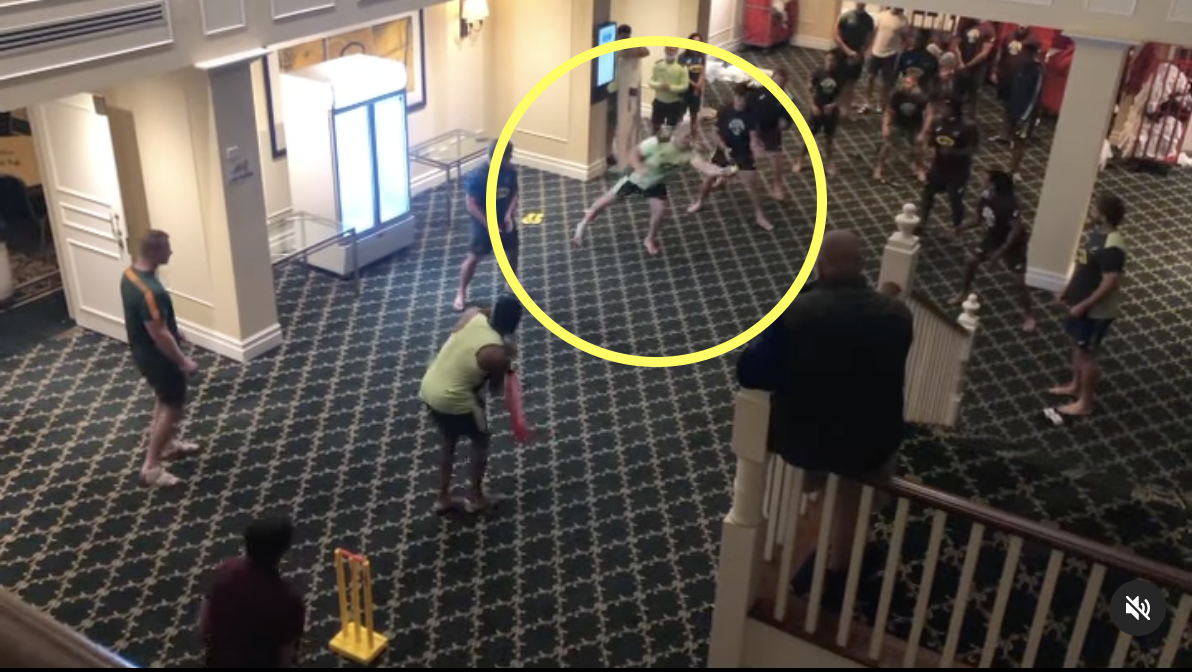 One of the greatest challenges professional sports teams are facing at the moment is keeping themselves preoccupied whilst being in a bubble on tour. Well the Springboks decided to entertain themselves with a spot of indoor cricket this week while they are based in Brisbane.

As they await their third match of this year’s Rugby Championship against Australia in the Gold Coast next weekend, Jacques Nienaber’s side changed sport for a bit of relaxation. That gave tighthead Vincent Koch the chance to exhibit his great hands, with a brilliant one-handed, left handed catch during hotel cricket.

💥Nothing like a little bit of fun in the Bok camp after a hard day of training on the field 🏏 pic.twitter.com/fj208CiRcO

Maybe the Saracens forward missed his calling as a slip fielder in cricket, although the World Cup winner is also a dab hand at rugby as well. The 31-year-old produced some pivotal performances from the bench against the British & Irish Lions in July and August, particularly in the second Test where he and Trevor Nyakane tore the visitors’ pack apart both at scrum time and at the breakdown.

Koch also came on from the bench in the first match of the Rugby Championship this year against Argentina, where the Springboks secured a bonus point win. He did not feature in the match the following weekend, where his side made it two from two in the Championship.

Those victories leave the Springboks at the top of the Rugby Championship table with nine points, with the All Blacks on five. However, Ian Foster’s side have only played one game so far, and face the Wallabies this weekend, meaning the Boks could finish the weekend in second place if the All Blacks win.

This year’s Championship is expected to be a tight contest, with South Africa and New Zealand, ranked number one and number two, respectively, set to face each other in back to back weekends in the final two rounds of the competition. There may not be as much hotel cricket in the week leading up to those Tests.