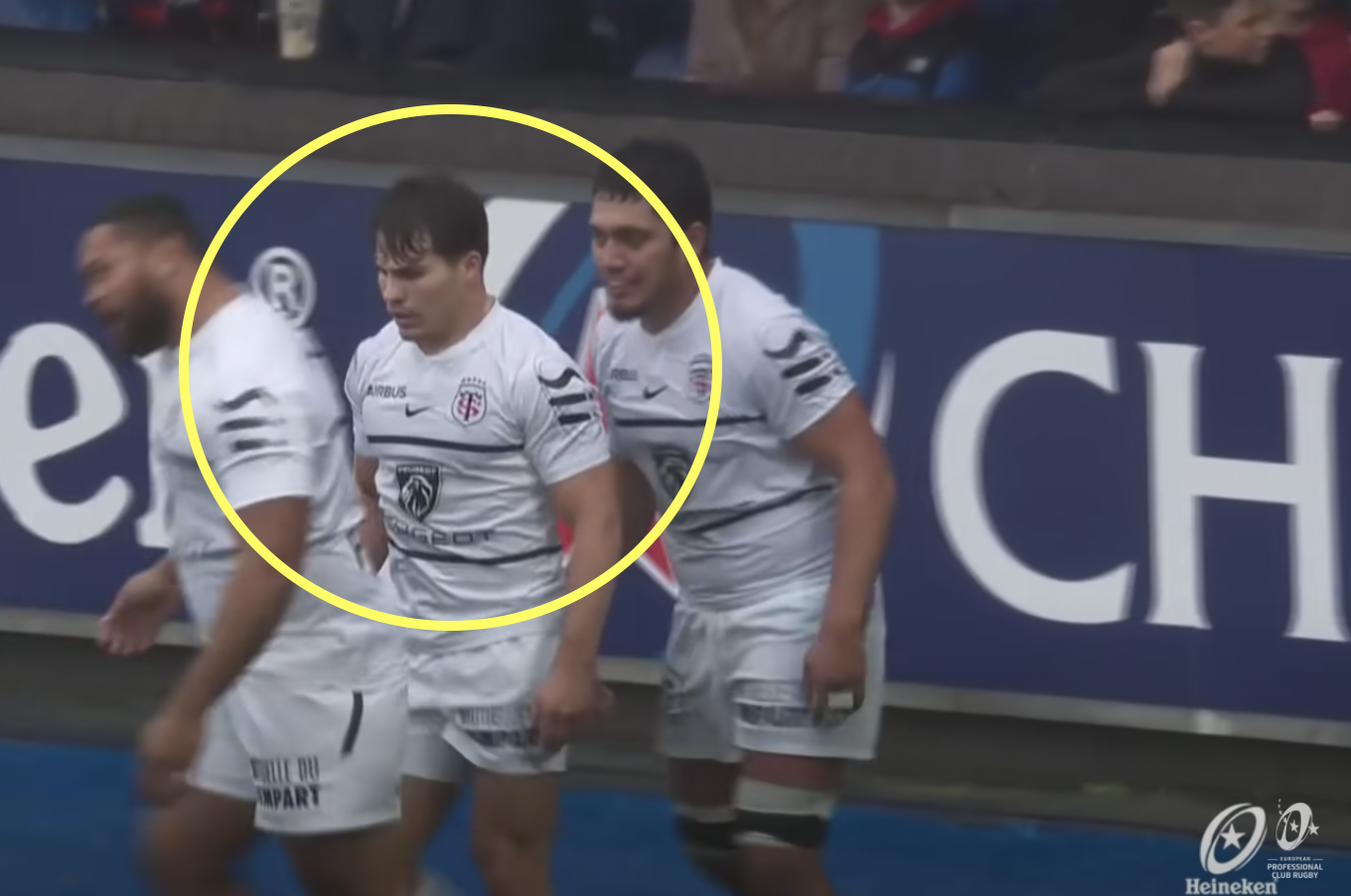 One quality that great players seem to have which separates them from the rest is that they always make the right decisions no matter what circumstance they are in. That certainly applies to Antoine Dupont.

The Toulouse and France scrum-half put in a performance against Cardiff on Saturday befitting a player that was crowned the World Rugby player of the year the day before.

While it was his effort in creating Anthony Jelonch’s first half try, or his solo effort for his second half try, or even his cross field kick for Arthur Bonneval’s try that will grab headlines, Geraint Davies, better known as GDD Coaching, recently showed how the 25-year-old’s decision making is perfect. A few phases are picked out, where the scrum-half chose either to pick and pass, or pass off the floor at each ruck, and why he chose the right option each time.

The entire 80 minutes is full of decisions like these, which the Frenchman seems to get right the majority of the time. While he may steal the show by scoring or creating tries, it is his overall control of the game that makes him the best player in the world, and Davies explains how he does that.

He wrote on Twitter: “A common question, Pick & Pass or Pass off the floor?

“Well, it depends….on what’s around you. Do you have short, flat options? If so, a pick ‘can’ buy receivers time.

“If no, a pass straight off the floor gives the deep receiver vital time to catch & act.

“Dupont picks on the 1st 3 phases. He has short options each time. The inside D have to focus on him as he’s got the ball so is the primary threat. He’s also rather good, so you can’t ignore him.

“But thats not enough alone. The runners have to be a threat to engage the D…

“Defenders can adjust in time if support runners are too narrow, flat & have their hands down. Ball carriers need to show more of a threat too with small head & ball movements, & ideally footwork to unsettle tacklers.

“Dupont passes off the floor in the 4th example straight to Ntamack as he has no flat or short options. Ntamack needs as much time as possible to engage & pick his option. A pick here would just bring the D forward & possibly isolate Dupont.

“Again, the support has to provide a genuine threat as ‘numbers’ is not enough. Toulouse had the opportunity to overload Cardiff but 6 players tightly packed without intent made the defensive read all too easy.”

A common❓ Pick & Pass or Pass off the floor?

Well, it depends….on what's around you. Do you have short, flat options? If so, a pick 'can' buy receivers time.

If no, a pass straight off the floor gives the deep receiver vital time to catch & act.