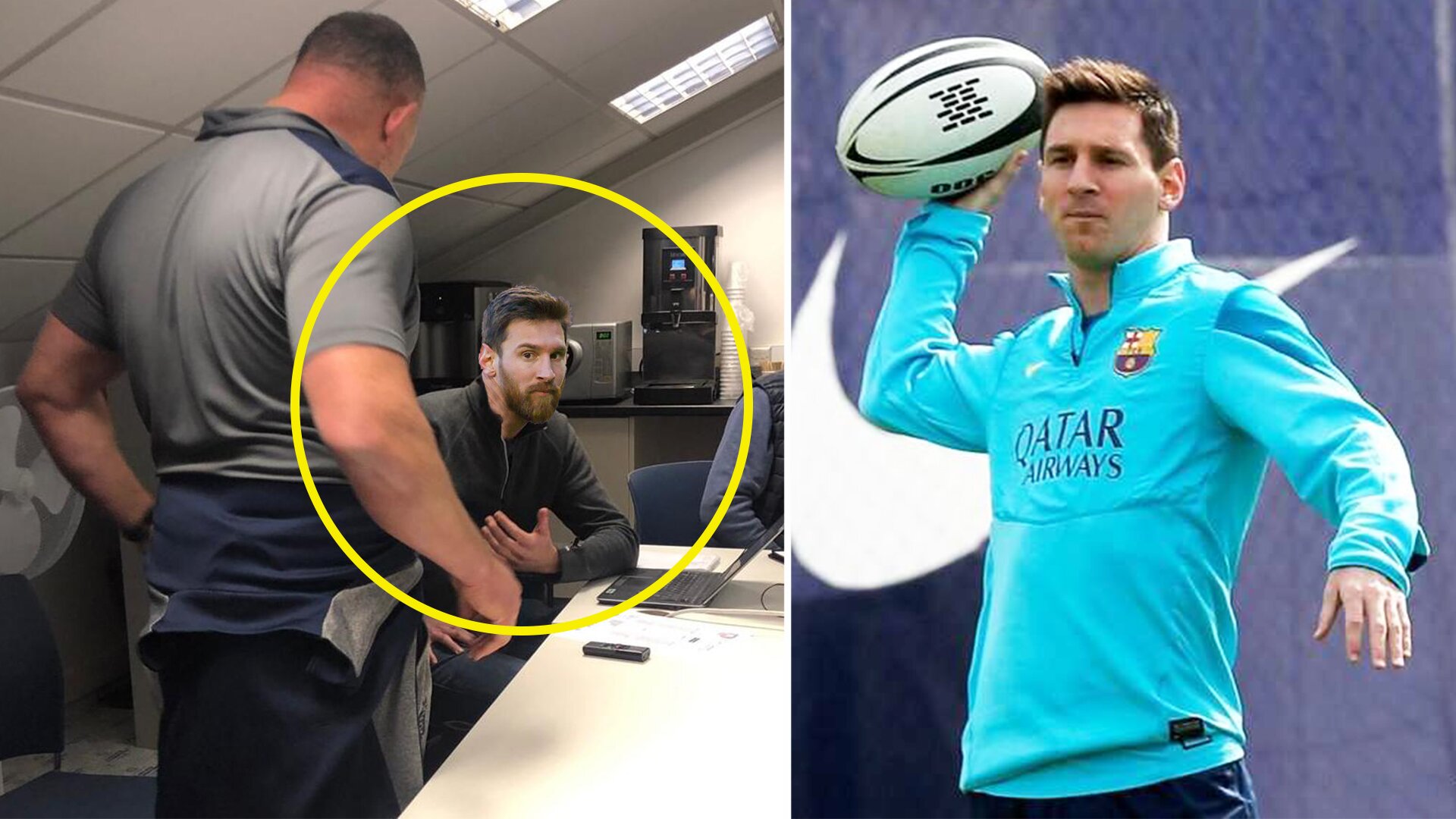 The sporting world was rocked yesterday as the news broke that Lionel Messi was handing in a transfer request at Barcelona after years of loyal service at the club.

The Argentinian football star stunned everyone this morning when the true reason was revealed for his shock exit from his boyhood club.

Rugby Onslaught’s Spanish correspondent travelled to Barcelona this week after the news broke and made an incredible discovery – he’s moving to rugby!

For years it’s been known in Argentinian sporting circles that Lionel Messi is a diehard rugby fan and many have understood that his lifelong sporting ambition is to play for Los Pumas.

It seems that now he is on the cusp of realising his dream as he’s been linked with a mega-money move to Premiership Rugby side Sale Sharks. There were rumours that Messi had flown into Manchester yesterday for talks with Steve Diamond following interest from the Gallagher Premiership club.

Pictures emerged this morning of the four times Champions league winner in tense talks with the Sale boss.

It’s believed that the English club are confident of signing the Argentinian after he triggered a £630 million release clause in his contract.

A Rugby Onslaught source close to Steve Diamond heard he had this to say regarding the transfer speculation,

‘there’s absolutely no truth in any of the rumours surrounding Lionel Messi. We have no intention of signing him but there’s no doubting that he’s a fantastic player – if he’s going to go anywhere, its Jaguares.’

These comments further strengthen the case that Lionel Messi is set to sign for the Premiership side.

Speculation is rife about whether Messi will assume his favoured role as scrum-half if he makes the move to England – or whether he will be preferred at full-back with Faf de Klerk currently holding the number 9 jersey at Sale.

The Barcelona star handed in his transfer request yesterday in the aftermath of a humiliating 8-2 Champions League final defeat at the hands of eventual tournament winner, Bayern Munich.

Lionel Messi has been at the Catalan club since the age of 13 and is widely regarded as the greatest football player of all time.

could Messi soon be playing for the Pumas?