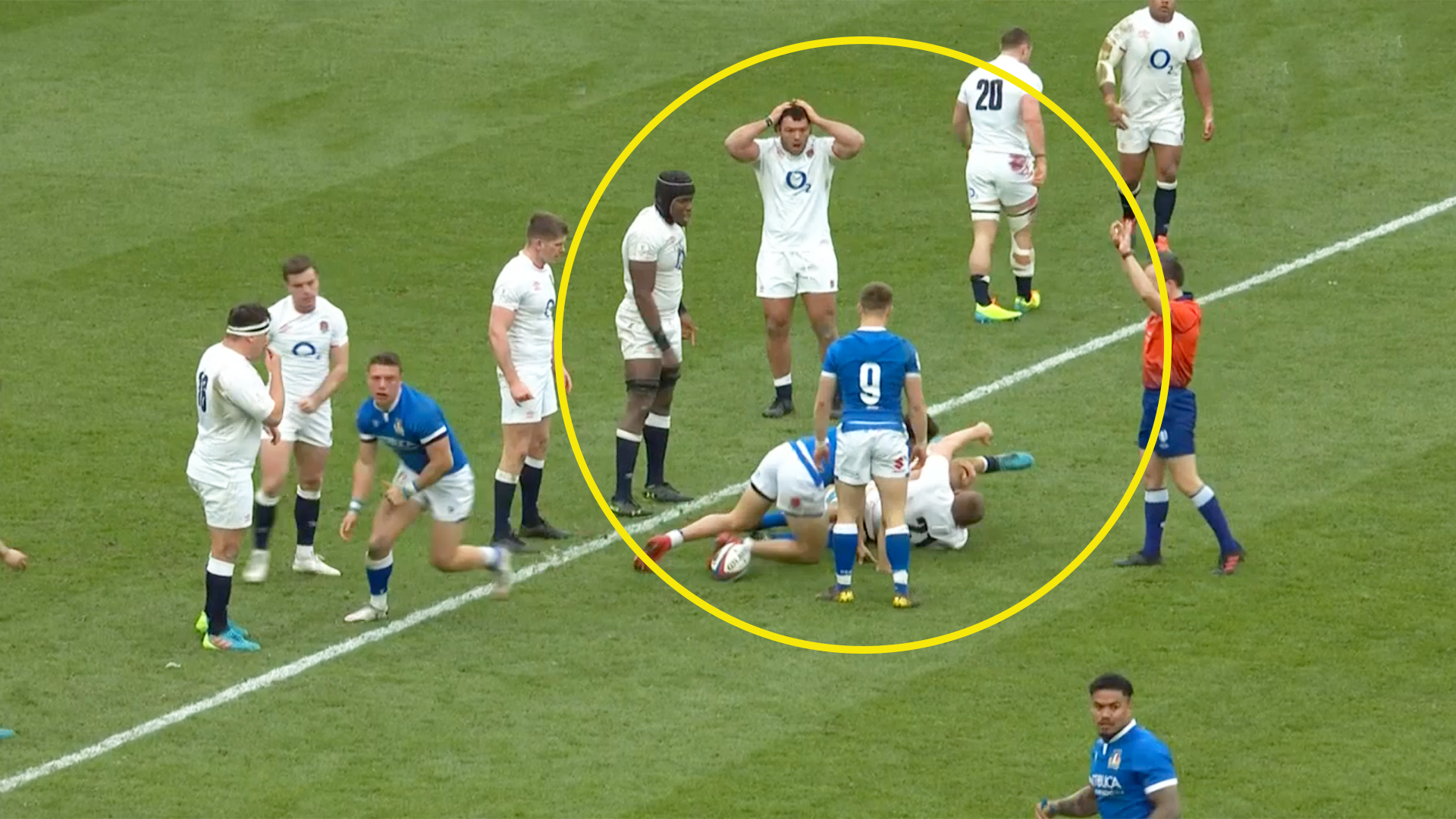 There have been calls to ban the rolling clear out after a sickening injury to Jack Willis today.

England beat Italy in their Six Nations clash today but not before losing the Wasps star to a knee injury.

Since the game a number of high profile players have already come out calling for a ban on the controversial clear out method.

The crocodile roll effectively means a player rolls a player away from the ruck who is standing over the breakdown to contest the ball.

The conventional method is to blast through the player head on but it is currently legal to grab a player and twist around with them to remove them as a threat to the ball. This is otherwise known as ‘the crocodile roll’.

Jack Willis found out the hard way this afternoon just how dangerous this method can be as we in the video below.

You can see the shock in all the players faces at hearing the screams of their teammate Jack Willis, some had to turn away – it was that bad.

TV cameras refused to show close-ups of the moment, such was the extent of the Wasps man’s injuries.

Some high profile players such as Jim Hamilton and Ben Ryan came out to condemn the dangerous clearout method in the moments after the horrific injury.

Feel sick for Jack Willis.
The laws should change NOW. Don’t allow players to roll out players in Rucks. So f#^king dangerous. #ENGvITA

And I rolled many players out. No criticism on players doing it. It’s currently legal.
Some serious high profile injuries in the last few years.
Dan Levy. Ellis Jenkins (I think) similar. https://t.co/Bdto1SqUlJ