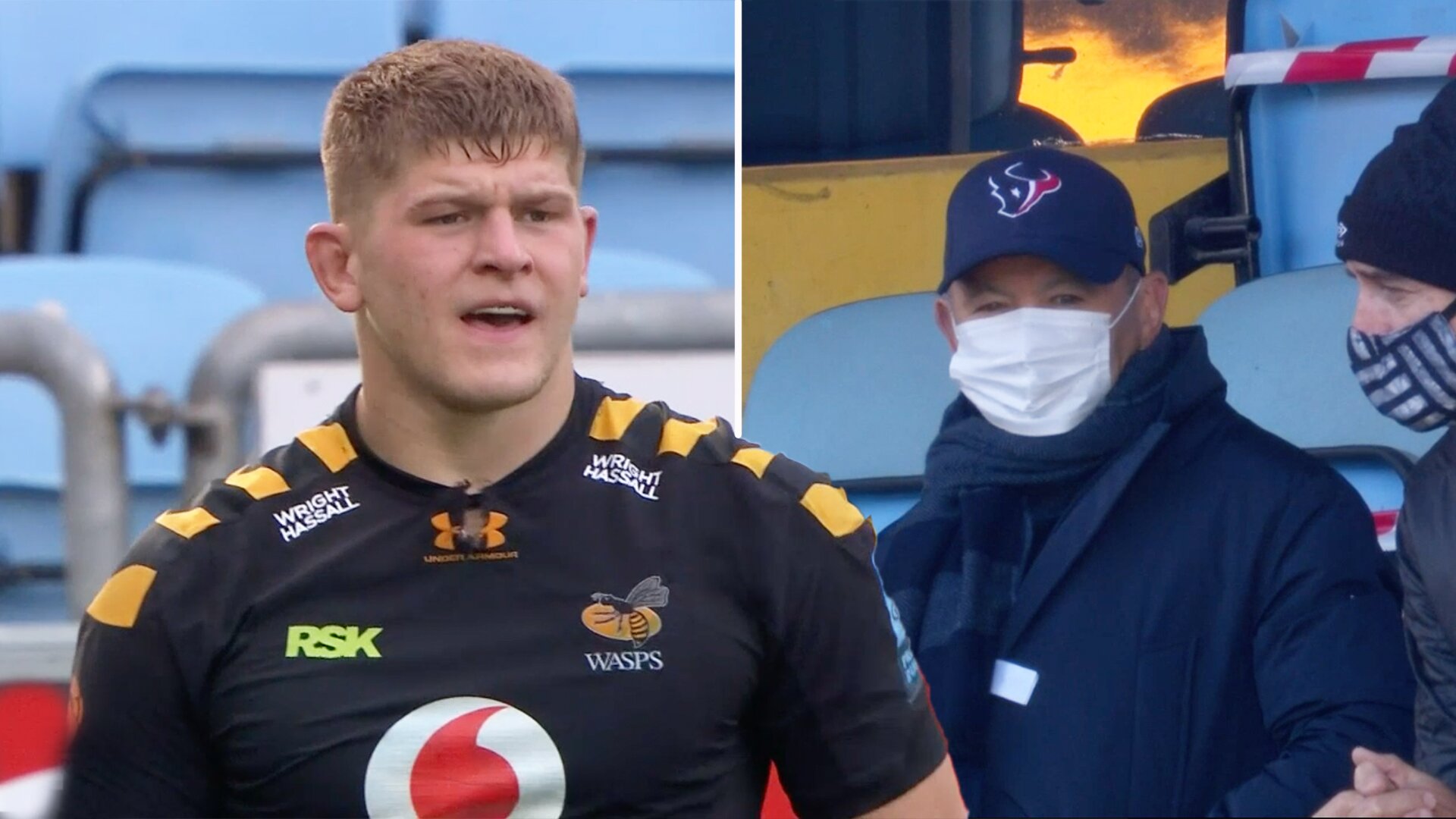 Jack Willis put in yet another outstanding Premiership performance to send Wasps into the Premiership final today.

Fans have been calling for 23-year-old to not only get an England call up – but a space on the Lions tour to South Africa next year after a dominant showing in the back row for the Midlands side.

He was awarded man of the match for his exploits today which is his third in five matches for Wasps.

He scored this brilliant try for Wasps in the first half demonstrating his attacking threat from any area of the field.

What was arguably an even more vital contribution for the young flanker was this intervention early on after the break with the scores at 23-5 and Bristol looking to ignite a second-half comeback.

Somehow he managed to stop Sheedy from going over.

Jack Willis with the moment of the match stopping a certain try to stop Bristol from launching a 2nd half comeback. Lions tourist? 🦁 pic.twitter.com/icK9bv0PDx

Willis was everywhere on the field with an exceptional performance in the breakdown and in defence.

Fans were raving about the young Englishman after his standout performance today.

What chance of England playing a back row of Jack Willis at 6, Sam Underhill at 7, and Tom Curry at 8? 👀

Jack Willis is absolutely balling. Best flanker in the Northern hemisphere at the moment.

There was some chat about Ulster making an enquiry earlier this year but Willis obvs aiming for England caps. #WASvBRI

Jack Willis is a phenomenal player! Dynamite in attack and defence.

Not sure how with all the great back row options but he has to start for England. #WASvBRI

Jack Willis is trending. He’s everywhere at the moment.

If Jack Willis doesn’t get selected for England, then 2020 gets even more ridiculous.