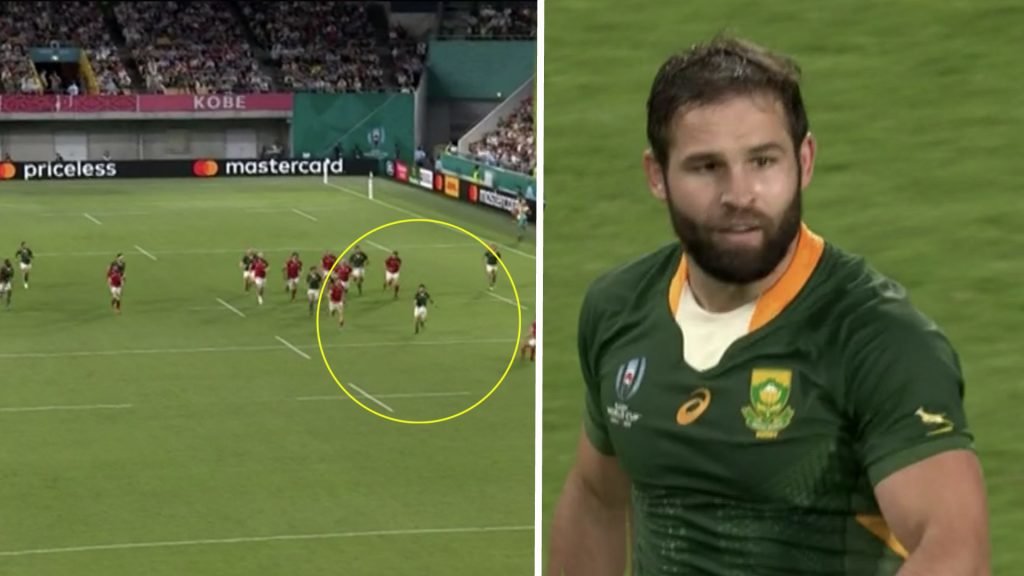 A fantastic try has just been scored in the game between South Africa and Canada by Northampton 9 Cobus Reinach.

Reinach scored a hat trick in the first twenty minutes of the match, how incredible from a player who’s the third choice 9 for the Springboks at the moment.

This is the pick of the bunch with the tries look how good it is.

The Springboks ran out 66-7 winners in the end, in a performance which will please many South African fans. They suffered no injuries and a lot of their fringe players threw their hat into the ring for selection in the knockout stages of the tournament.

Here is the clip of the score it’s fantastic!

Cobus Reinach is having an absolute field day! pic.twitter.com/LFYhkyaIsh

Wales have made two changes for their third RWC Pool D encounter against Fiji on Wednesday (October 9 KO 18.45 local / 10.45 UK).
Both changes to the starting XV come in the back row with Ross Moriarty and James Davies coming into the side at number eight and openside flanker respectively with Josh Navidi switching to blindside flanker.
The front-five remains the same from Wales’ opening two victories with Wyn Jones, Ken Owens and Tomas Francis packing down in the front-row with Jake Ball and captain Alun Wyn Jones continuing their partnership in the second-row.
The backline for Wales remains unchanged with Gareth Davies and Dan Biggar named as the half-backs with Hadleigh Parkes and Jonathan Davies partnering in the midfield.
Josh Adams, George North and Liam Williams line-up as the back-three.
Elliot Dee, Rhys Carre and Dillon Lewis provide the front-row cover on the bench with Aaron Shingler and Aaron Wainwright completing the forward contingent. Tomos Williams, Rhys Patchell and Owen Watkin are named as the backline replacements.