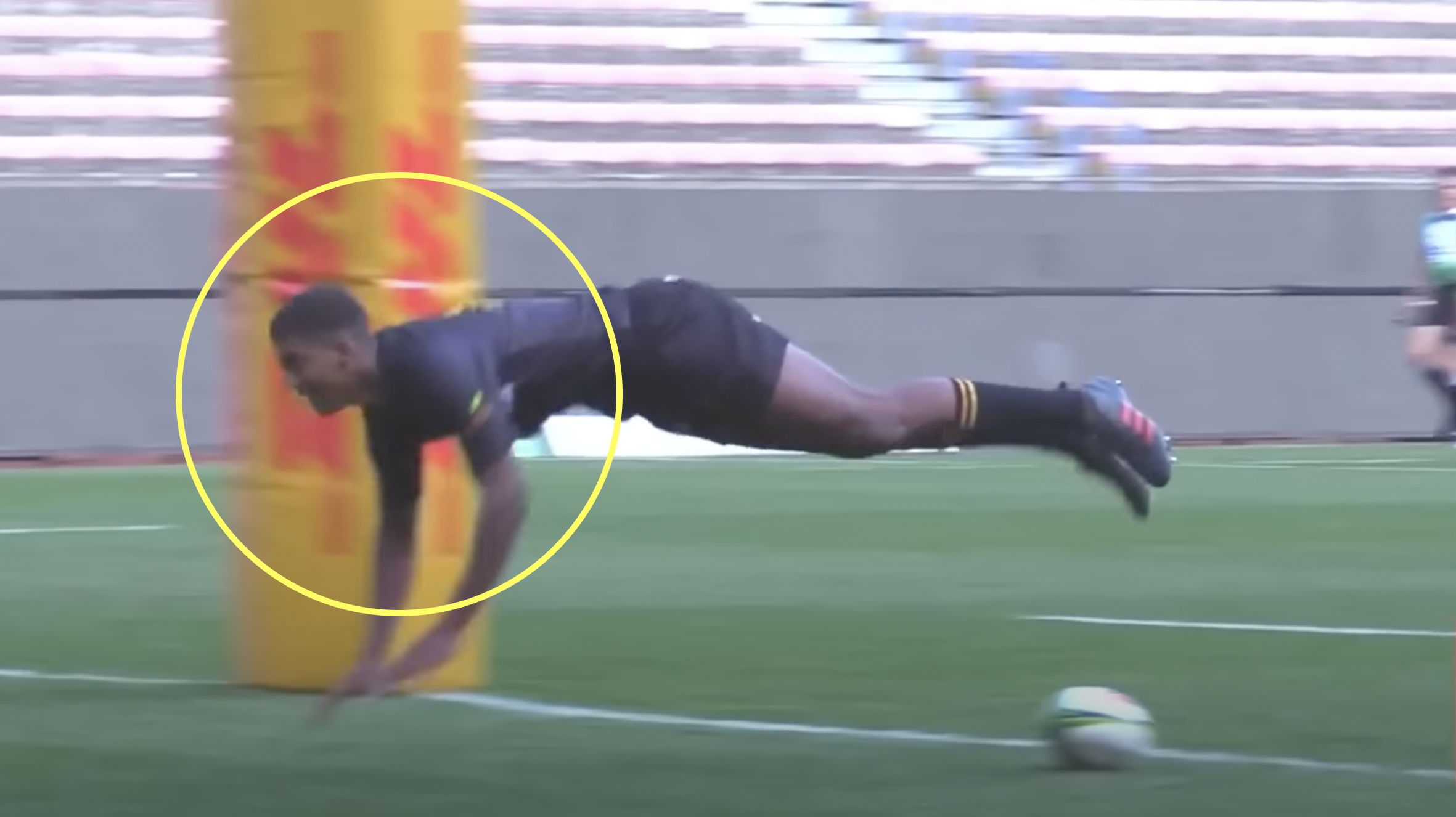 South Africa’s 19-year-old wing Canan Moodie marked his Test debut against Australia in round four of the Rugby Championship with a well taken try, beating opposite man Marika Koroibete in the air to run in to score from 30 metres out.

It was a performance that probably earned the Bulls wing another start against Argentina this Saturday in Buenos Aires, as he continues his incredible rise in professional rugby. What is even more incredible is that it was only two years ago that he was playing schoolboy rugby in South Africa.

Moodie was playing in the centres for his school Boland Landbou just two years ago, and now is starting for South Africa. Then again, from footage that has been shared by SA School Sports on YouTube this week, there were plenty of signs that Moodie had a lot of potential. The video shows the schoolboy running in try after try for his school, and even ends with an interview with him after he was first given his Bulls contract.

South Africa are in the hunt for the Rugby Championship, as are all four teams, and have been boosted by the return of hooker Bongi Mbonambi to the squad this week, who has been absent since round one of the Championship.

“It’s great to have Bongi back in the set-up and this week will be a fantastic opportunity to re-integrate him into our systems and for our medical team to assess his recovery,” said Springboks head coach Jacques Nienaber.

“He is a key player in our structures, and he also has a strong presence off the field, so it is pleasing to welcome him back.

“Bongi was expected to begin training this week, so it made sense to recall him to the squad, so that our medical team can work closely with him to ensure that we can get him back on the field as soon as possible.”