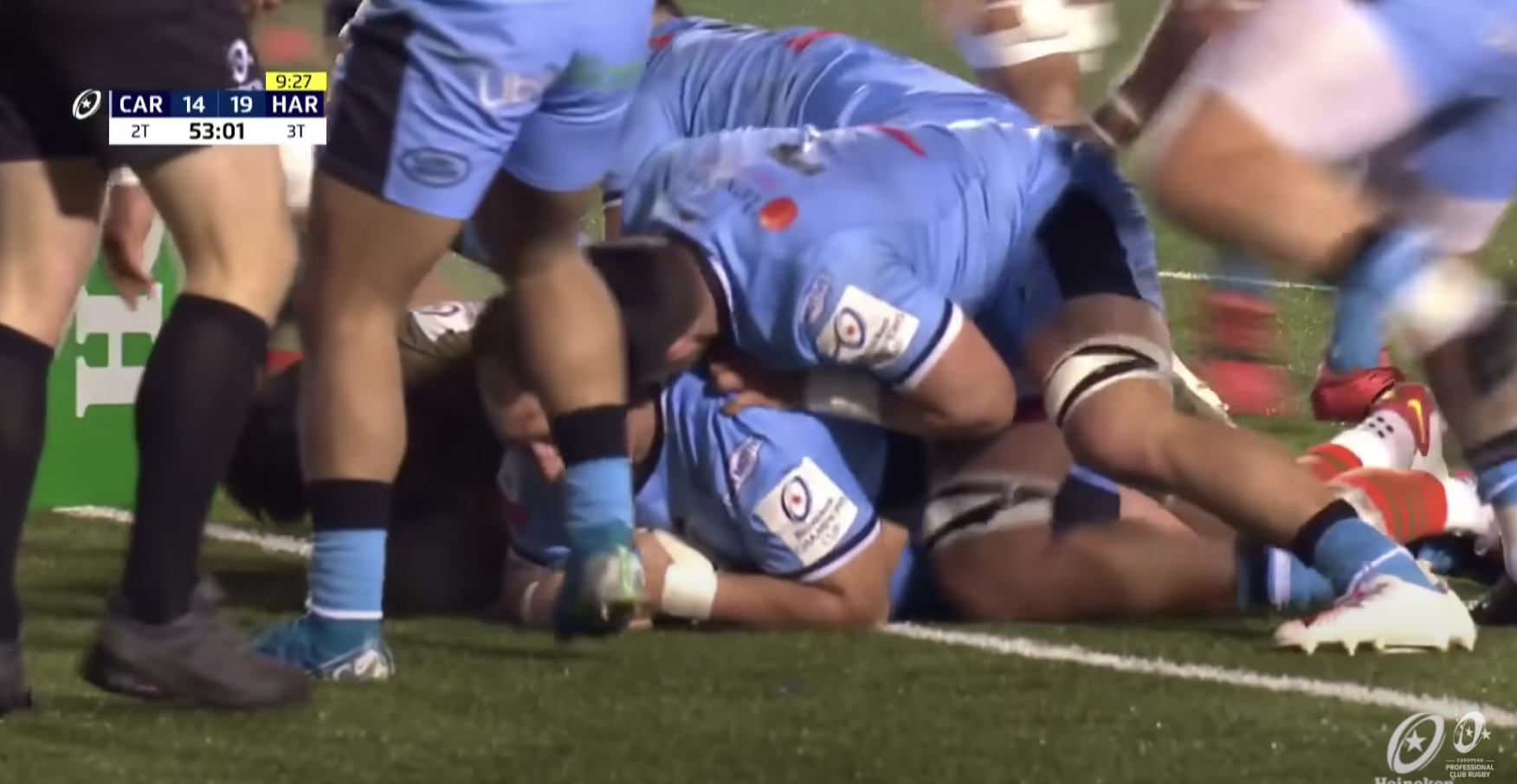 If someone told Cardiff fans, or indeed players, when Toulouse were being crowned Heineken Champions Cup winners in 2021 that they would be earning a 28-0 away win over them the following season, most would have laughed in your face.

But lo and behold, Cardiff have ended up with such a win over the five time European champions in round four of this year’s tournament.

Of course, this was a Covid-induced result, but it did not stop Cardiff’s Jason Tovey from celebrating. The fly-half posted on Twitter yesterday: “Quality win lads defence was unreal especially the last 10 mins. 4 tries away from home to the European champs.”

The win actually puts Cardiff in a qualification place for the next round of the tournament despite not actually winning a match on the pitch so far this season in Europe. These are bizarre times, and a situation like that pretty much sums it up.

This was EPCR’s statement yesterday: “Following a meeting of an independent Match Risk Assessment Committee, EPCR has been advised that the Heineken Champions Cup, Round 4 fixture between Stade Toulousain and Cardiff Rugby scheduled for tomorrow (Saturday, 22 January) at Stade Ernest-Wallon cannot go ahead.

“Discussions with Stade Toulousain and the Ligue Nationale de Rugby took place before the Match Risk Assessment Committee, made up of medical doctors from EPCR’s Medical Advisory Group as well as independent medical specialists, advised EPCR of its concerns as Stade Toulousain had recorded a significant number of positive Covid-19 test results from within its tournament squad, and with the risk of further infection deemed to be too great, regrettably the decision was made to cancel the fixture.

“Cardiff Rugby have therefore been awarded the match in Pool A on a 28-0, five match points basis, in accordance with the Tournament Rules.

“EPCR would like to acknowledge the efforts by both clubs to fulfil the fixture, and would also like to emphasise that awarding the match to Cardiff Rugby is a tournament management measure with the objective of ensuring that all fixtures in the 2021/22 Heineken Champions Cup are accounted for, and not a sanction.”