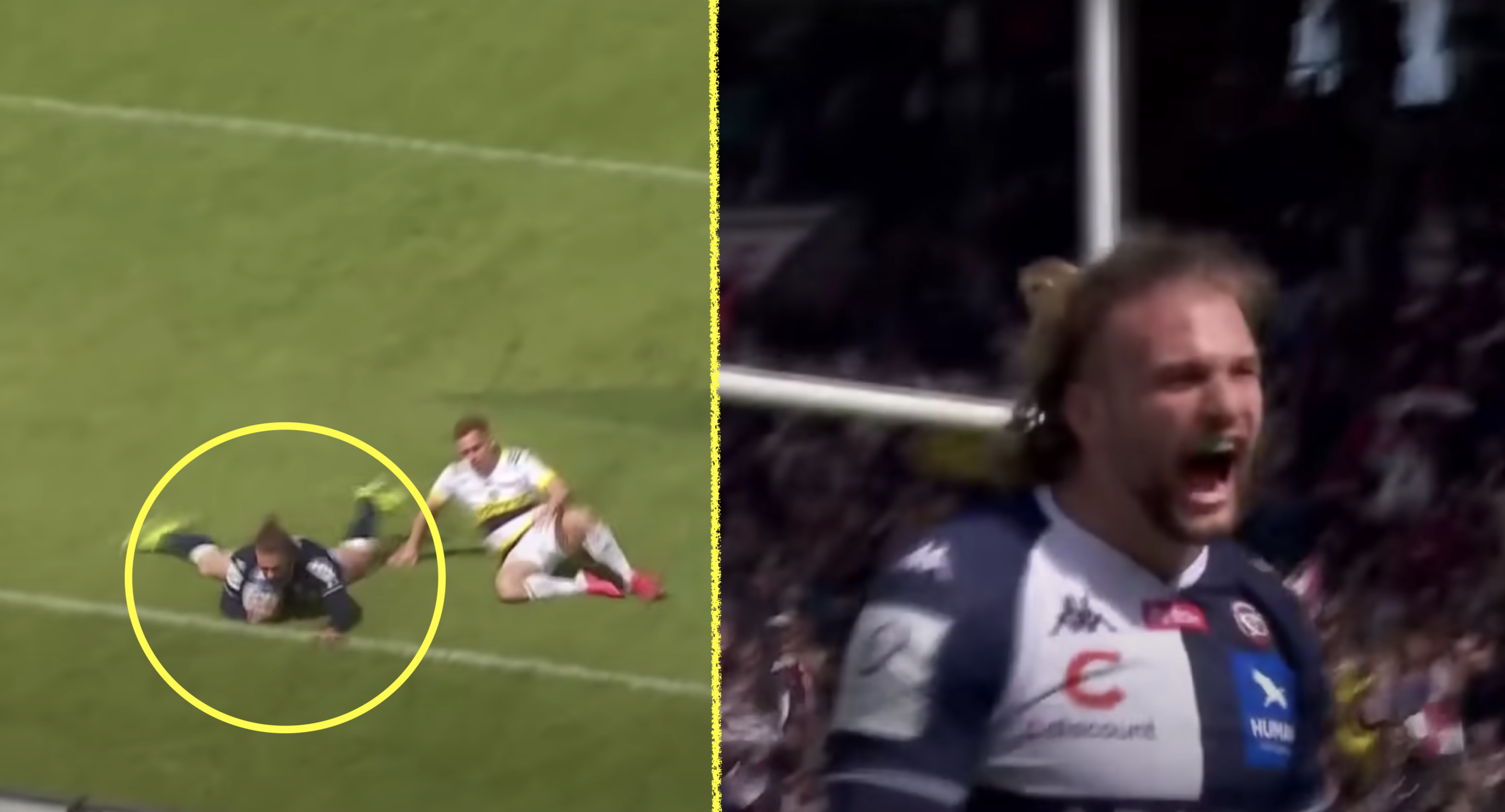 Bordeaux Begles have a lot to do in order to overturn their 18 point deficit against La Rochelle away from home this Saturday, but they will be boosted by the fact that they won try of the round in their home defeat in the first leg last Saturday.

Italy centre Federico Mori was the scorer of the try, but he owes a lot to France flanker Cameron Woki for creating the try. The 23-year-old showed what pace he has as he took the La Rochelle defence on, before a deft offload to the Italian.

Saturday’s encounter will be the two sides’ third meeting in three weeks, with tempers flaring between coaches Ronan O’Gara and Christophe Urios two weeks ago. Bordeaux’s Urios appeared to throw a slap at the Irishman, but both have only been given reprimands by the LNR.

This is what the LNR statement said:

“Ronan O’Gara was found responsible for ‘indiscipline’ and in particular ‘nervousness’ (nervosité) and is sanctioned with a reprimand. Within the framework of article 65 of the general regulations of the LNR, La Rochelle are not sanctioned.

“Christophe Urios was found responsible for ‘indiscipline’ and in particular ‘nervousness’ and is sanctioned with a reprimand. In the context of article 65 of the general regulations of the LNR, Bordeaux-Begles are not sanctioned.”

Your Try of the Round, delivered by @DHLRugby, goes to @UBBrugby‘s Federico Mori 🔥