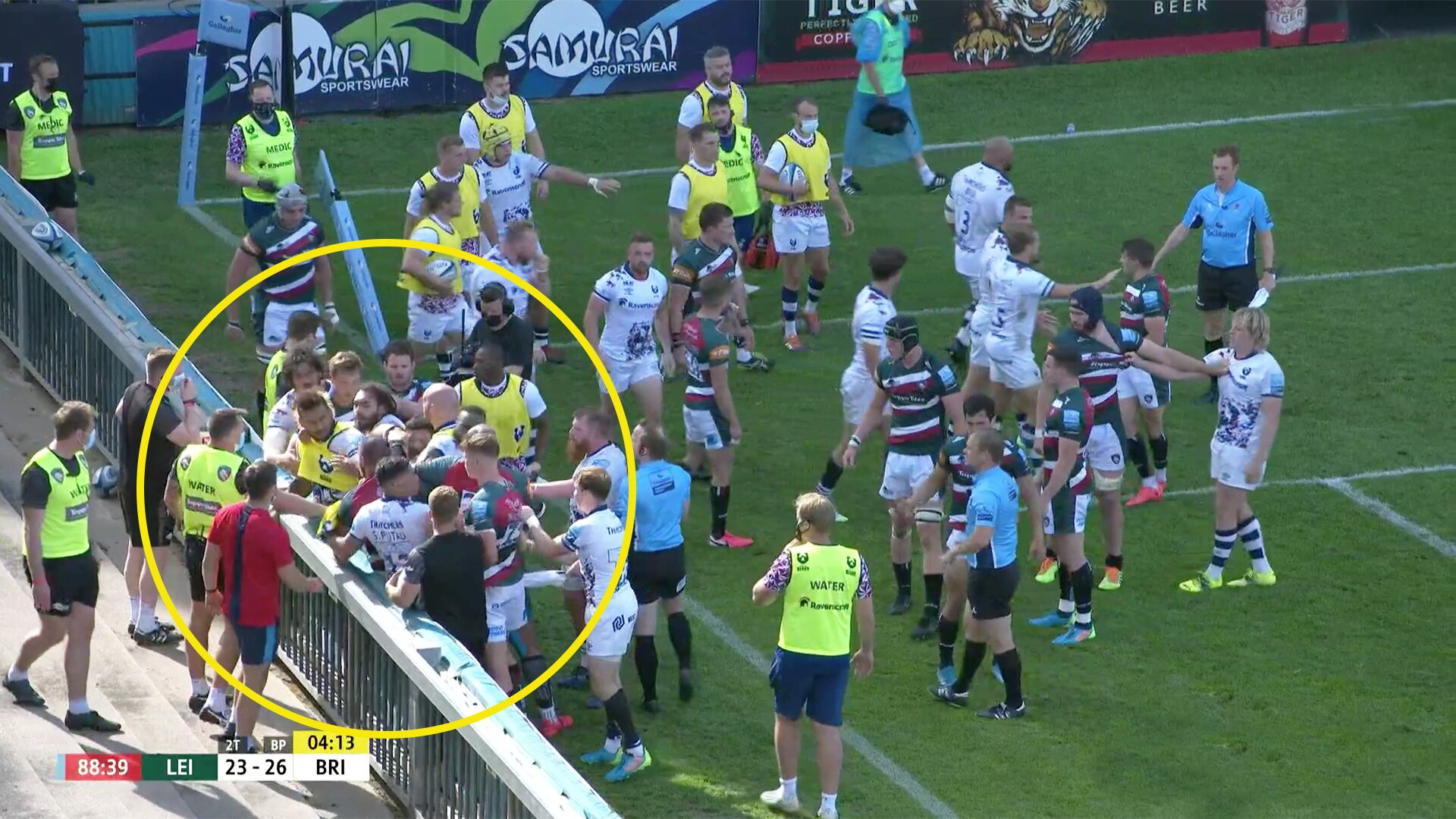 There were ugly scenes today in the Gallagher Premiership as Leicester Tigers and Bristol Bears players came to blows after the final minute of a fiercely contested clash.

The visitors were chasing a playoff spot and came away as 23-26 winners after a fiercely contested match where tempers flared.

Videos of the brawl are now going viral on social media.

It wasn’t just the players who were getting heated with each other as moments before this brawl broke out we see an angry exchange between coaches Steve Bothwick and Pat Lam on the sidelines.

With fans now allowed back in stadiums in England we can see as emotions rise quickly amidst a cacophony of boos in the stadium.

We see as Ellis Genge and Nathan Hughes wrestle away from the mass brawl before the England number eight slams into a cameraman.

Moments earlier we saw this angry exchange between the team’s coaches.

Jon Afoa had previously come off as a ‘tactical’ sub, but tensions rose over his return as both coaches got involved. pic.twitter.com/O8afakCVK7

What did you make of this? Let us know Leicester Tigers and Bristol Bears fans