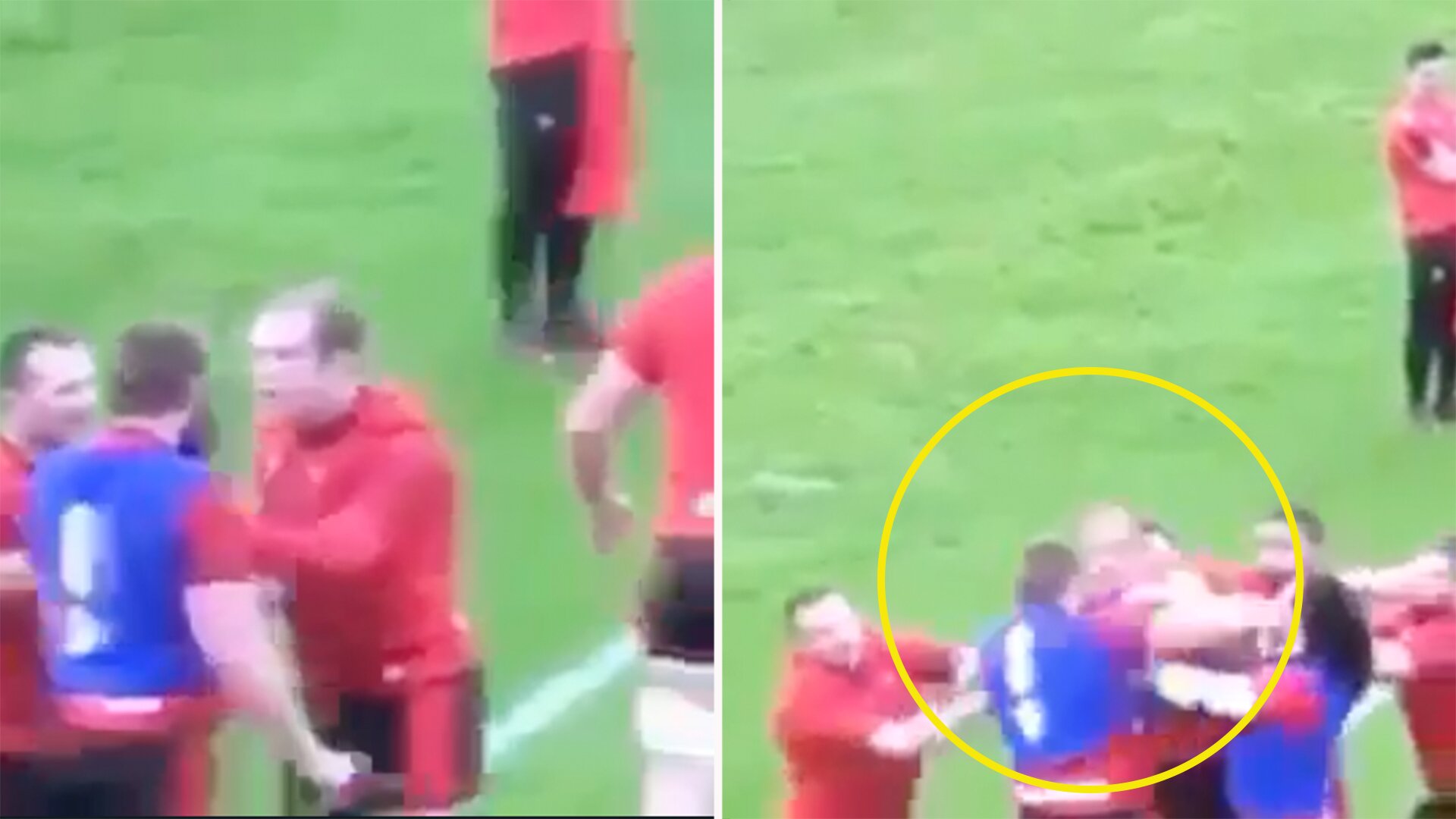 The incident made headlines earlier this year when the Wales skipper sported a black eye during a Six Nations match.

This previously unseen video shows just how savage the training ground bust up was between the second row pairing.

Jake Ball had recently addressed the incident in a talk with The XV and spoke about the fight that was well documented.

Ball said in the interview, “He threw a couple of punches and I threw a couple back. Luckily for me, a few more of mine landed. That’s rugby. Me and Al spoke about it and we’ve moved on.”

It appears from this new footage that it was a little fruiter than that!

Video footage has emerged of the infamous fight between Alun Wyn Jones and teammate Jake Ball that left the Wales captain with a black eye for their Six Nations clash with Ireland. pic.twitter.com/umlUshINAM

What do you make of it?