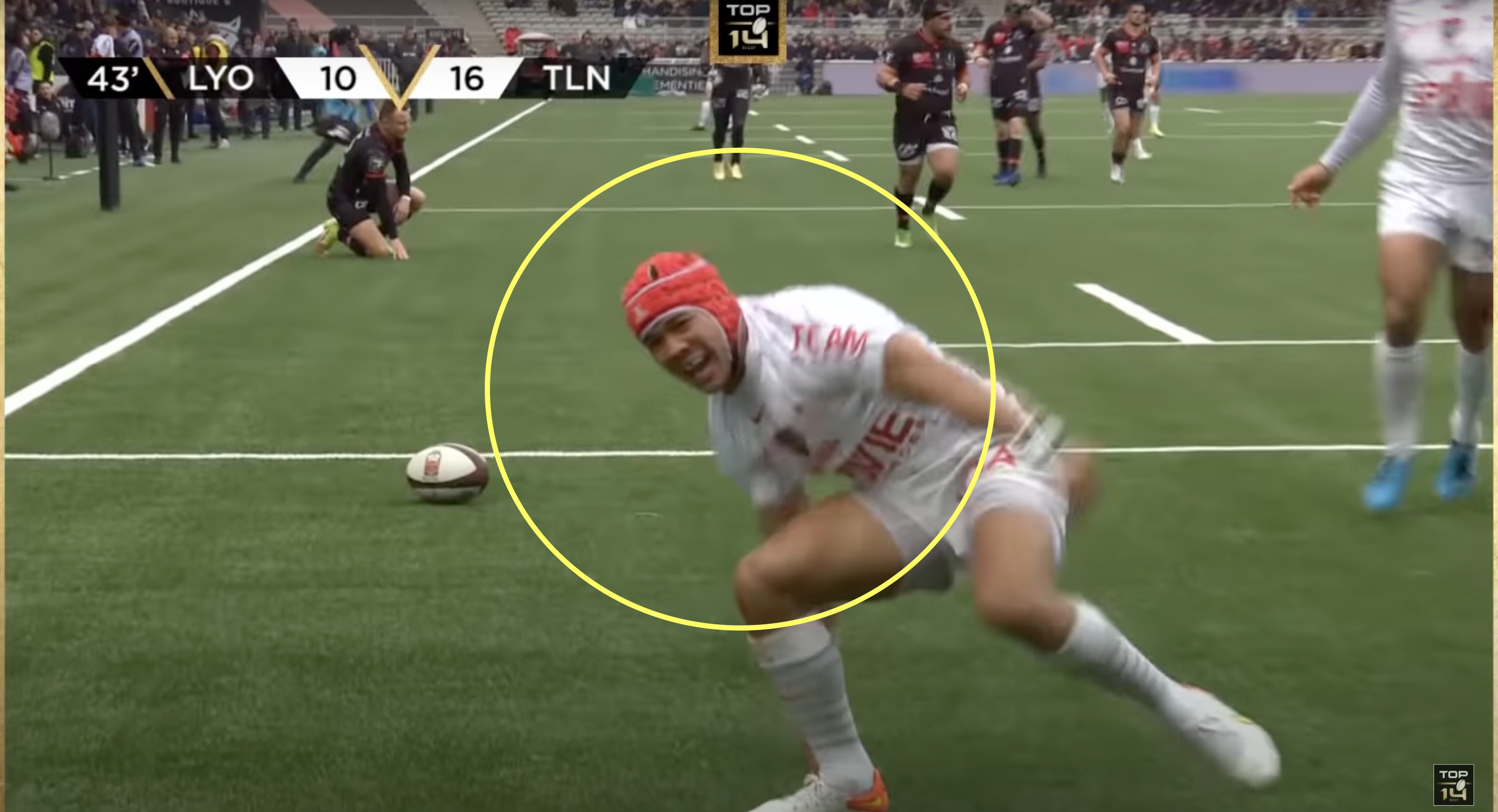 Cheslin Kolbe and Gabin Villiere cause mayhem in the Top 14

If there is one player in world rugby that is similar to South Africa’s Cheslin Kolbe -small, quick, with lethal footwork and deceptive strength- it is France’s Gabin Villiere. So the fact that they both play for Toulon together should be nothing short of illegal.

The pair were at their destructive best at the weekend for the French giants, scoring a try each against Lyon at the Stade Gerland.

Kolbe’s try was quite unique, and was a lesson to anyone that you should always chase penalty kicks to touch. Baptiste Serin’s kick was just about going to land over the sideline, which allowed Lyon winger Noa Nakaitaci the chance to bat the ball back into play. However, that was going to be his undoing. No sooner had the ball been kept in play than the onrushing Kolbe was snatching it in the Lyon 22. From there though he still had some work to do, but managed to glide past fullback Toby Arnold before fending off Nakaitaci. A little forward roll over the try line after scoring was the icing on the cake.

Villiere’s try was slightly different as he was finishing off a break, but still showed great strength at the end to resist the tackle of flanker Colby Fainga’a. What made this try particularly interesting is that the break through the Lyon defence was actually created by an offload by Villiere as he went to ground. He swiftly got back to his feet to finish the break off though. This helped guide Toulon to a 43-10 win away from home.

After being in a precarious position just a matter of weeks ago, Toulon have climbed up the Top 14 table in recent weeks, and are now on a three match winning streak. They sit in ninth place in the league, just two points behind eighth place ASM Clermont Auvergne.