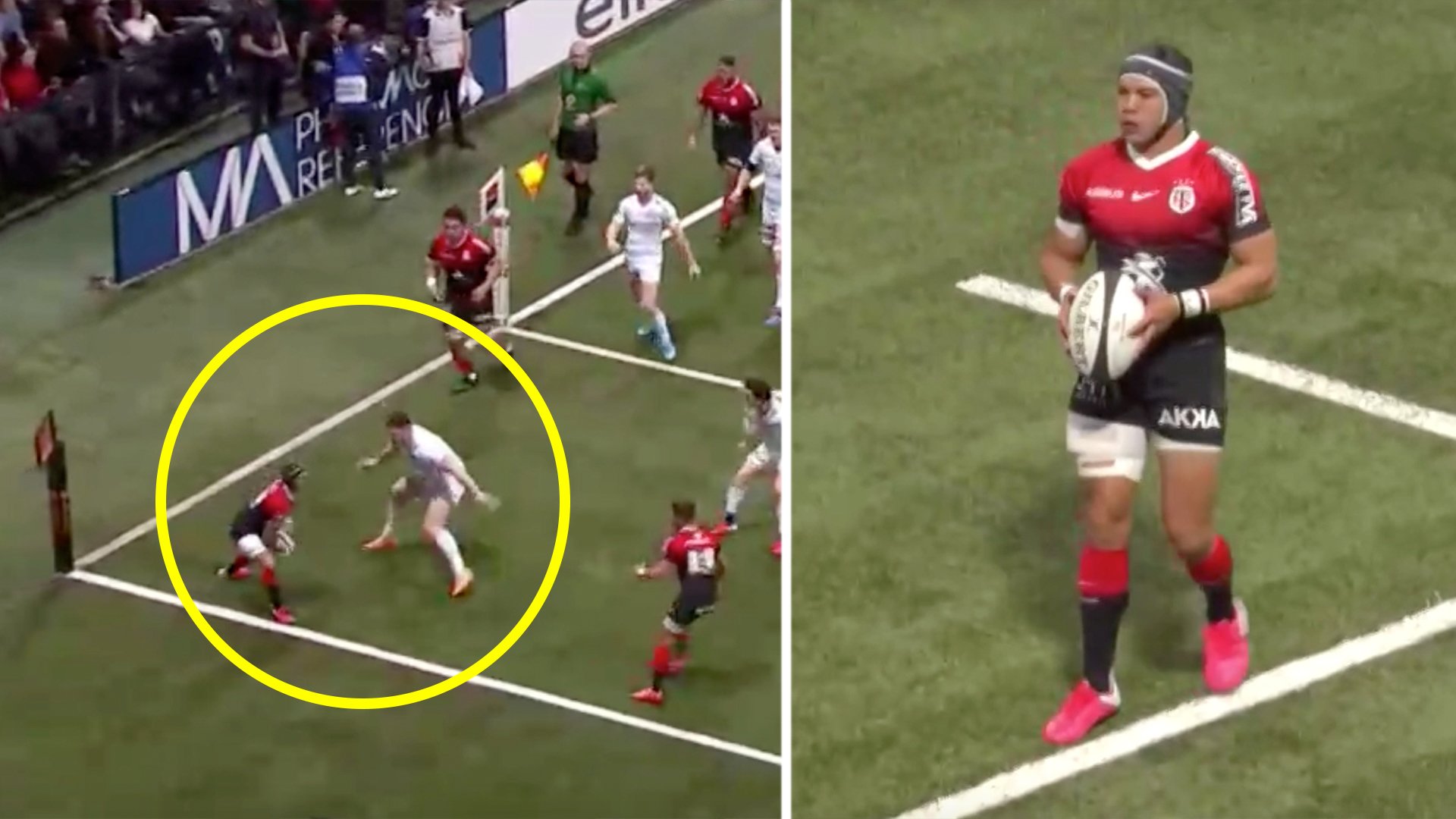 Cheslin Kolbe dazzled at fly-half for Toulouse on his fell debut in that position for the French club.

The man looked confident in the warm-up for the match slotting kicks from everywhere on the pitch.

What amazed us was the confidence that he had on the ball.

In the first half the ball was spilled on his very own try line and he decided to play out from there. That takes some serious plums to be fair.

If that wasn’t impressive enough, Kolbe was then seen kicking the penalties from his team from the sidelines. Is there anything this man can’t do.

Here is the clip of his massively impressive conversion from the touch line.

We are massive fans of Kolbe here at Rugby Onslaught and we still can’t quite believe that we get to see him in action at 10 for Toulouse!

He then went on to score  48m penalty kick later in the game.

This kick was even more impressive to see! We couldn’t believe it!

Toulouse are missing Romain Ntamack and some of their key players due to the Six Nations. It seems like they don’t miss them too much!