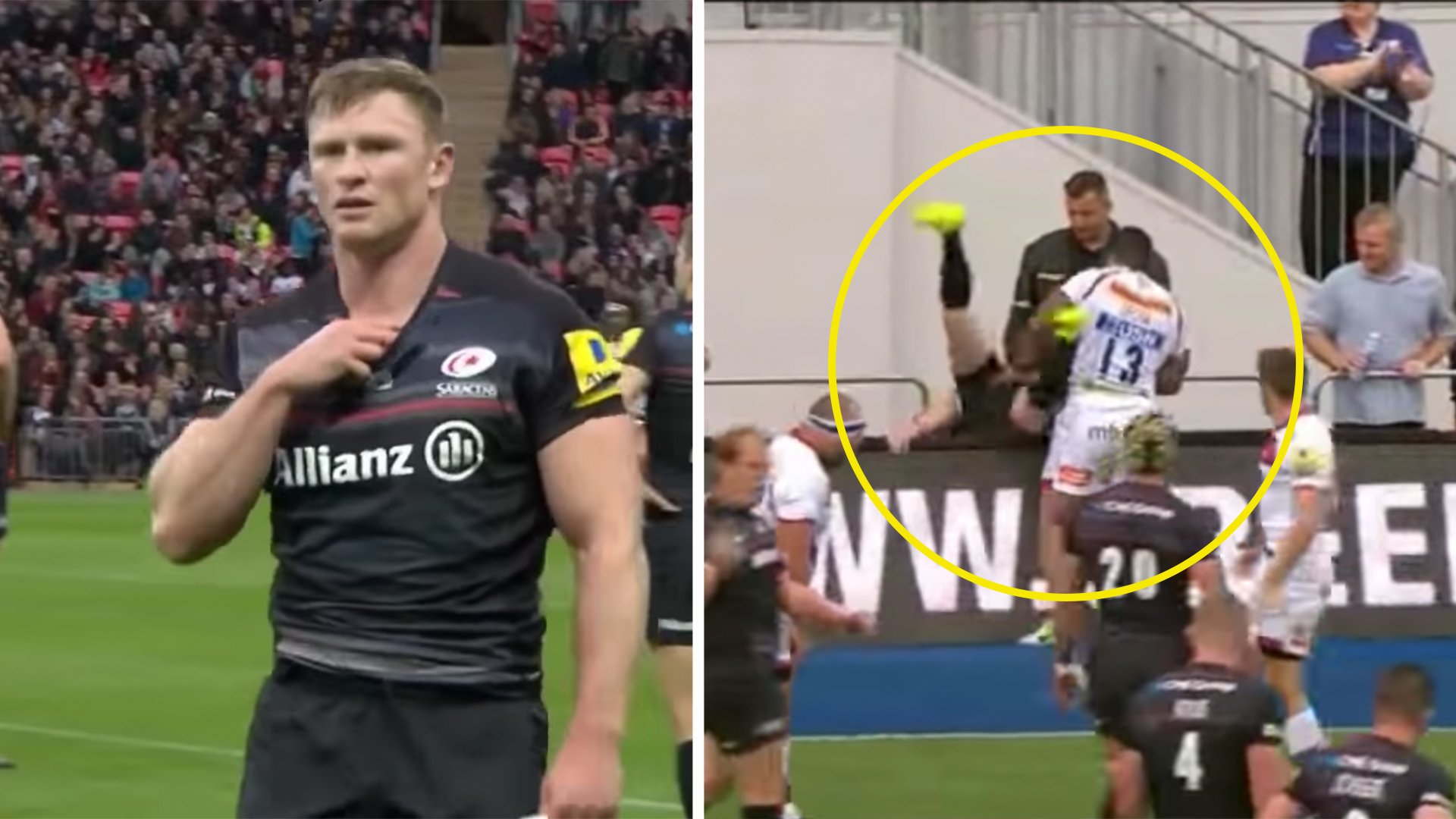 Pacific Islander, Johnny Leota,  was something of a hero amongst rugby fans on this day.

For years Chris Ashton has been a marmite figure in the game with unquestionable ability combined with a tasty temperament that has landed him in hot water on several occasions in his career.

This video showcases one incident where Chris Ashton bit off more than he could chew whilst playing for Saracens against Sale Sharks back in 2014.

Chris Ashton is first to the ball and gathers – electing to run the ball into touch as he’s hounded down by the incoming Leota who wants the ball immediately.

The England wind up merchant refuses to hand over the ball forcing the Pacific islander to literally take matters into his own hands.

This incident came as welcome viewing for many rugby fans who over the years have grown weary of Chris Ashtons fiery temperament and arrogant antics on the rugby field.

England back row Matt Kvesic will re-join Worcester Warriors from Exeter Chiefs on a long-term contract for the 2020/21 season. The 28-year-old made 63 appearances in his first spell at Sixways between 2009 and 2013 before spending four seasons with Gloucester.

Kvesic became Warriors’ youngest player in the professional era when he made his debut against Scarlets in an Anglo-Welsh Cup match in November 2009 having arrived at Sixways from Blundell’s School in Devon. He has won four England caps, the most recent against Italy in a World Cup warm-up match in Newcastle and his decision to return to Sixways has delighted Warriors boss Alan Solomons.

“Matt’s decision to commit his long-term future to Warriors is a major coup for the club,” Solomons said. “Matt started his career at Sixways and it is terrific that we are bringing him home the same as we did with Graham Kitchener. He is a physical, abrasive, durable, top-class loose forward, who has deservedly been capped by England.”

Kvesic is Warriors’ second new recruit for the 2020/21 season after fly-half Billy Searle who will be joining from Wasps.