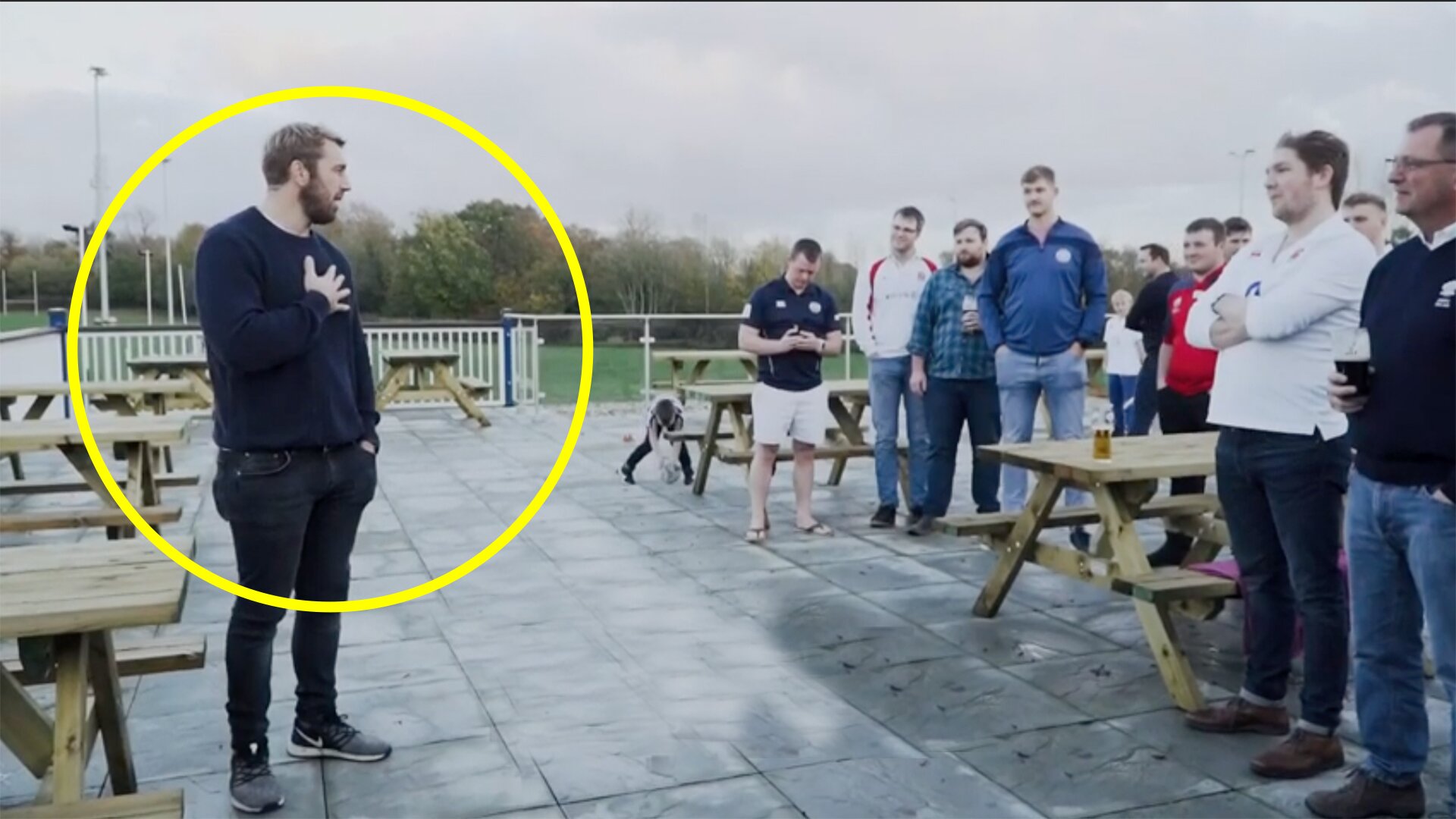 Former England captain Chris Robshaw was filmed going down to East Grinstead rugby club to apologise for his involvement in the Barbarians match against England being called.

Two weeks ago, Rugby Onslaught was the first to release the video of Robshaw and the hungry dozen as they enjoyed a few cold ones in a pub.

In this Rugby Onslaught exclusive, we see several high profile members of the side drinking together in what was said to be a team bonding experience.

The eagerly awaited fixture was scrapped after news broke that 12 players had breached Covid rules after leaving their team hotel to go for a meal.

Robshaw posted an emotional apology on his social media.

The match between England and the Baa’baa’s that was cancelled is said to have infuriated officials at the RFU with the game’s cancellation set to cost up to £1m for the union.

12 members of the Barbarians playing squad were banished from the camp after having gone out in central London on Wednesday. One restaurant the players are known to have gone to was Sergio’s Italian.

After the RFU launched an investigation into this meal they found that the team had also had an unauthorised night out to a pub 24 hours previously – this new video would appear to show that night in question.

The Harlequins man, who is going to the MLR after this season was filmed visiting players at East Grinstead rugby club, where recently passed police officer Matt Ratana coached.

Robshaw was set to play in memory of Ratana before the game was cancelled.

After launching the investigation, the RFU’s chief executive, Bill Sweeney, made the decision that the safety of the players was compromised after the breach of protocol and that the only necessary step was to cancel the fixture. The union already had to refund 30,000 tickets from the Barbarians match being rescheduled from June and it is likely to be liable to do the same again here which is set to cost them up to £1m.