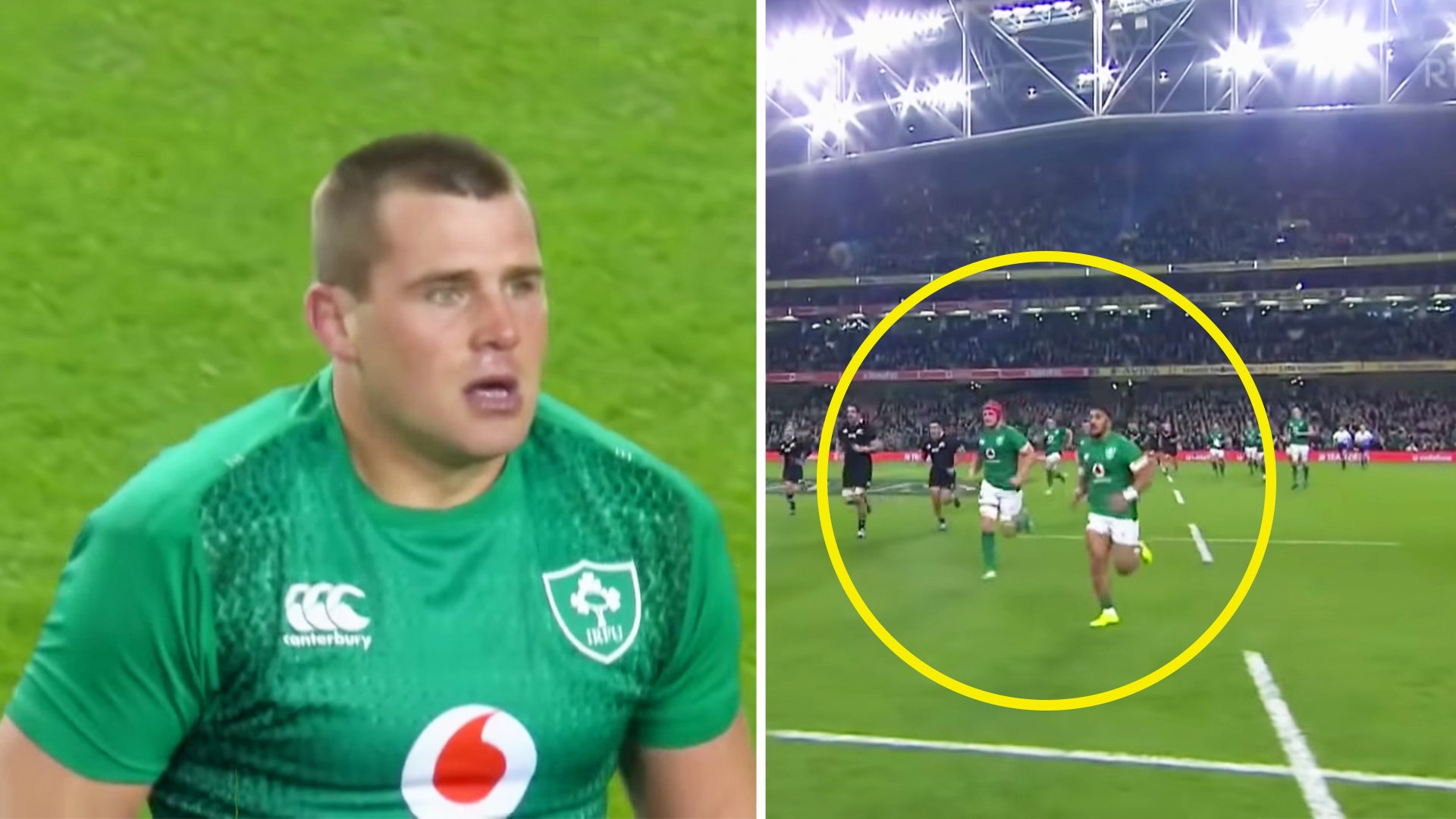 CJ Stander is a revered figure in World Rugby and is immensely popular in Ireland. Clips like this prove why that’s the case.

The 30-year-old back-rower has been a regular under Joe Schmidt and now Andy Farrel as well as impressing on the 2017 Lions tour of New Zealand.

We unearthed this incredible footage from Irelands historic 2018 victory over the All Blacks in Dublin.

The match had been on a knife-edge in the first half with the home side holding a narrow three-point lead going into the break.

It's coming back… clubs given 10 weeks to prepare for matches! https://t.co/voreLg2Ih7

Stander had had an impressive first forty minutes – having secured vital turnover ball as well as dominating in the defensive line.

There was a special feeling around the Aviva on this day with the crowd making exceptional noise.

In the final play of the half we see the Irish get the put into their own scrum.

The All Blacks get a good shove on but the Munster number eight is able to get the ball away before charging down the blindside.

Prop Cian Healy decides to poke the ball out of play to put an end to the first half.

Clapping and cheering rings around the stadium as the crowd – roused by their side’s display – rise to applaud their team.

We then see Stander epitomise Ireland’s mentality on that day with the way he returns to the changing rooms.

CJ Stander bounces up off the floor from the bottom of a ruck and starts sprinting to the changing rooms from the far side of the pitch.

The Munster man can be seen flying past the whole All Black team, clearly desperate to be first into the dressing room.

This is like a scene straight out of Forrest Gump!

What could be the reason for this?

A call of nature? Or perhaps these were the psychological mind games that sunk the All Blacks before the second half even begun. Seeing how up for the match Stander was.

Do you think this would have affected the All Blacks mentally?