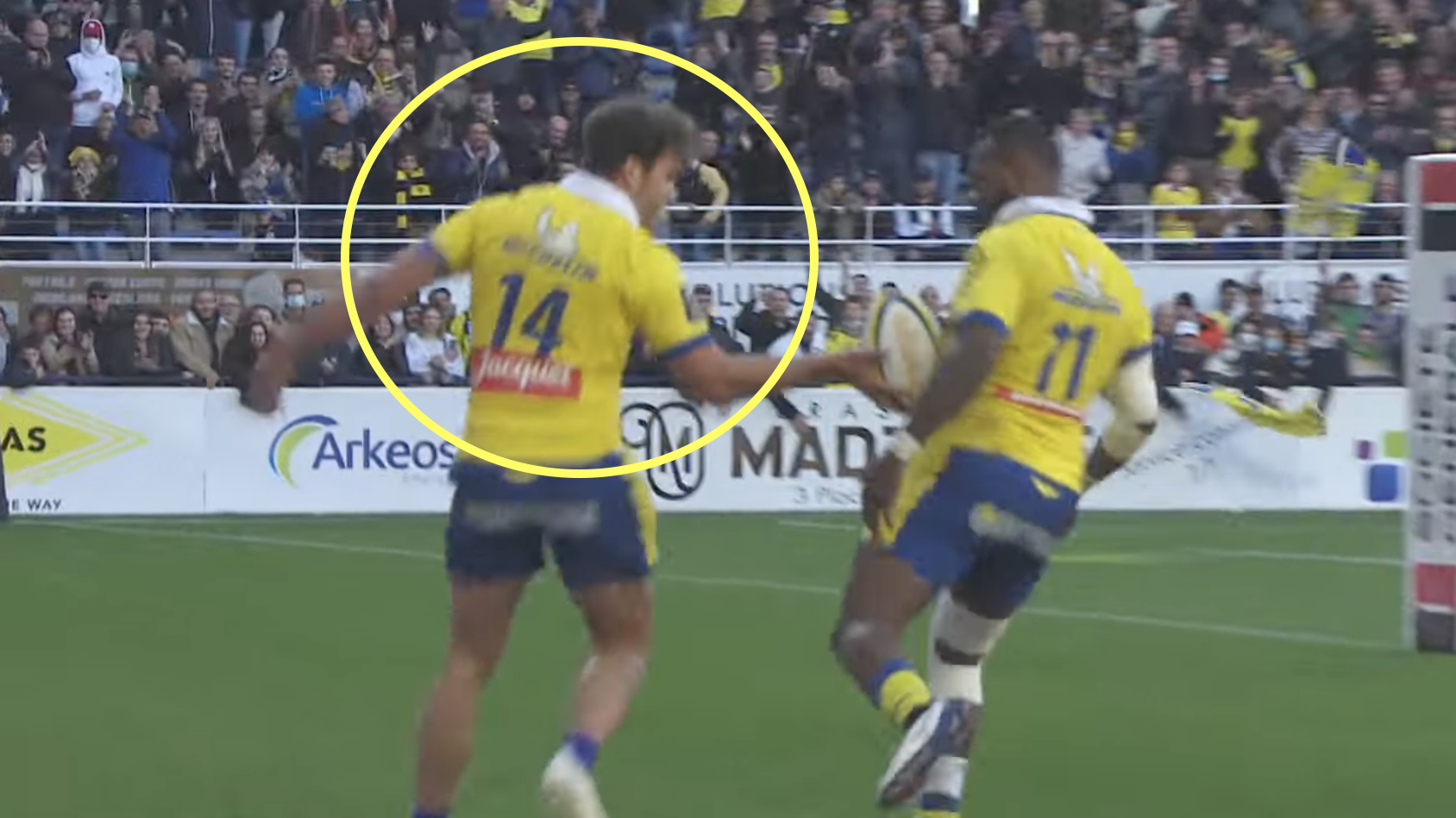 It is not that uncommon to see a player with two tries be handed the ball over the line in order to complete their hat-trick. It does not happen all the time, but it does happen.

What is less common, however, is to see a breakdown in communication that almost ends in disaster for the two players. But ASM Clermont Auvergne’s wingers Damian Penaud and Alivereti Raka almost found themselves in that situation against Pau on Saturday.

Raka was close to a hat-trick in the final twenty minutes of the match at the Stade Marcel Michelin when Penaud surged his way clear on the left side of the field. As he went to place the ball down under the posts, he reached out to give the ball to Raka, only for the Fijian born France international to decline his offer. This created a moment where the ball was almost spilt, and in fact the only reason it wasn’t is because Penaud presses the ball against his teammate’s stomach.

Of course, Penaud was not attempting this when the game was still close, as his side won the contest 42-20. Nevertheless, regardless of the context, if the ball was dropped on this occasion, blunders like that are rarely lived down, and are often eternised in highlights reels for years to come.

The try in itself is an impressive finish from Penaud, who came off his own wing and joined the line with devastating effect. It exhibits perfectly why the Frenchman is so dangerous, as he possesses pace, a strong hand off and a rangy running style.

Penaud will be teaming up with France now ahead of the autumn internationals. Raka, on the other hand, has missed out again having been out of favour in French colours recently, earning only one cap since the 2019 World Cup.