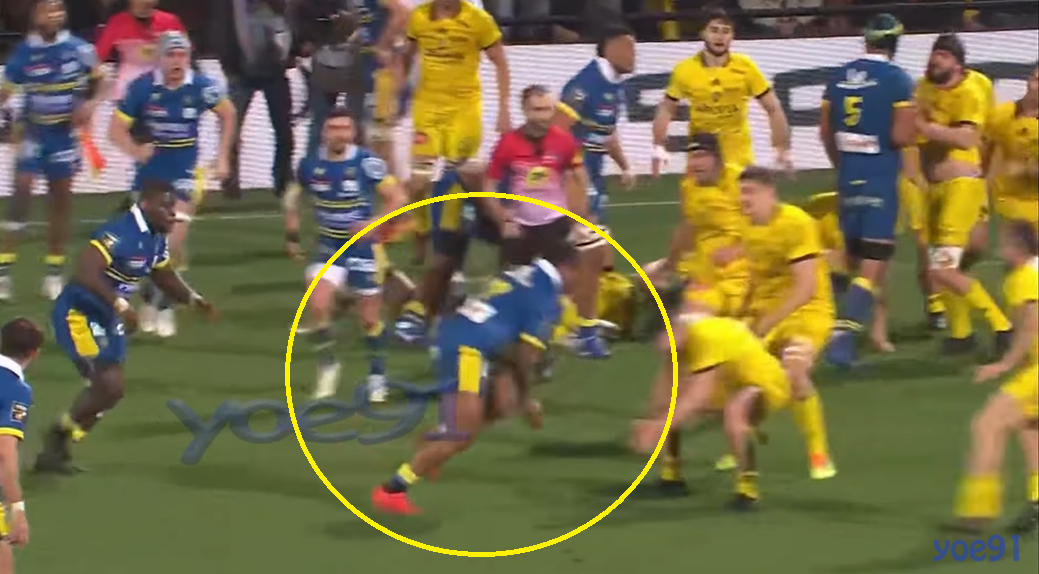 Clermont’s Apisai Naqalevu is hard to stop. He’s 111kg of brute force but he’s also got significant skills too, as La Rochelle found out.

Although he runs over players for pretty much the entirety of this video, he also kicks a brilliant crossfield kick pass. It seems like it was on purpose and not a shanked kick anyway. Video below.

Harlequins and The Harlequins Foundation have partnered with experts from Australia’s Monash University to conduct research focused on supporting rugby to be more inclusive for women and girls. The Double English Champions previously released research on homophobic behaviour in male rugby.

This research is believed to be the first in the world to quantify, through surveys, the impacts of homophobic and sexist attitudes, stereotypes, and discrimination. Interviews were also conducted to understand their experiences playing the sport and investigated their attitudes on a range of topics.

Research by the International Olympic Committee has found homophobia and sexism are closely intertwined, and sexist attitudes often underpin homophobic banter and stereotypes about women who play traditionally male sports, such as rugby. It has also been found fear of homophobic stigma and stereotypes can deter girls from playing these sports. This was investigated by the study.

These results are released ahead of Harlequins’ third-annual LGBTQ+ Pride-themed game on Saturday, 19 February where they take on Wasps. A research summary has also been created which will be made available to the rugby community and to those who are attending a national symposium on LGBTQ+ inclusion in rugby which is being hosted by the Harlequins at the Stoop on 18 February.