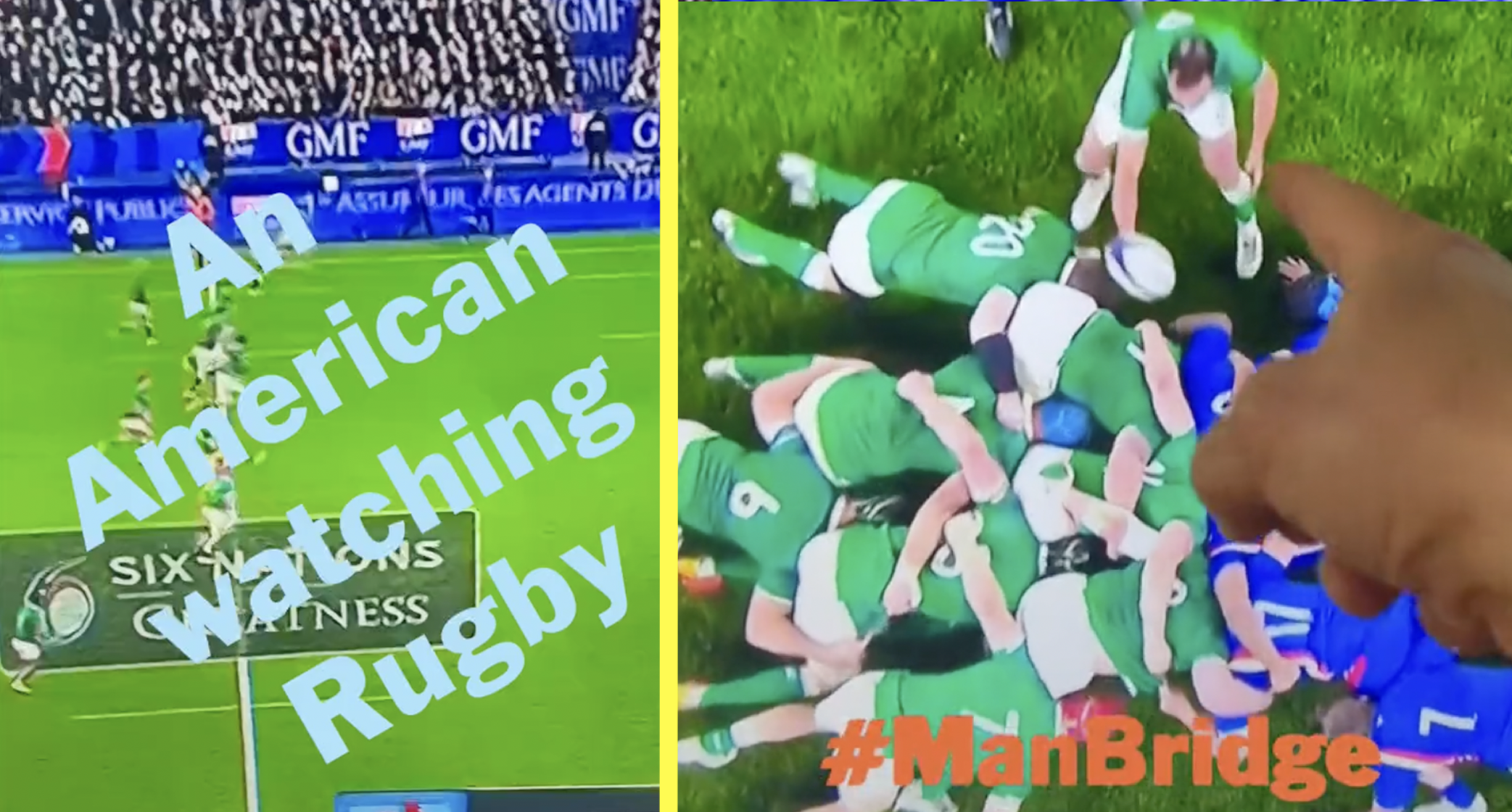 American comedian Orny Adams provided his own commentary and analysis of France versus Ireland in the Six Nations on Saturday and it is absolutely priceless.

Adams wrote in the comment that rugby is “a sport I do not understand at all,” which is clear from the beginning, but he cannot be faulted for entering in and he provides a different spin on some of the more bizarre aspects of the game. He may have even coined some new phrases and terms in the game such as ‘man bridge’ for a scrum.

Maybe the funniest part of the whole video was his description of kick tennis, which, to be fair, sometimes confuses frequent fans as much as newcomers. He said: “Now somehow the ball gets loose again then this guy [Melvyn Jaminet] just kicks it! Kicks it to this guy [Hugo Keenan] who’s not even on his team. This guy goes ‘yeah you think you can kick? Watch me! I’m gonna kick it too.'” That might well be the greatest ever commentary of the kicking side of rugby ever made that will resonate with diehard fans to complete newbies.

Adams even throws in a suggestion after Jamison Gibson-Park’s try that a team should be given extra points if a player slides between the posts.

Take a look and enjoy:

I'm watching Rugby. A sport I do not understand at all. But I'm living it. @SixNationsRugby #FrancevsIreland #comedian #ornyadams pic.twitter.com/lIrrPVGHIE

If there was any game for a newcomer to watch, France versus Ireland may have been the one, as it was a game filled with skill, drama and outrageous physicality throughout. Les Bleus came away with the 30-24 victory, meaning they are now the only unbeaten side left in the Six Nations and look to be a terrifying team to face as they seem to be marching to their first Six Nations title in twelve years. They still face tough away trips to both Scotland and Wales before hosting England in round five.