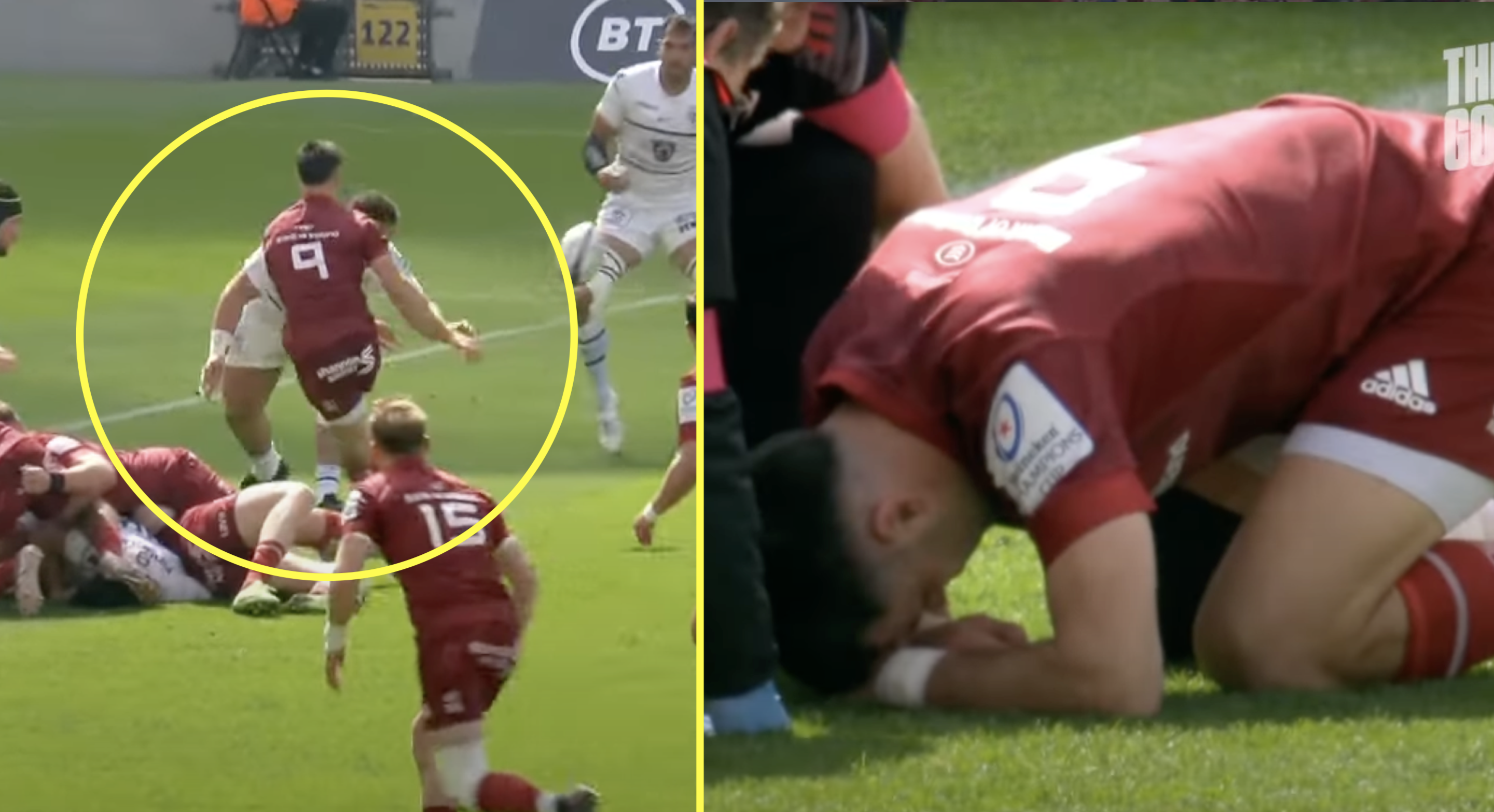 The fact that Conor Murray was still standing to take his kicks in Munster’s penalty shootout against Toulouse on Saturday is nothing short of a miracle after the punishment he faced against the French giants at the Aviva Stadium.

Murray was one of two Munster players that missed a kick in the Heineken Champions Cup quarter-final, but his match could have been over in the first ten minutes. That is because he was the unlucky recipient of a huge hit from 6’8″, 145kg lock Emmanuel Meafou.

The 23-year-old Australia-born France hopeful lined the Ireland scrum-half up perfectly in the eighth minute, and certainly made his presence felt, leaving Murray on his hands and knees on the floor gasping for air.

Now there are questions around the legality of the hit, as Murray clearly did not have the ball in his hands when the tackle was made, but it is fair to say Meafou had committed to the tackle. When you are that size as well, it is harder to pull out of the tackle. Judging by his size, he’d probably need about a week’s warning in order for him to pull out of the tackle. Whether he was actually onside or not is another debate, as the lock did not seem to make much effort to get behind the back foot of the ruck after tracking back. But that of course does not stop it being an almighty collision.

Speaking on Le French Rugby podcast recently, Meafou said that he wants to play for France, which is an exciting prospect for Fabien Galthie.

“Oh man, I want to play for France,” Meafou said. “France is definitely on my radar. There’s been a little bit of discussion around it and I’ve been working around getting my passport, but I want to play at top level.

“I’ve been here now for over three years now so I would definitely love to play for France – if that came up I would definitely say yes to that. Until then, I want to play some good rugby for Toulouse and see what comes from it.”