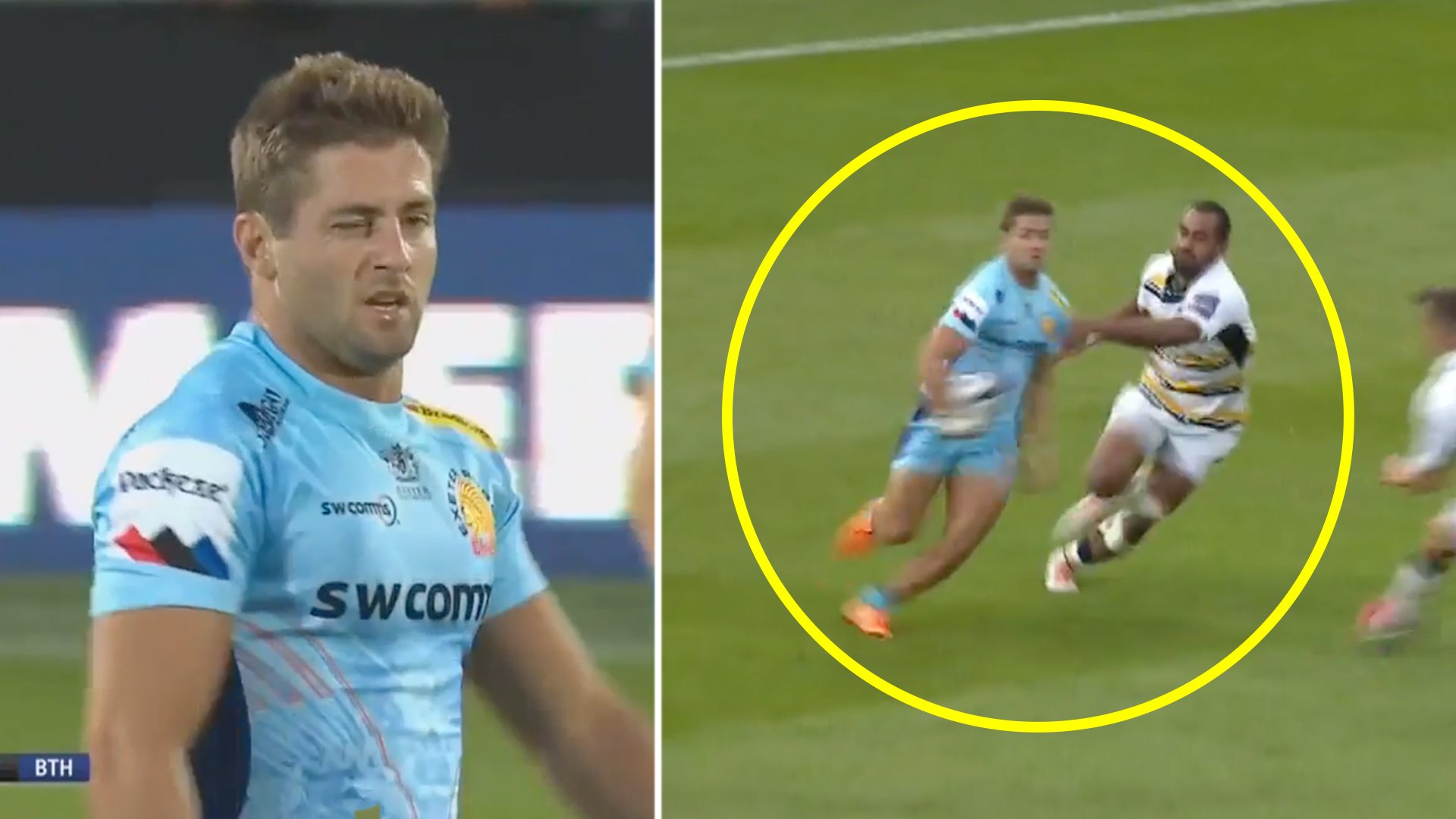 Many Exeter fans will miss their speedster, Santiago Cordero. But this video of the speedster in action is definitive proof that the team won’t last long in the league without him.

We stumbled across this video of the Argentinian playing for the Exeter 7s team in 2018 and it really highlights just how good he was for the team from the South.

In the 7s tournament that he played in, he was simply untouchable, highlighting how he had one of the best steps in the game.

Exeter fans will certainly miss the skills of this man.

Their team is nowhere near as exciting as it was back then with him in the team.

Cordero is currently playing for Bordeaux in the Top 14, but there is talk that he may one day return to Sandy Park.

He featured in a live stream for Exeter Cheifs last night, sporting some impressive facial hair!

Exeter were on course to win the Premiership title this season before it was cancelled.

When the tournament resumes it will look like they will be favourites to win again as Saracens are now relegated to the Championship.

Exeter currently have some strong players in their backline such as Stuart Hogg, but what fans would do to have this man back in their team with the pace and speed that he had!

Back in 2018, Ben Smith from RugbyPass spoke highly about the winger, saying he could be the most exciting player the Premiership has ever seen.

His phenomenal footwork and explosive speed has the potential to take Exeter’s attack into another dimension. Plugging a player with this ability into the Chiefs system has so far been a masterstroke, with Cordero beating a staggering 17 defenders for 7 line breaks in just two games.

Look at at how he made space for others players around him!