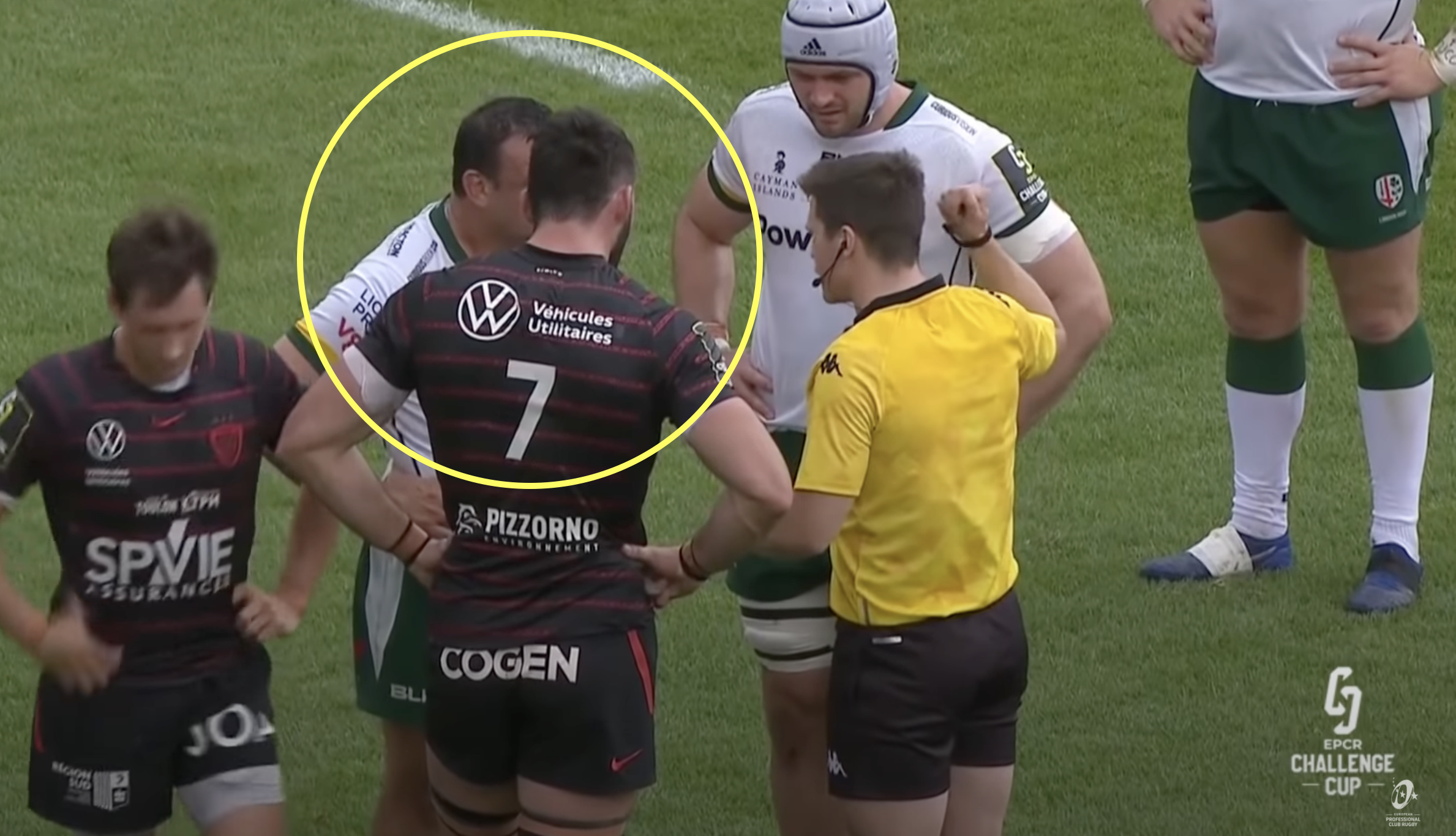 London Irish hooker Agustin Creevy has been banned for one week after pulling Toulon lock Eben Etzebeth’s hair during a fracas on Sunday in the Challenge Cup quarter final.

The 37-year-old was shown a yellow card at the Stade Mayol in his side’s loss and has been banned for the Exiles’ next match, which is the Premiership Rugby Cup final against Worcester Warriors next Tuesday.

There are plenty of people that thought this should have been a red card, so London Irish could feel happy in a way that their hooker is only missing one match. He will therefore return for Irish’s final game of the season, a Gallagher Premiership clash against Bath at the Rec in their race to make the top eight in the league.

This statement was issued by the EPCR today: “The London Irish hooker, Agustin Creevy, has been suspended for one week following an independent Disciplinary Hearing arising from his club’s EPCR Challenge Cup quarter-final match against RC Toulon at Stade Félix Mayol.

“Creevy was cited by the match Citing Commissioner, Eugene Ryan (Ireland), for pulling the hair of the RC Toulon second row, Eben Etzebeth, in the 35th minute of the match in contravention of Law 9.27.

“Law 9.27 A player must not do anything that is against the spirit of good sportsmanship
Under World Rugby’s Sanctions for Foul Play, Law 9.27 relating to hair pulling or grabbing carries the following sanction entry points – Low End: 2 weeks; Mid-range: 4 weeks; Top end: 6 to 52 weeks.

“On the basis that the player accepted that he had committed an act of foul play and had a good disciplinary record, it was decided to grant the full 50% mitigation and the committee therefore reduced the sanction by one week before imposing a one-week suspension.

“Creevy will miss the Premiership Rugby Cup final against Worcester Warriors next Tuesday (17 May) and will be free to play next Wednesday (18 May). Both the player and EPCR have the right to appeal the decision.”

This should have been red for Creevy.