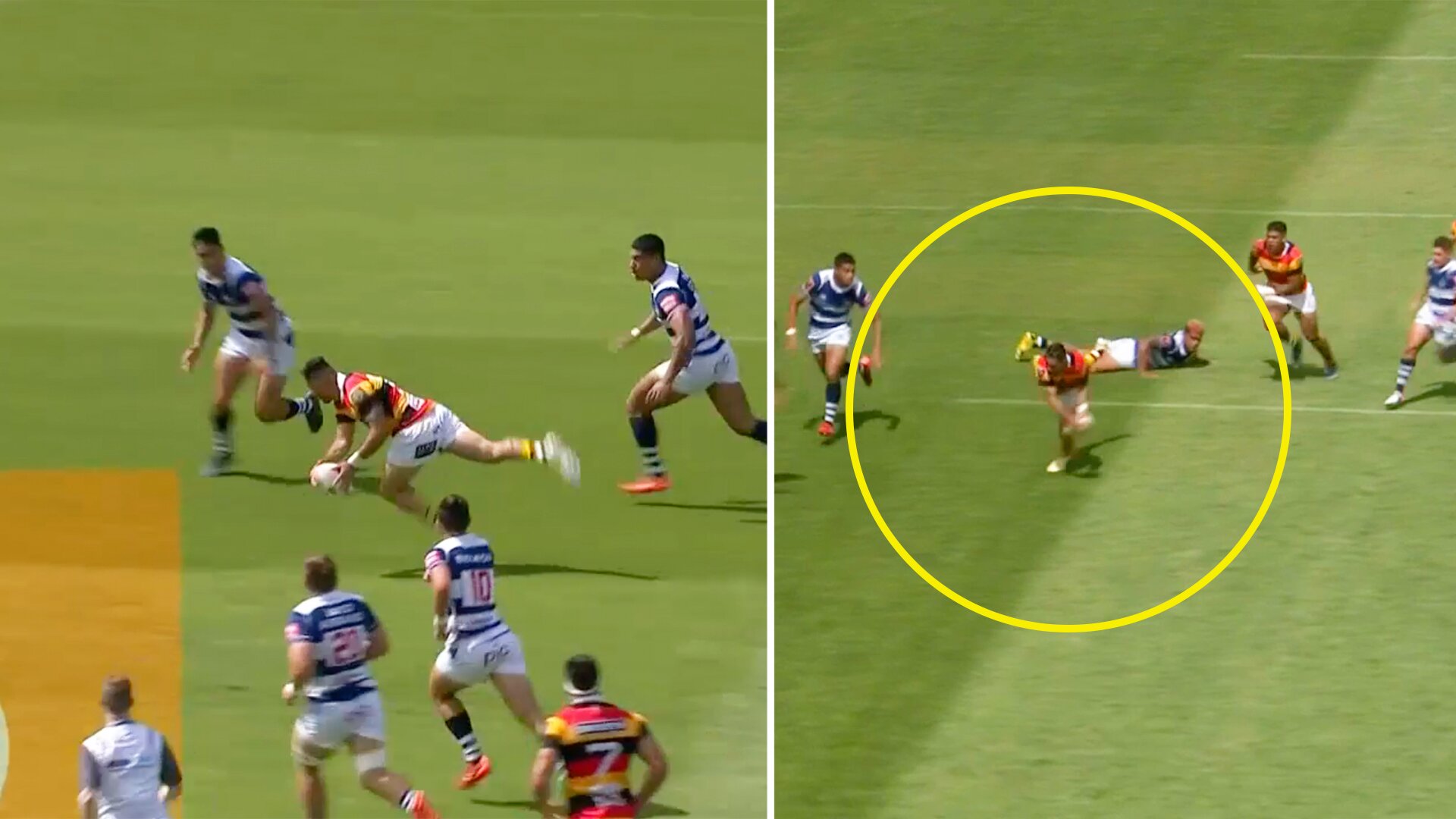 Fans who came to watch Auckland vs Waikato in the Mitre 10 Cup last week were stunned by this stupendous effort from winger Beaudein Waaka in the semi-final clash.

The match had been a free-flowing, end to end encounter with the hosts edging out Waikato in the end but not before this outrageous piece of skill in the closing stages of the match.

Auckland emerged as 23-18 winners in the hotly c0ntested showdown before facing Tasman in the final a week later.

Winger Beaudein Waaka was responsible for this incredibly offload as his side chased what would have been a winning score in the 73rd minute of play.

We see as Waikato get the put into the scrum just inside the opposition half on the left hand side.

They throw it from left to right and perform a pre-planned backs move that sees the ball pulled back to the onrushing Waaka from out of the back of the play.

Watch the stupendous piece of skill in the video below.

We watch as he catches the ball with one hand before cutting through the Auckland defence. He then races away into opposition territory before his ankle is tapped by a covering defender.

Waaka struggles to maintain his balance but before he goes to ground he throws this outrageous – out the back door pass to his supporting winger. Watch this alternative angle of the pass below.

Waikato progressed on to the final of the Mitre 10 Cup but were then overcome by Tasman in a thrilling clash.