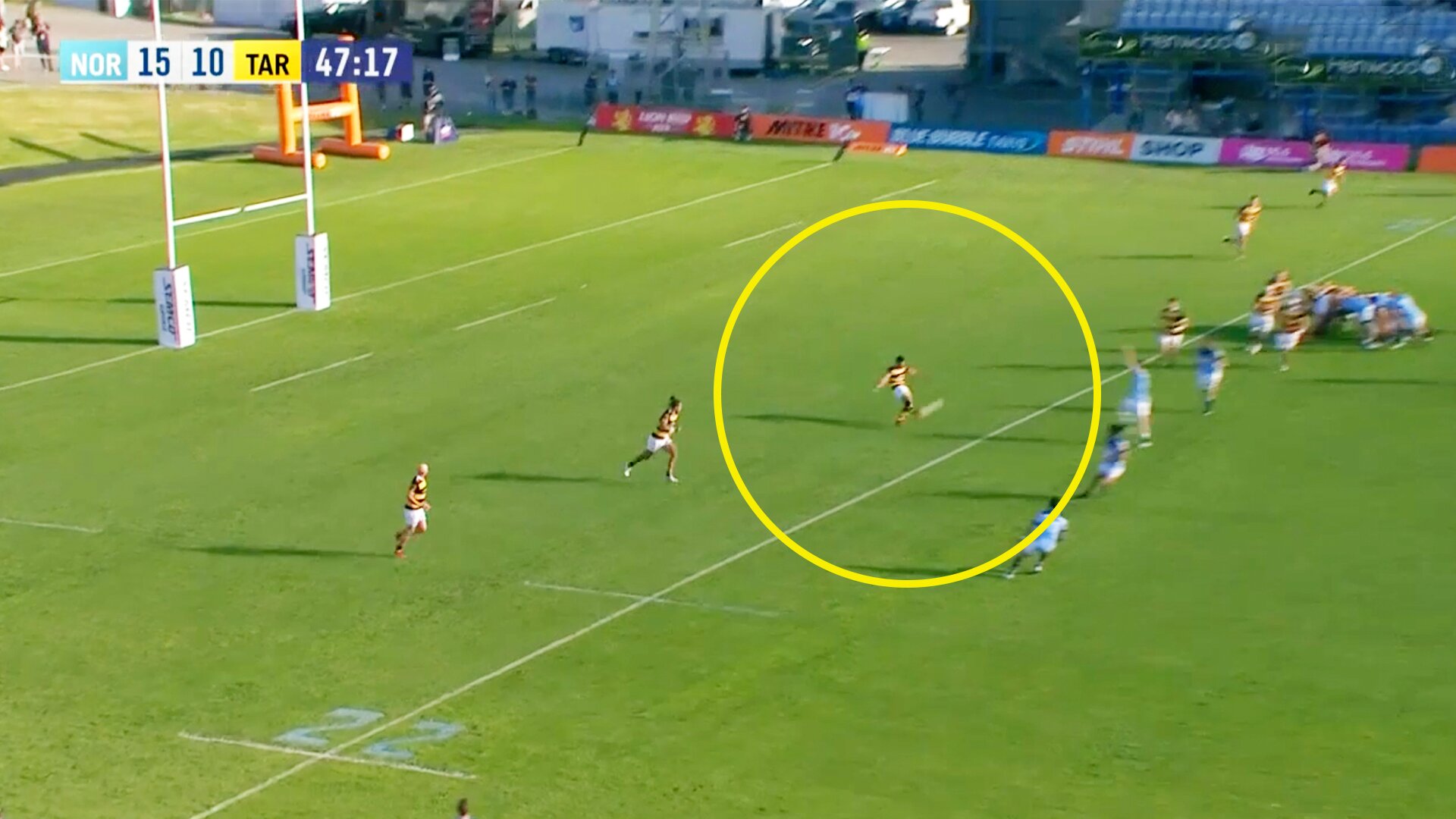 Mitre 10 fans were wowed this morning by one of the best tactical kicks ever seen on a rugby field.

Northland met Taranaki in the New Zealand based competition in what had been a hard fought encounter with the scores standing at 15-10 before this incredible moment.

We see as Taranaki fly-half, Stephen Perofeta, receives the ball deep in his own 22. He’s almost perfectly in the centre of the field. What he went on to do was truly astounding.

Watch the sensational Mitre 10 kick below.

Sit back and admire one of the greatest touch finders you will EVER see!

This wasn’t a length of the field score or a bone-crunching hit – but the technical skill to nail a kick from this huge distance with this level of accuracy was almost unheard of.

“You’re too fat, secondly you’re too slow, thirdly you’re bloody arrogant”, was former All Black coach Laurie Mains’ scathing review to one of the greats of the game.

Before he accumulated 51 tests as captain of the All Blacks, Sean Fitzpatrick received a gobful from Mains in the year the Otago coach took the reigns of the national side.

All Blacks great Sean Fitzpatrick: ‘Laurie told me I was too fat, too slow and too arrogant’ https://t.co/ywsR5bSGaD

It was 1992, a year after the All Blacks lost to the Wallabies in the semifinal of the World Cup.

Mains had succeeded Alex ‘Grizz’ Wyllie as head coach and didn’t mince his words when he called Fitzpatrick about what he thought of him.

“He said ‘well, you’re probably not going to be’ …. literally like that, as Laurie can, as Laurie would.

“He said, firstly you’re too fat, secondly you’re too slow, thirdly you’re bloody arrogant and, the thing that hurt me most of all, he said you’ve lost the respect of the All Blacks jersey.

“He said if you can show me you’ve changed in the next six weeks playing for Auckland I might give you a chance in the All Blacks trials.”

The message got through.

big weekend of rugby in the Gallagher Premiership

Here is what each team needs from the final round: https://t.co/XUQ54Tr292

🐝 A loss could see them miss out entirely but if they are to be certain of a home semi-final they will need to claim a bonus-point win over the league leaders. pic.twitter.com/dD5Ay0uWwy

Fitzpatrick said the year before 1992 his life got cluttered and other things distracted him from footy, so he turned the page and got stuck into his craft.

“I got fitter, faster, stronger, totally focused and, unfortunately for Laurie, his man, Mike Brewer, got injured in the All Blacks trial,” he said.

“In those days they named the team straight after. It took them about two hours debating, and Ernie (selector Earle Kirton) told me after, ‘the only thing we were debating, Fitzy, was who was going to be captain, because Laurie did not want you’.”

And as the history shows, Fitzpatrick became the All Black captain in the 1992 season.

The hooker would go on to lead the national side in 51 tests, also mounting a then-record 92 cap career until his retirement in 1997.

Asked about the infamous act, Fitzpatrick told The Pod he shared a beer with le Roux, remembering something his father taught him.