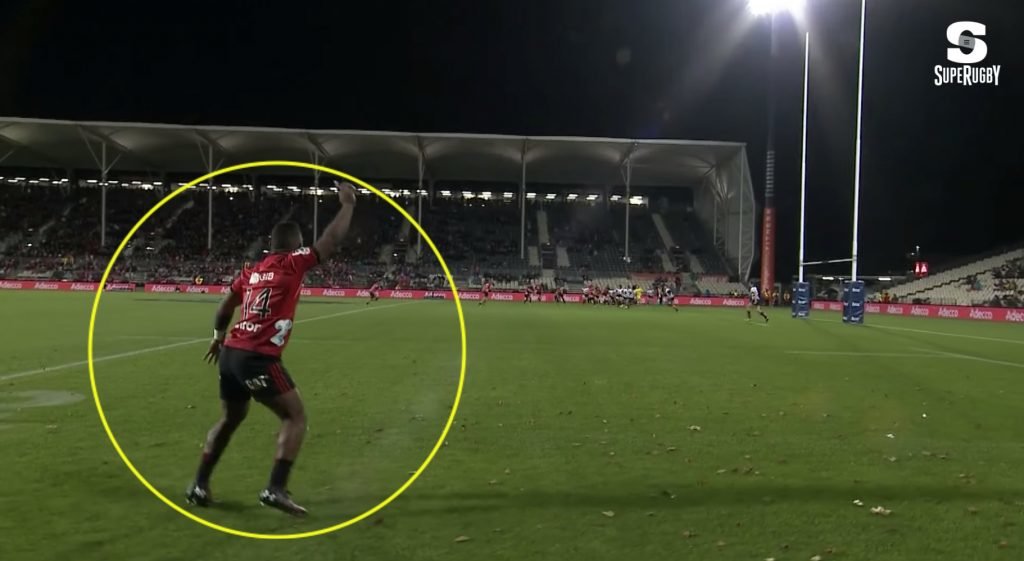 Other teams like the Blues struggled this weekend but the Crusaders know how to dominate.

Look at the highlights here, they don’t touch the ball once…

In Other News: ARU release statement on Israel Folau

Rugby Australia has issued the following statement after a media report this evening contained a letter issued by Israel Folau to the Rugby Australia Board.

“While we accept that a PR firm has been engaged to coordinate a media campaign to promote the legal action taken against Rugby Australia, we are disappointed that this campaign is impacting on the work done by the thousands of volunteers who are delivering great experiences for the Rugby community and also that it has taken the focus away from a crucial Australian Super Rugby derby, being played by Israel’s former team tonight.

“Rugby Australia has acted with complete professionalism and integrity at all times through the process in which Mr Folau was found by an independent three-member tribunal panel to have made multiple, serious breaches of the Professional Players Code of Conduct.

“While we will continue to respond to any legal action as required and will continue to defend the values that underpin our game and the work done by the hard working volunteers, we will not engage in a running media commentary.”

Israel Folau has launched legal action against Rugby Australia and the Waratahs after he had his four-year contract terminated last month.

Folau has filed a Fair Work Commission dispute against his former employers as he begins the fight against the termination of his multi-million dollar contract.

Under Australia’s Fair Work Act, Folau had 21 days to file an unfair dismissal claim, a time limit that was set to expire on Friday.