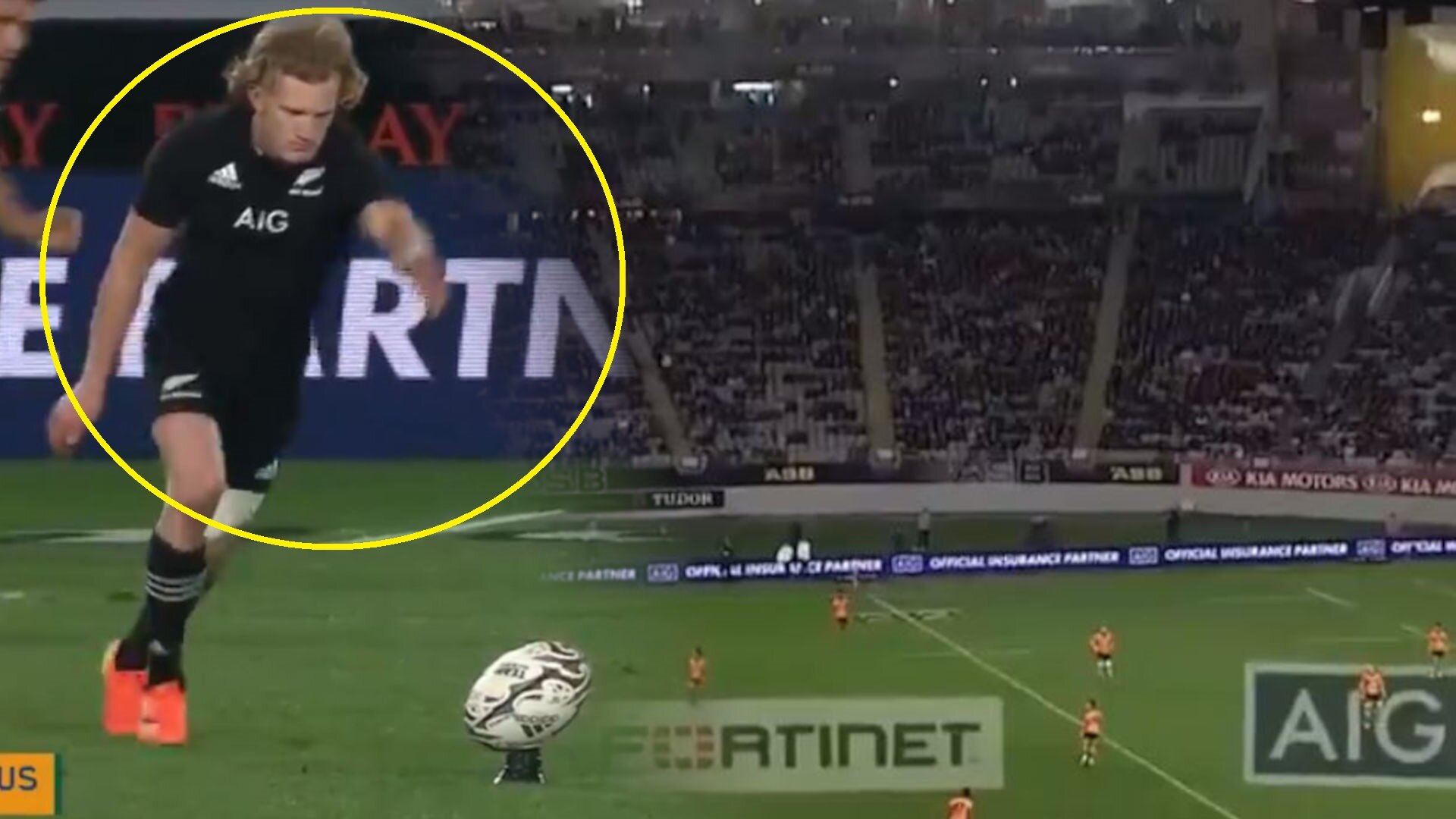 Damian McKenzie kicks the equivalent of 70m penalty at altitude

All Blacks star Damian McKenzie has kicked a world record penalty – had it been at altitude in Johannesburg.

The Wallabies lost to New Zealand 57-22 at Eden Park in the second Bledisloe of the 2021 Series, but Damo’s kick stood out.

So this kick is at about 55 metres but we’ve asked the new Rugby Onslaught Science Unit to crunch the numbers on how far this kick would be if it had been kicked in Jo’burg in the South Africa.

The answer computed was frightening.

Our scientists worked out at the kick would be at least 70 metres, which is further then any South African has ever kicked.

Have a watch and see if you agree.

Damian McKenzie UNLEASHES from over 55m 🤯

The #BledisloeCup. Every Match. Ad-free. Live & On Demand.#NZLvAUS #TRC2021 pic.twitter.com/QrMNo53Wgf